Small steps start the journey to a better lifestyle

It was a bad night for Ken Goodrich. The CEO of Goettl Air Conditioning sat in his house two years ago, wondering if he would be alive in the morning. The pressure of building a multistate HVAC firm led to eating too much and eating poorly. Goodrich made too little time for sleep, much less exercise.

After that difficult night, Goodrich decided to overhaul his lifestyle. He changed his diet and stopped drinking. He started moving more. This happened during the early months of the pandemic, so Goodrich spent plenty of time on calls. He spent that time walking back and forth, the steps adding up quickly.

The state Goodrich found himself is unfortunately common for business owners. The body stores energy when under stress, making weight gain easier. Then, entrepreneurs tell themselves they earned that large steak or an extra glass of wine at dinner.

“As you neglect yourself, you are neglecting your family, your employees, your customers, and your business,” he said. “I neglected myself to the point of near death.”

Today, Goodrich weighs 100 pounds less. He was on two medications for high blood pressure, and now he takes neither. Goodrich also no longer uses a CPAP machine at night.

These changes benefitted Goettl as well as Goodrich. He started to have more energy and think more clearly. Goodrich said business owners take care of their companies by taking care of themselves.

Others noticed the changes Goodrich made. Paul Redman, vice president of sales for Contractor Commerce, was stunned when he met with Goodrich for a podcast for his old employer, Ryno Strategic Solutions. The two started a Facebook group, First Step with Ken Goodrich, to share this story and inspire others.

The group currently has 194 members, almost all from the HVAC business. They share details about their journey, capturing some of their exercise routines on either videos or through an app called Strava. Goodrich said a public commitment makes it hard to go back into bad habits.

Redman is very tall and a former athlete. Some might question his need to commit to healthy habits, but heart disease runs on both sides of his family.

“I have to fight every day to stay healthy and make sure I don’t slip,” Redman said. “I’m one of those people who can look at a bagel and gain two pounds.”

Journey Starts with the First Step

The name “First Step” reflects Goodrich’s philosophy that the way to make a big change is to start small. It was the message David Strider needed to hear. The regional manager for Goodman Manufacturing has known Goodrich for years, but hadn’t seen him for some time. Like Redman, the transformation amazed him.

Strider weighed 280 pounds at the time after being stuck at home during the early part of the pandemic. It was the highest weight he ever reached. Losing weight and getting healthier seemed out of reach until he spoke with Goodrich.

“I always saw it as a monumental task,” Strider said. “But it isn’t really difficult. It’s just easier not to do it.”

Strider started walking and eating better. Then he hired a personal trainer. He cut out sweets and soft drinks. Strider eats lean proteins and drinks his weight in ounces of water every day.

“It’s just become a part of my life,” Strider said.

Diet and exercise have become part of the training modules for Goettl employees. HVAC technicians have a reputation for poor eating habits. It’s somewhat deserved and also somewhat understandable for people who are constantly on the move and performing physical tasks. 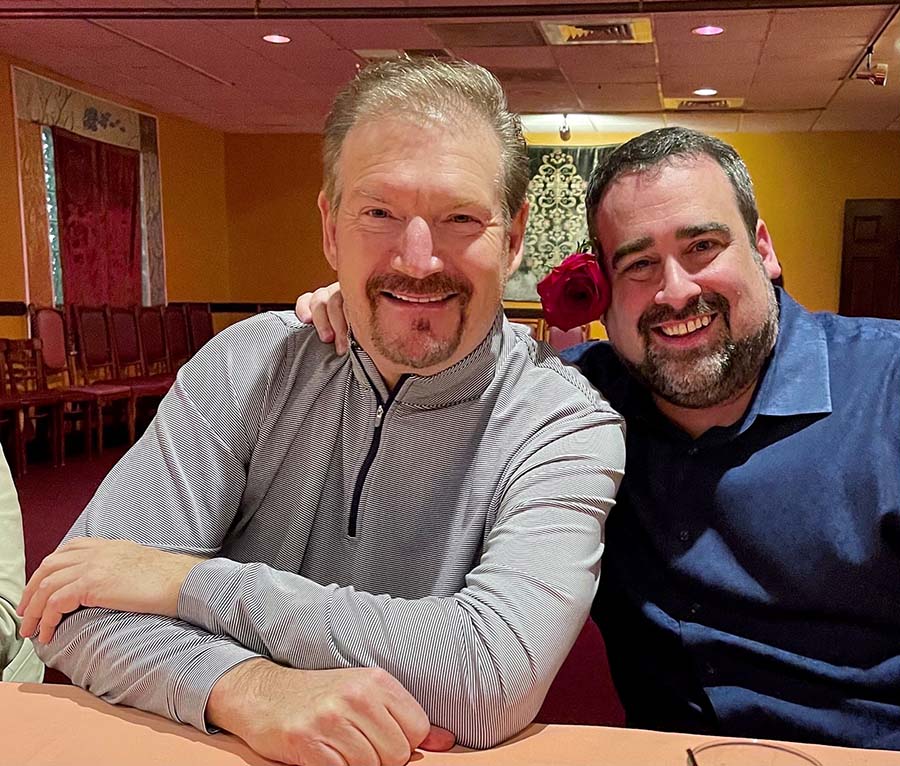 BEFORE AND AFTER: Ken Goodrich (left) impressed David Strider (right) so much with his 100-pound weight loss that Strider followed his lead (1). He went to 200 pounds from 280 (2). (Photos courtesy of David Strider) 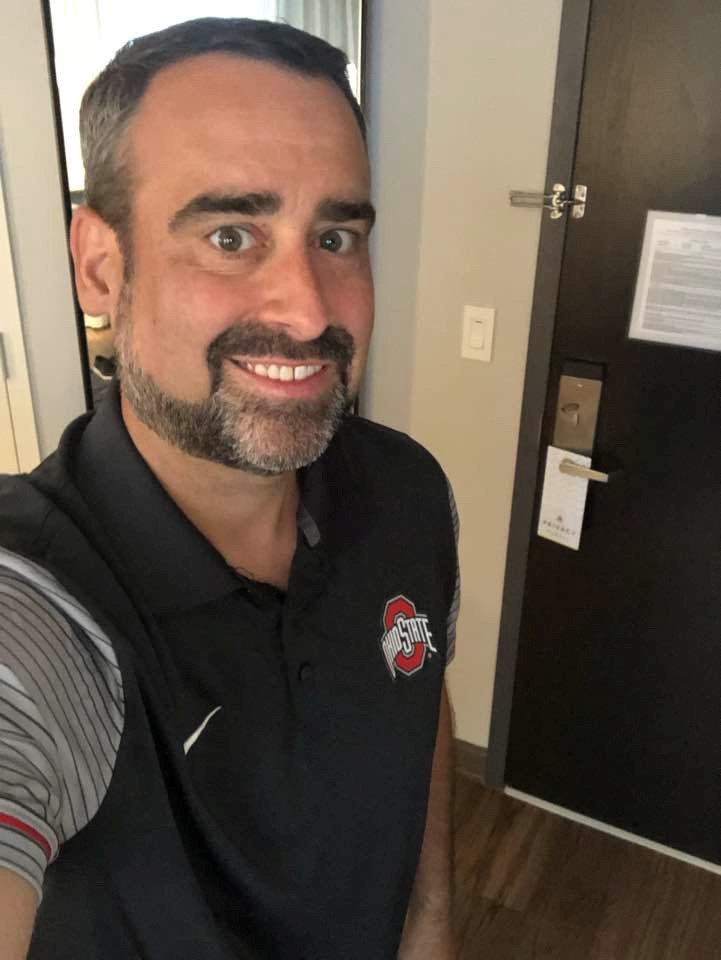 Plan Ahead for Healthy Living

“Being active on the job is a bonus, but it’s still important to eat healthily and get cardiovascular exercise,” said dietician Leanne McCrate.

McCrate said many factors contribute to a person’s health, including diet, exercise, and genetics. Healthy eating plays a significant role in preventing diabetes, high blood pressure, and heart disease. This includes a diet made up of lean proteins, whole grains, and lots of fruits and vegetables. As for exercise, McCrate recommends movement that elevates the heart rate for at least 20 minutes.

A technician’s day gets pretty busy, driving from one job to another. That’s often the reason given for a less-than-ideal diet. McCrate said planning ahead is vital to healthy eating. Even snacks should be part of the plan.

“When snacks are planned into your day, you will be less likely to pick up a candy bar or a bag of chips that actually contains three servings instead of one,” McCrate said.

Dietician Anna Rios recommends nuts as a good on-the-go snack. They are unaffected by temperature changes and pack plenty of protein. It’s even better to combine them with a piece of fruit. Rios said. Protein bars provide another option, but not all are equally good. She offers a rule of thumb to look for a bar with less than seven grams of sugar and more than seven grams of protein.

You Are What You Eat/Drink

A technician’s busy schedule also leads to guzzling energy drinks and other caffeinated beverages. These end up having the opposite of the desired effect, Rios said, because they cause dehydration. She said it’s better to aim for drinking two liters of water, which will actually boost energy levels.

“Prudent portion sizes are another vital part of healthy eating,” she said.

Bringing a sandwich from home or leftovers are better options, McCrate said. There are plenty of lunch boxes designed for people who work jobs like HVAC technicians. Many of the major tool manufacturers have their own branded offerings. Some technicians even carry a microwave in their trucks that they plug into the electric source.

Rios recommends to start by bringing a lunch once or twice a week. The rest of the time, she said, try to make better menu selections.

“You can eat out in a balanced way almost anywhere,” she said.

There is plenty of information available on diet and nutrition these days, but not all of it is valid. Both McCrate and Rios are dieticians, meaning they have formal training in this field. McCrate said credible sources include organizations such as the American Heart Association

Starting small seems the advice everyone agrees on. It may seem like a slow process, but the goal is progress. Having people join along the path makes it easier, as the Goodrich group shows.

“It’s just a journey, and we’re doing it together,” Strider said.