Best Practices for the Safe Handling of R-290

As a flammable refrigerant, technicians must be careful during service and repair

There has been a lot of discussion lately regarding the use of mildly flammable (A2L) refrigerants such as R-32 and R-454B in comfort cooling applications. These types of refrigerants are not permissible for use in commercial refrigeration equipment, but the flammable refrigerant, R-290 (propane), is allowed in small amounts (currently less than 150 grams in North America) and is widely used in many supermarkets, convenience stores, and restaurants.

In terms of regular maintenance required, there is virtually no difference between units that use flammable versus non-flammable refrigerants, said Marinko Tepic, P. Eng., vice president of engineering at Minus Forty. Regular maintenance for both types of equipment usually consists of cleaning the cabinet interior, exterior, and condenser at regular intervals (as recommended by the OEM), he said, and periodically cleaning the evaporator coils, depending on the cleanliness of the environment. 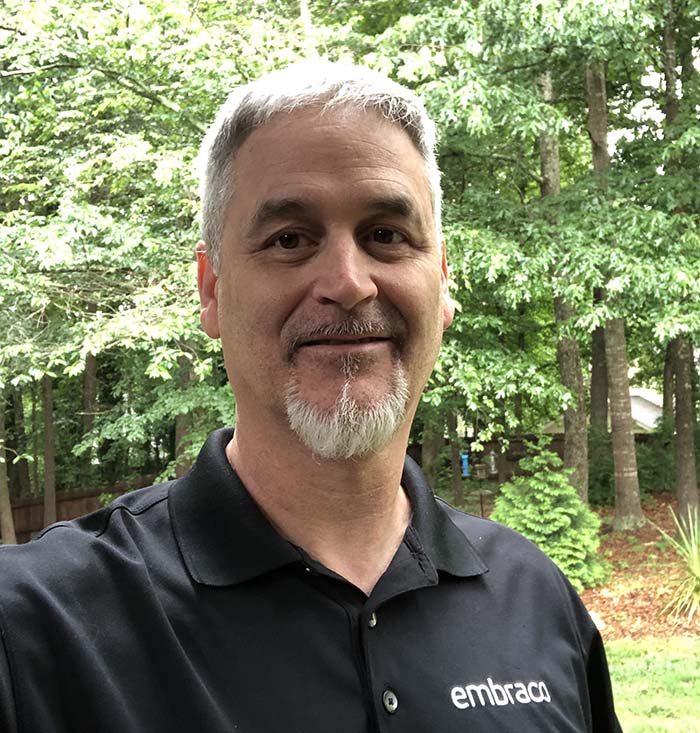 SITE SURVEY: Denny Martin from Nidec Global Appliance (Embraco brand) recommends that technicians perform a site survey before starting any service on an R-290 unit in order to look for any potential ignition sources.

As far as service on an R-290 unit is concerned — which refers to making repairs to any part of the electrical system or accessing the hermetically sealed system — Tepic said technicians must always turn on a combustible gas detector when entering the service area and make sure equipment power cords are unplugged or disconnected safely, as sparks from unplugging or power disconnects could ignite flammable refrigerants. Service must also be performed in a well-ventilated area, especially if the refrigerant hermetic system is being accessed.

“In addition, a Danger Propane safety placard should be applied in a visible spot near the service area to alert others that work is in progress and no smoking or open flames are permitted,” he said. “Instruct everyone in the immediate area as to the nature of the work and safety precautions, and always have an approved fire extinguisher readily available in the vicinity.”

It is good practice for technicians to perform a site survey before starting any service on an R-290 unit, in order to look for any potential ignition sources such as light switches or kitchen equipment with pilot lights, said Denny Martin, technical support and product manager for distribution and aftermarket at Nidec Global Appliance/Embraco North America.

“Take extra care on the side of safety and ventilate the site with a hydrocarbon (HC) gas-approved fan,” he said. “Before running the fan, place a hydrocarbon gas detector in the lowest part of the work site to check for any HC gas leaks. Leave it on during the entire service to monitor for HC gas accumulation, as hydrocarbons have no odorant. Remember to start the fan after the initial HC gas check. Ventilation and the detector are key to avoid buildup of a flammable mix during service.”

It is also important to use a hydrocarbon gas-approved fan and to make sure that the gauges are properly cleaned between uses, said John Prall, technical support engineer for commercial refrigeration at Nidec Global Appliance/Embraco North America. He also recommends using a dedicated HC manifold to avoid potential refrigerant contamination. 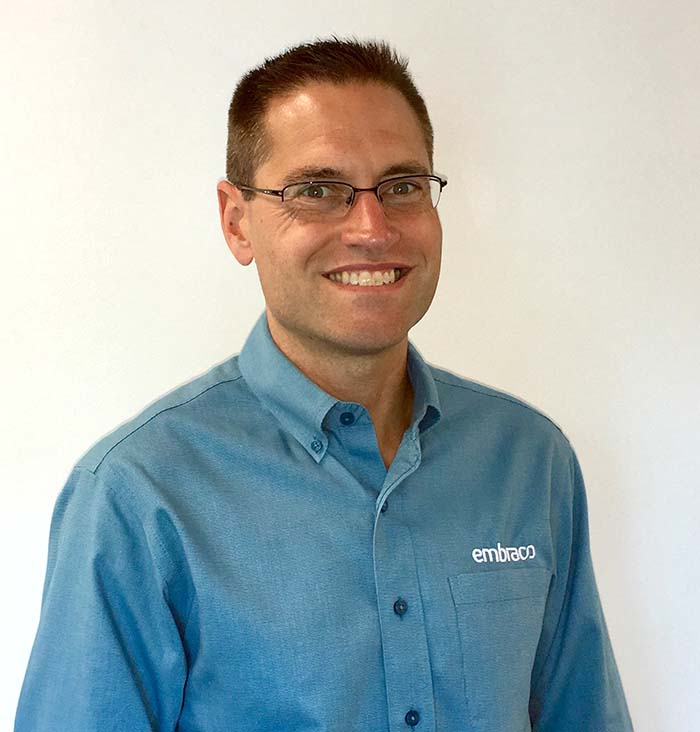 SIMILAR COMPONENTS: According to John Prall from Nidec Global Appliance (Embraco brand), the components found in an R-290 system are similar to those found in traditional types of systems but with some important differences.

As for the components found in an R-290 system, they are similar to those found in traditional types of systems but with some important differences. For example, the electrical components such as the fan motors, overloads, and start device are sealed in order to prevent them from igniting R-290 in case of a refrigerant leak in accordance to the IEC 60079-15 standards, said Prall.

“The compressors are specifically designed to have the optimal displacement and motor size for R-290, and when replacing the compressor, another R-290 compressor must always be used,” he said. “The metering devices and heat exchangers are also sized to maximize the performance of the R-290 refrigerants in the systems.”

As for operating pressures, they are very similar to older R-22 systems, said Prall, which means they are higher than R-134a systems and lower than R-404A systems. R-290 is also miscible with all conventional refrigeration oils, he said, and most commonly used with POE oil, and in some cases, alkylbenzene.

Method A involves venting R-290 (or R-600a) directly outdoors. EPA and Environment Canada have exempted these refrigerants from venting prohibitions; therefore, both can be vented into the atmosphere where safety is not compromised, said Tepic. When venting outdoors, service technicians must:

Method C involves recovering the refrigerant with the use of a specialty recovery vacuum pump, and according to Tepic, the procedure is similar to recovering non-flammable refrigerants into a recovery cylinder with the following exceptions:

When charging a unit with R-290, the procedure is the same as for other refrigerants, said Prall, except due to the very low charges of R-290, the systems are extremely sensitive to charge variations.

“For that reason, technicians must take great care to ensure the correct charge is applied to the system per the manufacturer’s specifications,” he said. “Also, be sure to use pure R-290 when recharging a system.”

To leak check an R-290 system, Prall recommends using an HC detector; however, he said that soap bubbles can be used in conjunction with HC detectors.

Like all refrigeration systems, the compressor in an R-290 system may need to be replaced at some point, and when that occurs, there will be differences in how that should be accomplished. 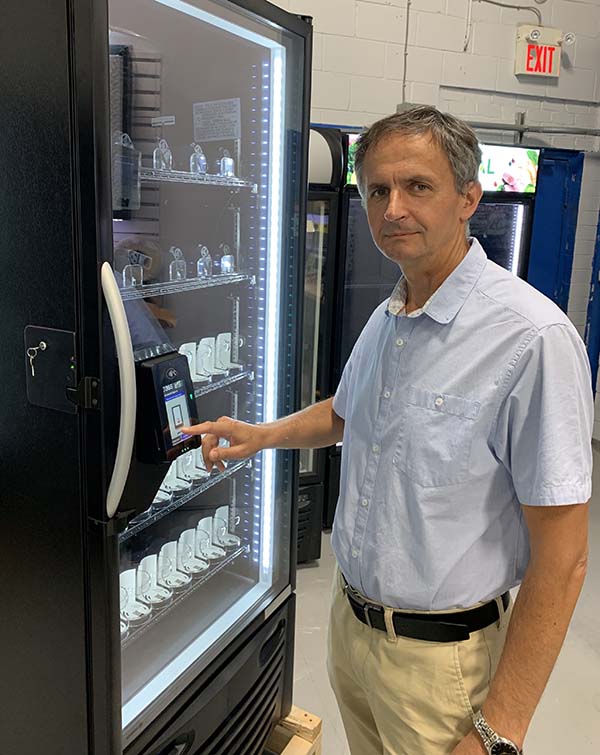 EXPERIENCED PERSONNEL: Marinko Tepic, PE, from Minus Forty notes that servicing R-290 equipment in the field is quite common as more experienced service personnel are becoming available.

“When replacing a compressor, the major differences between R-290 and traditional systems are 1) after evacuating the system, it’s important to cut out the compressor and/or components instead of unsoldering it; and 2) always make sure that the R-290 has been removed from the high- and low-side of the system by evacuating from both sides and doing a nitrogen purge before applying a flame to the system,” said Prall. “As an alternative, you can use a lock ring type flameless system.”

When replacing a compressor in an R-290 unit, technicians must take the necessary safety precautions in order to mitigate the associated hazards of fire and explosion related to flammable refrigerants, said Tepic.

“Soldering is not allowed on flammable-refrigerant sealed systems due to low melt temperatures of soldering materials,” he said. “Brazing is allowed only after the flammable refrigerant is recovered from the system and for subsequent sealing after process lines are double crimped and tested for leaks with a flammable gas detector.”

Initially, there were concerns with accessing hermetically sealed systems with flammable refrigerants due to technicians’ lack of specialized training and experience in dealing with those refrigerants, said Tepic.

“Nowadays, servicing such equipment in the field is quite common, since more qualified and experienced service personnel are becoming readily available,” he said.