This website requires certain cookies to work and uses other cookies to help you have the best experience. By visiting this website, certain cookies have already been set, which you may delete and block. By closing this message or continuing to use our site, you agree to the use of cookies. Visit our updated privacy and cookie policy to learn more.
Home » Dealing With Legionella Concerns as Buildings Reopen
NewsHVAC Light Commercial MarketHVAC Commercial MarketIndoor Air QualityCommercial Indoor Air QualityCoronavirus Coverage

Many buildings have sat silent during facility closures caused by COVID-19, which is leading some to worry about the possibility for outbreaks of legionella, the bacterium responsible for causing Legionnaire’s disease and Pontiac fever. Legionella thrives in stagnant water, which is a particularly high risk in buildings that have been closed due to the pandemic and are now reopening.

According to the Center for Disease Control (CDC), legionella is a bacterium that naturally lives in freshwater environments but can cause health issues in humans once it spreads into building water systems, such as cooling towers, hot water tanks, sink faucets, and more. The bacterium can infect humans and cause health issues when people breathe in small water droplets containing legionella. The bacteria thrives the most in warm water, which is compounded since warm temperatures create difficulty to keep disinfectants at safe levels.

Those infected can suffer from a severe lung infection known as Legionnaire’s disease, or another health issue called Pontiac fever. The CDC reports that reported cases of Legionnaire’s disease have grown by almost nine times since 2000 until 2018 (most recent available data). The CDC states that it is unclear whether the jump from a little over 1,000 documented cases in 2000, to over 9,000 in 2018, should be attributed to increased testing, increased vulnerability in humans, increased legionella populations, or a combination of the previous. About 10 percent of people who contract Legionnaire’s disease will die, and the disease is likely underdiagnosed, so statistics may underrepresent the true occurrence of the disease.

“This toolkit is an easy-to-understand interpretation of ASHRAE Standard 188 to help them understand which buildings water system(s) and devices need a legionella water management program to reduce the risk of Legionnaires’ disease,” he said. 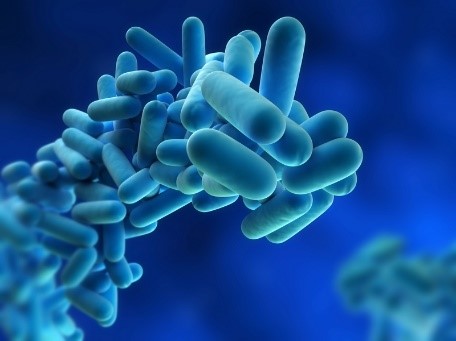 HEALTH PROBLEMS: Legionella is a bacterium that naturally lives in freshwater environments but can cause health issues in humans once it spreads into building water systems.

“They recommend you have a water management plan for every building, and they highly recommend that owners thoroughly flush all the cold, potable water lines in the building,” he said. Then the owners should flush the potable hot water systems and elevate the temperature in hot water tanks to 140º F to ensure the temperature throughout the distribution system is above 122º. Keeping the temperature that high for two hours will kill 90 percent of the legionella bacteria, he said.

“Even lawyers in the US are recommending their customers do thorough system flushing after sitting stagnant to minimize any possible litigation over a legionella outbreak,” he said. He noted that the most vulnerable facilities include gyms and community centers, with whirlpool bathtubs, hot tubs, and public spas where water fouling can occur in the pipes and then be spread to humans through the aeration of water and subsequent inhalation.

“The best way to confirm that you are maintaining no legionella bacteria is to test for it,” he said. He explained that there are two types of test methods: a culture check and a DNA test. The culture check (the most recognized type of test) requires that a sample of water be sent to the lab, and then bacteria is grown and monitored in a culture. This, however, is a lengthy process that requires the culturing of bacteria, so it can take 10-14 days before a facility gets its results.

A DNA test (a new technology developed by Spartan Bioscience) can be done on-site within an hour, and only detects live legionella bacteria, which is an improvement over other qPCR type DNA test methods. Such a quick turnaround, Strelau said, helps indicate when it is safe to resume building operations within a day, rather than waiting 10-14 days to find results.

Strelau pointed contractors to ASHRAE Standard 188 and guidelines to determine whether they should recommend that their customers build a water management plan or test for legionella. Cooling towers can also pose a risk for legionella spread through evaporative cooling, he said.

ASHRAE published an updated guideline to assist in reducing the spread of legionella in building water systems. ASHRAE Guideline 12-2020, Managing the Risk of Legionellosis Associated with Building Water Systems, provides guidance useful in the implementation of ANSI/ASHRAE Standard 188, Legionellosis: Risk Management for Building Water Systems. Three presentations about legionella in building water systems and Guideline 12-2020 will take place at the 2020 ASHRAE Virtual Conference.

Dr. Janet E. Stout, president of Special Pathogens Laboratory and an ASHRAE member, said that the Standard 188 and Guideline 12-2020 complete a set for contractors who take the risk of legionella in building water systems seriously. She explained that the standard was a short, high-level document informing people on how to put together a water management program, and the guidelines offered a practical way for contractors to go about doing that.

“The most important role for contractors is to remind themselves and their customers that legionella could be in their building water systems,” she said.

In addition to the ASHRAE standard and guidelines, she recommended the Cooling Technology Institute’s (CTI) Guideline 159, which is specific for the management of cooling towers to manage legionella risk. The Association of Water Technologies (AWT) has a legionella position document, and she said contractors should also take note of the ASSE/IAPMO/ANSI Standard 12080, the first professional qualifications standard for those involved in legionella water management.

“The only way to show that legionella has been managed effectively is to test for legionella,” Stout said. “And people get confused because they think you can do other things like just measure temperature or even just have a normal check of the biocide in the cooling tower, and that's not enough.”

She explained that people should not be afraid of testing for legionella, because the goal is zero cases, as opposed to zero legionella. If some bacteria is detected, that is tolerable as long as the risk is managed.

“Contractors are the conduit of accurate information for their clients,” Stout said. She explained that people must be informed about how to safely reopen buildings following the COVID-19 crisis, and so her organization has offered a hub of useful information at specialpathogenslab.com/documents to ensure buildings are reopened safely.