Humility and trust are the keys to success

Do workers at an HVAC firm need to like their managers or the owner? It may not hurt. Several studies show people respond better in work situations to those they find “likable,” including managers. One study published in Journal of Applied Psychology found workers weren’t only more satisfied with their jobs, but performed better if they liked their leader.

“Likability doesn’t mean you’re weak,” said Steve Coscia of Coscia Communications Inc. “Likability means you have enough self-confidence to know you are good at what you do and you don’t ever have to talk about it because it’s so obvious to everyone that you know what you are doing.”

Still, there is a school of thought that workers need a “tough” boss in order to perform best. They operate under a false image of someone who barks out orders and gets results. If staff fail to deliver, they’re gone. Rachel Whitman, director of NexTech Academy, says it doesn’t work like that in the real world — especially since if you fire someone or force them to quit, you need to replace that person.

And as Matthew Holtkamp, owner of Holtkamp Heating and Air in Suwanee, Georgia, said, who wants to work for a jerk? The HVAC business has always been an industry where you could quit a job in the morning and find a new one in the afternoon, Holtkamp said. That’s truer than ever. Holtkamp said that while he doesn’t coddle, management reaches out to employees every day to make sure they’re happy. Sometimes he’ll ride with technicians for a day to catch up and see where they want to go next.

Leaders Should Sell Themselves to Staff

“I’m selling to my employees on a daily basis as much as my customers,” Holtkamp said. ““The same thing that would make you successful with a customer when selling them on a new system, you need to have those same attributes with your employees.” 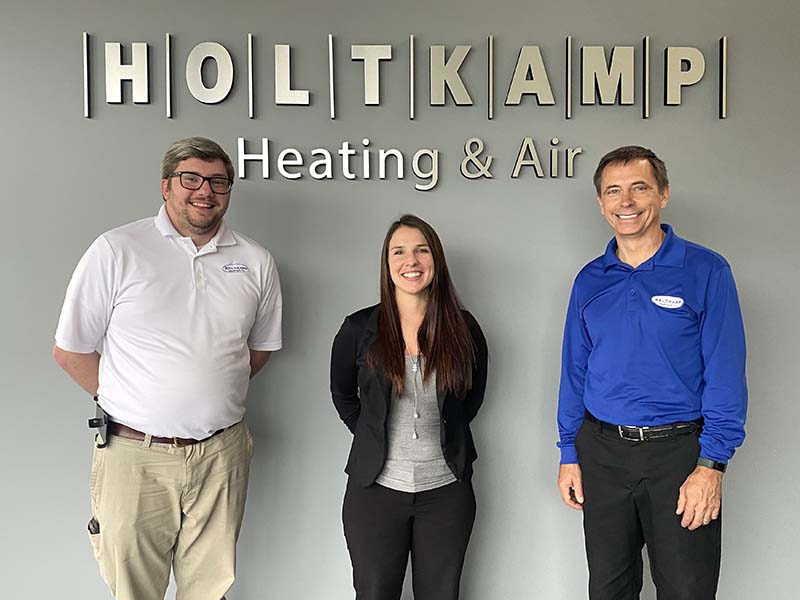 Developing those kind of skills led Ricky Orta, co-owner of M & R Air Conditioning in Boca Raton, Florida, into management. Orta knew he would leave his commercial HVAC contractor at some point to start his own residential firm. That would require better people skills. Orta found people responded best when he showed an interest in their own interests, whether it was a favorite TV show, a hobby, or even a gadget. He uses that technique today to build a rapport with homeowners.

“I’m very good at having conversations with people, even if it’s things they just like,” Orta said.

He also avoids micromanaging his staff, something he disliked as a technician.

“I let people do their thing,” Orta said.

When Coscia worked as a service manager, he said his goal was always to hire the best people and help them to become more successful. This means being open and leading by example. If a manager or owner makes a mistake, he should admit it, saying that he’s not perfect but is working on getting better. There is an overall benefit to focusing on correction rather than punishment, Coscia said. By making people better, you are refining your own processes.

“Helping people become more successful is a lot easier if I, as a manager, practice greater humility,” Coscia said. “Humility is a lot more powerful than arrogance or being condescending.”

There are times when those in management do need to be tough, Coscia said, but not all the time. They should reserve that for a one-on-one conversation with someone who has made the same mistake numerous times. Holtkamp said he lays out the expectations for each employee at hiring and makes sure they are capable of meeting those expectations. This makes those tough conversations easier.

“You can hold people accountable and create parameters without being a jerk about it,” said Whitman.

Managers need to provide structure while remaining flexible, she said. This seems contradictory, but it comes down to communication. Staff must understand the structure of the business and management must understand when that structure malfunctions. A structure that doesn’t make sense doesn’t achieve goals, Whitman said.

A challenge for the HVAC business comes from the background of those in charge. Often the people promoted into management or who start their own firms were the best people at working with machinery. That’s why organizations such as the Air Conditioning Contractors of America and Nexstar are offering more soft skills training these days.

Being Trusted Even Better Than Being Liked

Of course, there is a difference between being disliked and being likable. Drew Cameron, president of HVAC Sellutions, said some people go too far the other way.

Focusing on being too likable causes other problems. Holtkamp used to go over to his employee’s homes for dinner when his wife would go out of town. Eventually, his wife said it was too close a relationship and would create problems in difficult situations.

“I’m still like that when we’re working side-by-side, but I no longer develop those deeper relationships,” Holtkamp said.

Orta said the hardest part for him was finding a balance between being liked and enforcing discipline. He had the extra challenge of being promoted up from the ranks and finding himself managing more experienced technicians. Ricky responded by working harder, running the last service call of the day, volunteering to work weekends, and taking on the toughest jobs.

Cameron said while people would prefer to like their managers, it’s more important that they trust them. This means knowing the manager or owner has the best interests of the staff in mind all the time. Cameron said staff will follow even if they don’t like the leader if they understand why.

“Trust is actually a skill you can build,” Cameron said.

Trust comes from displaying intent, authority, and competence, he said. It requires an agenda that goes beyond making money. A study published in Industrial and Labor Relations Review backs up Cameron’s view. It find employees are happier with managers who are competent in the main business activity. The opinion of competence proves more important for job satisfaction than any other factor, including pay, the study stated.

In the end, it all comes down to buy-in. Success comes from not alienating employees and from creating an atmosphere of respect.

“People like their jobs better if they have skin in the game,” Whitman said.