Delivering cutting-edge features and zone control while keeping utility costs at a minimum for residents.

The availability of affordable housing is a big problem in Hawaii, so the state is incentivizing developers to help tackle this issue. Additionally, Hawaii’s cost of electricity for the residential sector is the highest in the nation—currently 2.5 times the national average—so it can be a heavy burden on households that are already struggling.

When developer Timothy Yi, President of Samkoo Pacific, LLC & Samkoo Hawaii, LLC, set out to build the Kapiolani Residence in Honolulu, Hawaii, he wanted to provide an affordable housing option with enhanced functionality and modern design. And part of its affordability had to be keeping utility costs low for residents as well.

The Kapiolani Residence is a 45-story tower with 484 individual residences including studio, one, two, and three-bedroom units. The ground floor includes commercial space and the separate parking garage has electric vehicle charging stations and bicycle storage as well as a recreation deck.

The housing project was built under the state’s 201H affordable housing law, which is administered by the Hawaii Housing Finance & Development Corporation (HHFDC). Of the 484 units, 292 are offered as affordable housing units that are reserved for Hawaii residents who meet the household and income requirements set by the HHFDC.

Due to the inclusion of lower income residents, Samkoo knew they wanted a heating and cooling solution that was both modern and cost effective for Kapiolani residents while keeping independent zone control for the units and common areas.

Samkoo turned to Samsung, who recommended a design that featured a variety of residential and commercial HVAC products.

Each residence, depending on the size of the unit, was equipped with either a Smart Whisper mini split system or Free Joint Multi (FJM) system with Whisper wall-mount indoor units. These systems feature a Digital Inverter compressor which operates at variable speeds to allow the compressor to run at precisely the speed needed to maintain the set temperature without turning the system on and off, adding efficiency and cost savings. The wall-mount units feature a reusable filter that can be washed or vacuumed for additional cost savings. And with the FJM system, tenants are able to control or turn off individual rooms/zones to avoid conditioning rooms that aren’t being used. Plus, the compact size and quiet operation of the Smart Whisper and FJM outdoor equipment allows them to be installed on lanais (or patios) without disrupting residents. 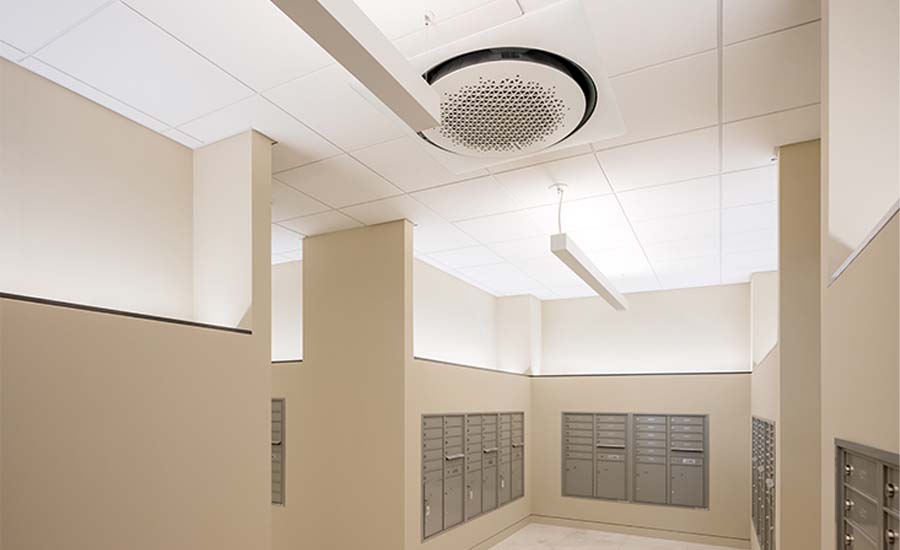 This case study was commissioned by Samsung HVAC