This website requires certain cookies to work and uses other cookies to help you have the best experience. By visiting this website, certain cookies have already been set, which you may delete and block. By closing this message or continuing to use our site, you agree to the use of cookies. Visit our updated privacy and cookie policy to learn more.
Home » HVAC Contractors Need a Plan to Make Sure Their Business Outlives Them
Business Management

Getting affairs in order means having people in place

A family in California recently made the difficult decision to close down their HVAC firm after the father, who owned and operated the business, died unexpectedly. They tried continuing without him, but finally decided it wasn’t possible. This story proves all too common for HVAC contractors. Often, the owner “is” the business — and if he dies, it dies with him.

Entrepreneurs in general tend to have a more optimistic attitude than average. As a result, they are even more reluctant to think about their mortality, especially if they’re relatively young. But avoiding the topic creates problems for their families and employees if the worst does happen.

“These big problems happen to small businesses, and these folks aren’t typically prepared for what might happen,” said Joseph Marion, an attorney with Adler Pollock & Sheehan PV who works with many HVAC contractors.

An HVAC contractor is often somebody who went off on his own after working for someone else, and who now oversees a staff of a dozen with $2 million or $3 million in revenue, Marion said. He’s still going out and quoting jobs. He’s the one with all the relationships, including customers and vendors. Many of these kinds of people just aren’t good at delegating, said Cleveland Clinton, an attorney with Texas law firm Gray Reed who specializes in working with families in transition.

“They love their work,” Clinton said. “They have all their money tied up in their business. The only thing that saves them is they outlive all their problems.”

HAVE A PLAN IN PLACE

HVAC contractors need a team in place now, consisting of a business attorney, an estate attorney, an accountant, and a financial planner, Clinton said. All parties, both professional and familial, need to know each other well before something happens, Clinton said. Often, contractors fail to even keep their families informed about what’s happening at their businesses. 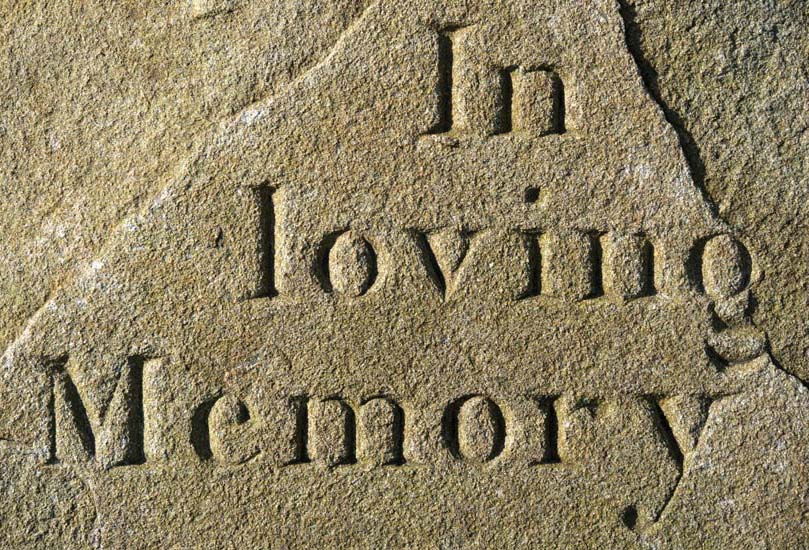 ALWAYS WITH US: The owner of an HVAC business often “is” the business, and if he or she dies, the business tends to die with them.

Then the owner, his family, and the team need to come up with a plan for what to do if something happens. Clinton said closing the business is the second-worst outcome for a family if the owner dies unexpectedly. Worse is to continue trying to operate the business in an inefficient way, creating debts that the survivors have to pay.

One of the main questions to answer is, “Who is going to step in and run the business?” A contractor needs to identify somebody who would be put in charge in case of an emergency. If not, competitors will descend and try to capture business. It’s also not uncommon for employees to leave with their customers — and, sometimes, with the inventory and equipment — when nobody is in charge.

“If that happens, the value of your business plummets,” Clinton said.

Many small business owners don’t want to tie up money in life insurance, Marion said, but they should. At the very least, a policy keeps the business afloat while a new owner is sought. Closing the doors, even for a few days, brings down the value of a business, Clinton said.

If there are no partners and nobody in the family or at the business can step up, the survivors need to look elsewhere. This might mean hiring somebody from the outside, maybe from a competitor.

One source of help could come from a peer group. Todd Washam, vice president of public policy and industry relations at Air Conditioning Contractors of America (ACCA), has seen similar situations among ACCA’s MIX Groups. In these cases, it was a family emergency that took the contractor away from his business for an extended period of time. The other group members traveled to that contractor’s location and oversaw the business for a week at a time. Washam said the same could be done in case of an unexpected death to help the surviving spouse through a transition.

“They know each other’s companies through and through,” Washam said.

One insurance option to consider is a buy-sell agreement. This arrangement sets the terms of a sale, both the buyer and the price. The price is set by an accountant who determines the value of the business, usually based on three to five years of income. If a price isn’t set beforehand, a drawn-out process can ensue that holds the status of the business in limbo and can lead to defections. Either partners or employees can use the payoff from the buy-sell policy to buy the business. 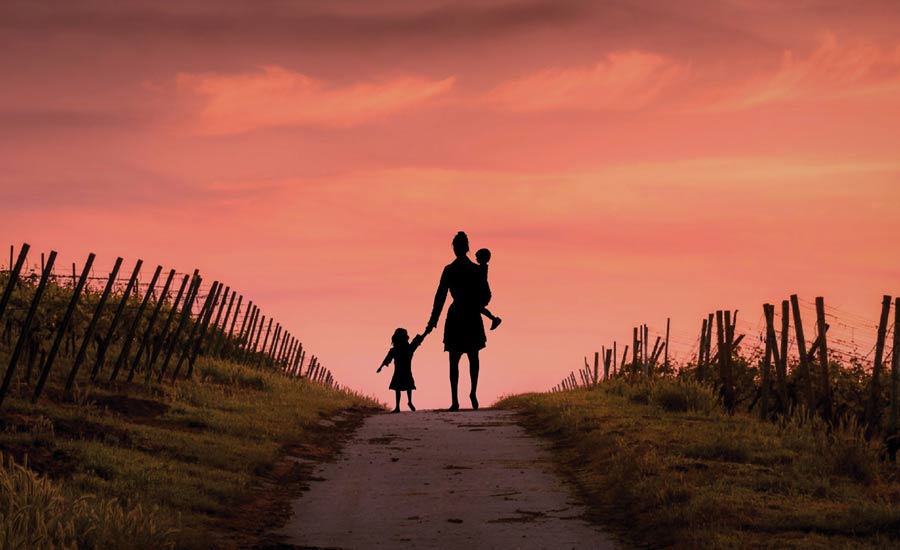 MOVING ON: Sometimes the best option for a family is letting go of the business, whether that means putting it on the market or closing up shop.

“The beauty of this is that without strapping the business with debt, you have cash that can be used to buy out the widow,” Marion said.

A buy-sell agreement also helps avoid disputes with partners or other family members. The policy payout can be used to buy out a child who doesn’t want to be involved in the business, for example. Family disputes are often a source of problems when an owner dies expectedly.

“In addition to not figuring out a buy-out plan and not getting a valuation, many folks also have not dealt with their own family issues,” Marion said.

This is why pre-emptive mediation often proves useful during estate planning. Joshua Fruchter’s firm, Merge Mediation Group, works with family businesses to resolve estate planning and management succession disputes. The advantage of working with a mediator over an attorney is that attorneys are ethically limited to representing one side in a dispute, while mediators can work with all parties and remain impartial.

“Since mediators can become fully informed on all the positions without breaching ethical rules, it’s easier for them to fashion a compromise,” Fruchter said. “And often, it’s not even just about the money. There is also usually going to be some emotional component, and parties are often more comfortable sharing their emotional needs with mediators than with attorneys.”

When there is no conversation between family members before major estate planning decisions are made, there are often unspoken expectations. The dashed expectations that result when estate plans are ultimately disclosed can become a major source of family conflict, Fruchter said. If such conflicts spiral into litigation, legal fees will eat up the parties’ assets and distract from the operation of the business. Positions harden once litigation commences, making settlement more difficult. Pre-emptive mediation in the estate planning process avoids these problems.

If the family does in the end decide to put the business on the market, the process requires diligence. The survivors must make sure all legal contracts, contractor agreements, insurance, and bonds are up to date, and they need to make sure taxes are all paid up. They could then either hire a broker to sell the business, or go to some of the firm’s biggest competitors and offer to sell.
— Cleveland Clinton attorney Gray Reed

Another way to prepare for the worst is creating an entity to own the business. Many small businesses, such as HVAC contractors, are sole proprietorships, but there are other organizational options, such as an LLC or S-Corp. Clinton said the goal is getting rid of obligations. 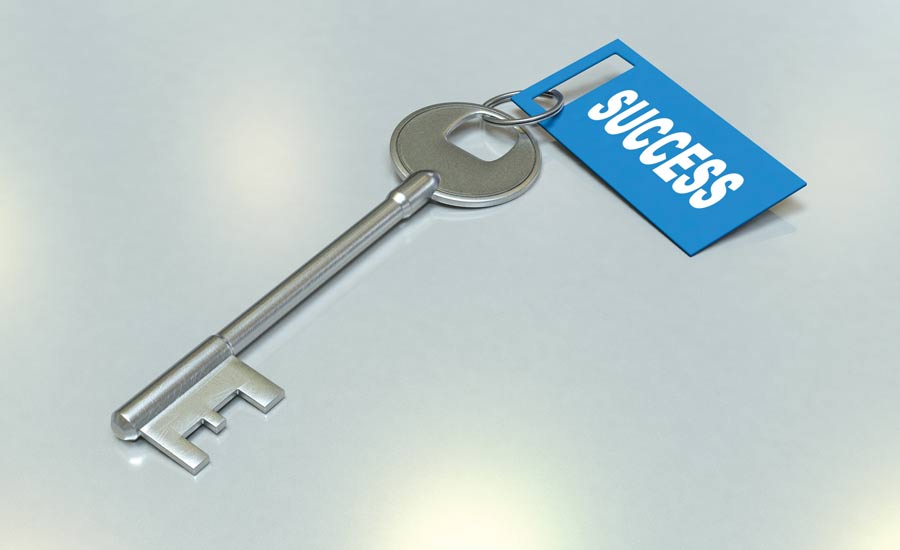 HANDING OVER THE KEYS: Having a succession plan or a buy-sell agreement in place makes it easier to establish new ownership.

“You want the business to be responsible for its own debts,” Clinton said.

If the family does in the end decide to put the business on the market, the process requires diligence. The survivors must make sure all legal contracts, contractor agreements, insurance, and bonds are up to date, and they need to make sure taxes are all paid up. They could then either hire a broker to sell the business, Clinton said, or go to some of the firm’s biggest competitors and offer to sell. Clinton said to make sure to identify at least two to get the best price.

If the family does just want to close shop, they need to make sure there is no litigation or judgments and that bills are up to date. If that’s the case, they can go to Chapter 7 bankruptcy and shut it down. If it’s an LLC and there is a secured creditor, they can avoid Chapter 7. All other creditors get behind the secured creditor.

The message all these attorneys stress to business owners is the same: None of us live forever. As difficult as it may be to ponder, HVAC contractors need to plan for their own mortality to make sure the business lives on.