When asked why John Eanes, owner of Eanes Heating & Air Conditioning, which has locations in High Point, Greensboro, and Winston-Salem, North Carolina, was the best contractor to work for, service technician Chris Westberry didn’t hesitate in answering.

“He’s a very thoughtful owner who takes opinions into consideration anytime he’s making decisions,” he said. “He values what you say as an employee, which is important. He’ll take the time to ask you how you’re doing, how’s your family, small things like that. It really adds up and makes a difference.”

Service technician Josh Redmon agreed, noting, “Having spent time at companies where I felt like I was just a number, at Eanes I feel valued. It’s nice to work somewhere that’s small and where your work goes noticed.”

In fact, feeling valued seems to be a common theme among employees at the company, and it’s a sentiment that Eanes takes great pains to nurture. These attributes among others are what earned the company the title of The ACHR NEWS’ Best Contractor to Work For in the South region.

FROM MATH TO HVAC

Ironically, as much as John Eanes loves his job — and his employees — he never intended to work in the HVAC industry, even though he literally grew up in the business. His father, Jimmie Eanes, started Eanes Heating & Air Conditioning in 1968, and after college, John Eanes came back to work at the High Point office for a year. And he hated it. 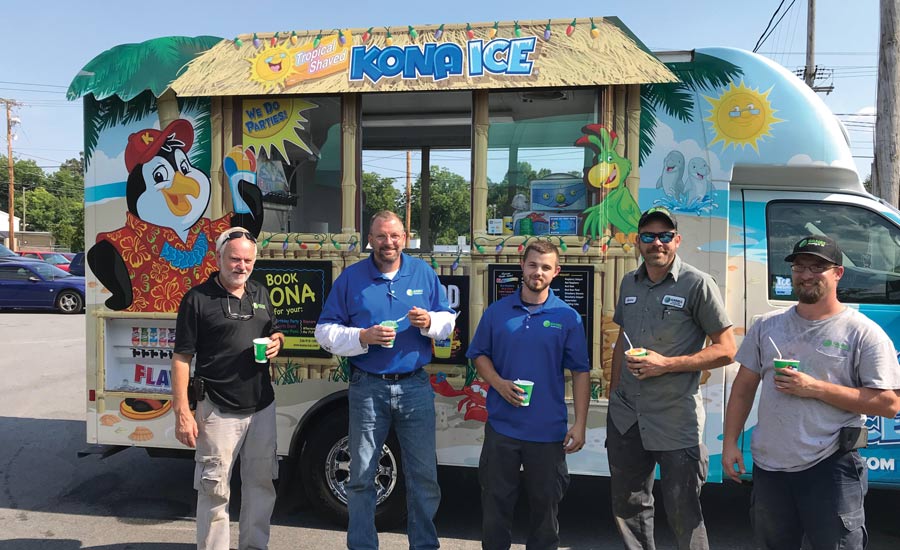 TASTY TREAT: Technicians relax with a tasty treat after participating in a team-building event. Eanes regularly schedules opportunities for staff to get together outside work.

John Eanes left the company and moved to Raleigh, North Carolina, where he became a middle school math teacher for the next seven years. He met his wife, who was also a teacher, and went back to school to obtain his master’s degree in the hopes of becoming a principal in his district. However, budget cuts resulted in the elimination of most of the assistant principal positions, and with the impending birth of his first child, he decided to move back to the Triad and work for his dad again.

“And this time, I loved it,” he said. “I love what I do now, but I think all the skills I learned as a teacher transferred over, and I think I had to go through that before I was ready to come back here.”

Jimmie Eanes fully retired about three years ago, and John Eanes took the reins in what he called a “seamless” transition. Since then, he has made gradual changes to the company as he continually strives to improve, as well as make it a better place to work. To that end, he is always open to doing things differently, and he encourages employees to provide him with feedback.

“I think it’s important to get people’s feedback and ideas, because if they don’t have ownership, then it’s never going to work,” he said. “I have more of a coaching mentality — we’re on the same team, we just play different roles. I never want it to be, ‘This is what I decided, this is what we’re going to do, if you don’t like it get out.’ That just doesn’t work anymore in today’s culture. I think people now believe that the status quo is not okay, so we’re always going to try a new idea. I’ve made a lot of mistakes along the way, but you really just learn from your mistakes, and I think this makes you more innovative.”

One of the areas in which John Eanes had to be innovative was the way in which he approached attracting and retaining employees. Like other contractors, he had struggled to find and keep technicians, so he decided to overhaul the entire process. 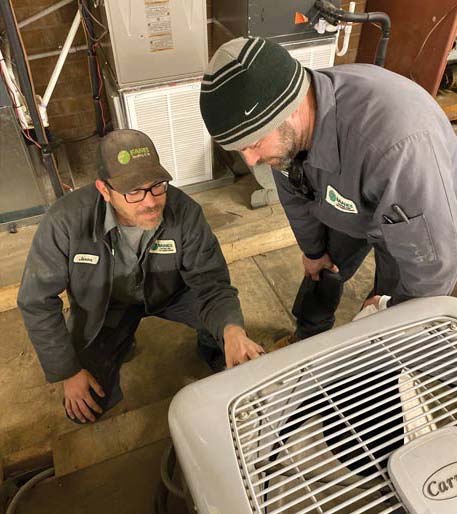 SHORT WEEK: Installation mechanics Jason Combs (left) and Travis Vanhoy work on a system in a customer’s home. Installers and technicians have the option of working a four-day week at Eanes.

“John really thought outside the box on this issue,” said Bryan Minish, operations manager. “He noticed that other companies were swiping our prime technicians by offering more money, so he made some big changes.”

“We dropped our call volume back, and our technicians can choose to work four or five days, even if they’re in the install department,” said Minish. “So basically, we brought on more people to run the same amount of calls, which hurt the pocketbook. But since we made those changes, people are a lot happier, and our turnover is very low.”

As for finding new employees, John Eanes decided to hire people based on attitude rather than experience. If he finds someone who he believes would be a great addition to his company, he will pay to send them to HVAC school. So far, Minish said the company has sent about 10 people to school, at the cost of about $9,000 each. And all those technicians are still with the company. 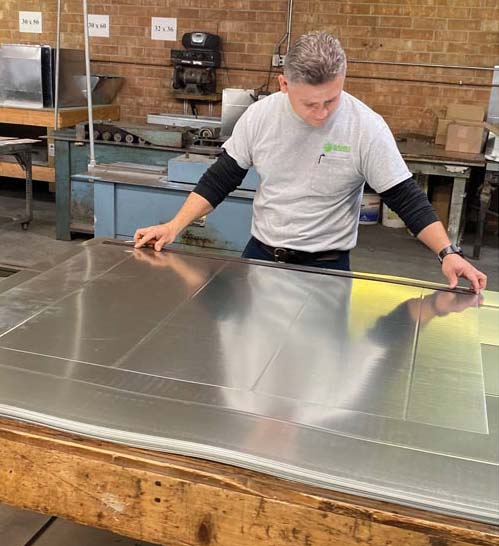 MEASURE TWICE: Juan Lopez, an installation mechanic at Eanes, carefully measures the sheet metal before cutting it in the shop.

One of those technicians is Redmon, who had received a master’s degree in church history and was working in antique furniture restoration before making the switch to HVAC.

“I was looking for a career change, and after meeting with John, I found that he was willing to train me and give me a chance to work here,” he said. “I was very clear and candid with him, and I told him that I could basically adjust my thermostat, but that’s where my experience ends. But John talked to me and got to know me, then he offered me a job. He put me through school, and I received a lot of on-the-job training, and I’ve been here for two years now. There aren’t many companies out there that will put a lot of faith in their employees or into people in general, and give them a shot. That’s why I’m very happy here.”

Identifying people like Redmon, who have both a good attitude and a good skill set, is one of the best things the company has done, said John Eanes. 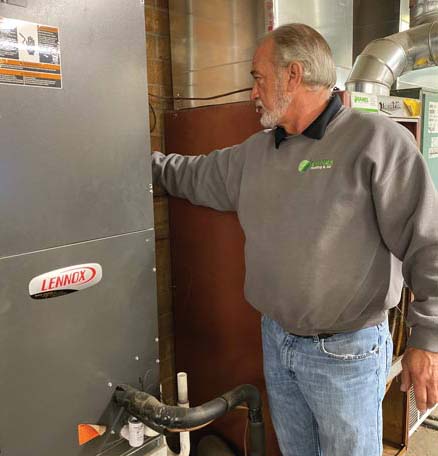 SECOND LOOK: Eanes’ installation quality control point person, Jeff Cockman, looks over a system to make sure that the installation was completed correctly.

“I love to tell people that some of our best technicians used to drive a meat truck or make sandwiches at a restaurant,” he said. “We find people with good attitudes, we send them to school, we train them ourselves, and we turn them into technicians. We’ve had really good success doing it that way, instead of trying to hire people from other companies. I think it’s really cool that we can teach someone a trade that they will have for their whole lives. It’s a life skill that will never go out of style. I get a lot of satisfaction from that.”

Another important point that John Eanes learned is that it is always necessary to be on the lookout for potential employees.

“I learned a number of years ago that you have to recruit every day — it’s a year-round thing,” he said. “You can never just hope that someone’s going to walk through your door and solve your problems, because it just doesn’t work that way. You have to go out and find people.”

Training and team building are also year-round activities at Eanes, and they’re some of the many reasons why technicians enjoy working there.

“John puts a lot of emphasis on education,” said Westberry. “I’ve been here for going on two years, and they’ve invested a lot in me. It’s not just the diploma that I got from community college; it’s the continuing education that I receive through manufacturers and other training. I feel like it’s been a really great benefit. Especially for someone like me who’s new to the field. It’s definitely accelerated my learning curve.”

John Eanes said he tries to take advantage of any available training opportunities, but most of the time, he brings training in-house.

“Unfortunately, the manufacturers don’t offer as much training as they used to,” he said. “So we put a little training center out in our warehouse, and we teach classes out there when we can. Last year we had someone come in weekly to train us on a variety of topics. We also have test prep for NATE exams, because all our techs are NATE certified. I think people want training, and they want to learn. It’s just better for our customers, too.” 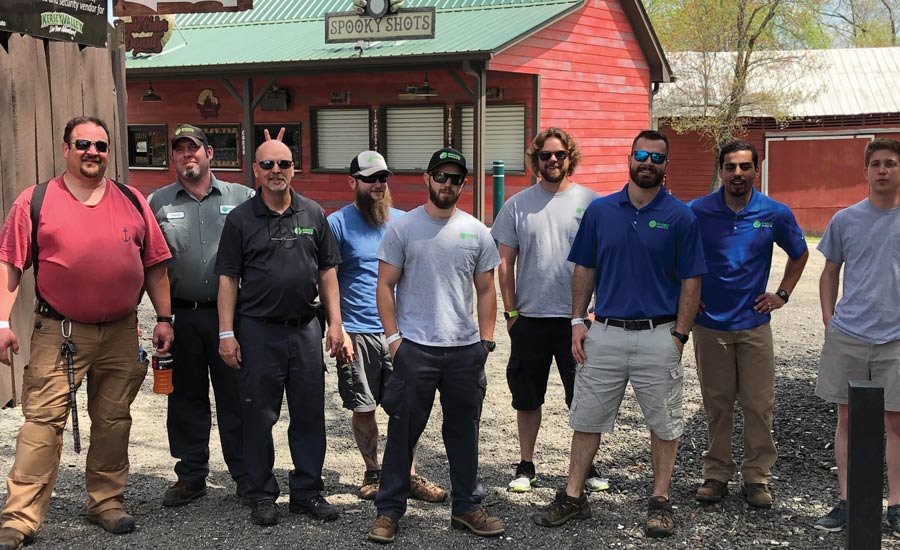 LASERS AND HATCHETS: Service technicians and installers at Eanes take part in some very competitive team-building activities, including laser tag and axe throwing.

While John Eanes is very serious about training and continuing education, he also provides plenty of opportunities for employees to have fun in and out of the office. Past team-building activities have included laser tag, go-karting, and axe throwing, and at least once a quarter, he will host a big breakfast for everyone in the company.

“John does it as a thank you, to let us know that our work goes noticed and appreciated,” said Redmon. “We do a lot of fun stuff where we can get together and take off the work helmet for a little bit and just enjoy each other’s company.”

Westberry also enjoys getting together outside of work with his coworkers, noting that “it’s always a good time. It’s great that they take the time to show that we’re appreciated. We get to do something fun and see a different side of our coworkers. You definitely find out who the competitive ones are.”

Besides the training and team-building opportunities, what Minish appreciates most about Eanes is the friendly atmosphere.

“It truly feels like a family,” he said. “I’ve been here for over 20 years, and I’ve had offers to go other places, but I’ve never even entertained the idea — that’s how much I like it here. This is a good place to work.” 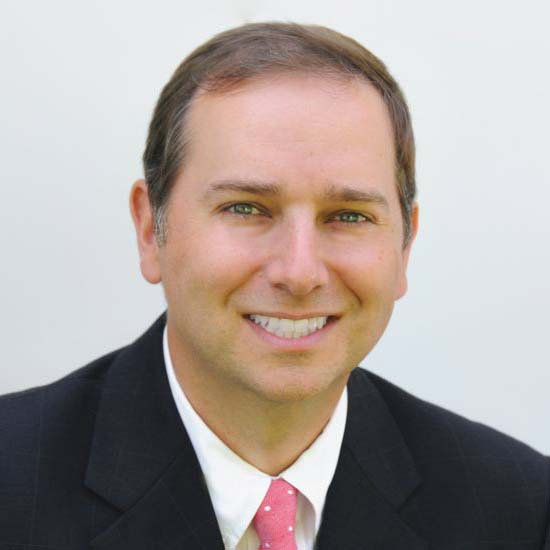 BENEFITS BEYOND MEDICAL/DENTAL INSURANCE: Two different medical plans, a free teledoc program, dental, vision, short-term and long-term disability insurance, life insurance, 401(k) matching, paid time off, and paid holidays. Also offer unit pay for the install team and spiffs for repairs for the service team. A chaplain comes by once a week to check in with the team and will go on hospital visits for employees and their families, along with providing counseling and other employee services.

THE ACHR NEWS SELECTED THIS CONTRACTOR BECAUSE: Eanes is a family-owned and operated business that prides itself on creating a friendly, family-oriented environment. The company has been innovative when it comes to recruiting/hiring individuals, and the decision to implement a four-day work week and increase pay reflects the commitment to existing employees as well.