Meeting the needs of a hospital is difficult enough, but when the patients come in variety of species, shed fur, and emit all kinds of odors, it’s even harder. That’s the challenge presented to HVAC systems by veterinary hospitals. The field is growing — Americans spent $72 billion on their pets last year, according to the American Pet Products Association. But money is tight at these facilities.

“We have a lot of demands, even more than a human hospital does, and we don’t have the budget for it,” said Paul Gladysz, a partner with BDA Architecture in Albuquerque, New Mexico.

Typical project costs at a veterinary hospital reach $300 per square foot, versus almost $1,000 per square foot at a traditional hospital. Veterinary hospitals are limited in how much they can charge, Gladysz said. Although pet insurance exists, this remains a mostly cash business. An MRI machine for animals costs the same as for humans, but the amount charged for its use is much lower.

The machine also produces as much heat as its human-scanning counterpart, so HVAC systems need to handle large loads at the lowest cost possible. And these facilities often require even more intense cleaning than a traditional hospital, which means add-on fixtures like high-intensity lights.

Humidity poses another challenge for HVAC systems in veterinary hospitals. The patients produce a lot of humidity, and HVAC systems need to be designed to mitigate mold as well as provide comfort. Gladysz said he aims for 50 percent interior rh, which can be a challenge in high-humidity areas like Houston or Florida.

The patients also produce CO2 in a relatively small space when they stay overnight. This makes ventilation crucial. It’s also crucial for controlling odors. Jerry Oglesbee, principal at 20/20 Engineering Inc. in Louisville, Colorado, said he designs systems with at least seven air changes for some rooms, depending on the occupants. As a rule, animals smell worse the smaller they get; guinea pigs smell worse than cats, which smell worse than dogs.

There are many reasons to keep each area of a veterinary hospital odor-free, but the most critical area is the front room, Gladysz said. A bad smell turns off pet owners. He said most facilities are broken into three zones: client contact, clinical (surgery, ICUs, etc.), and animal housing. The front zone is positive pressure, clinical is neutral, and back of house is negative. This causes odors to migrate from front to back, away from the pets’ owners. Setting up this system requires ducted returns, Gladysz said. 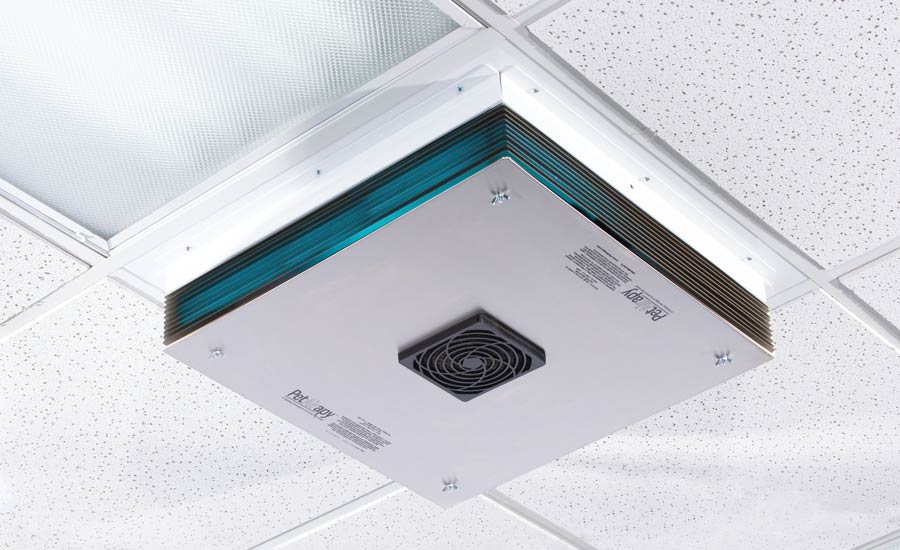 PREVENTING PATHOGENS: Ultraviolet light is an increasingly popular way to prevent the spread of pathogens at veterinary clinics.

In addition to controlling for odors, veterinary hospitals need to control airborne pathogens. Diseases like kennel cough are common, and certain animals, such as birds, are very susceptible to these illnesses. Some airborne illnesses, such as parvo virus, are especially dangerous. Gladysz said he recommends 100 percent ventilation with UV filtering for isolation rooms that treat this type of illness.

The use of UV filtration is growing at veterinary hospitals. Annette Uda, president of PetAirapy, a maker of UV technology, said hospitals used to only utilize her company’s products in surgical rooms. Today, they install the devices throughout the facilities.

“A sneeze or cough from one dog could turn a facility’s business upside down,” Uda said. “That’s why continually sanitizing the air is an imperative.”

One drawback to using UV is that it can produce ozone.

“Whether produced intentionally or unintentionally, ozone is bad news, particularly for animals,” Uda said. “Ozone can trigger a variety of health problems in humans and especially in animals, including reducing lung function, even in the amounts currently approved by the FDA.”

PetAirapy systems are specifically designed to be ozone-free, she said. Oglesbee said another drawback for UV is that the bulbs can burn out without anyone knowing, which means they won’t work. That’s why he prefers filters. If filters get clogged, the unit will stop working altogether, so it’s apparent that action is needed.

“We look for systems that take human error out of it,” Oglesbee said.

That proves a good strategy, especially given the lack of mechanical knowledge at most facilities. While some larger operations have a dedicated facility manager, most veterinary hospitals are run by the doctor and an office manager. 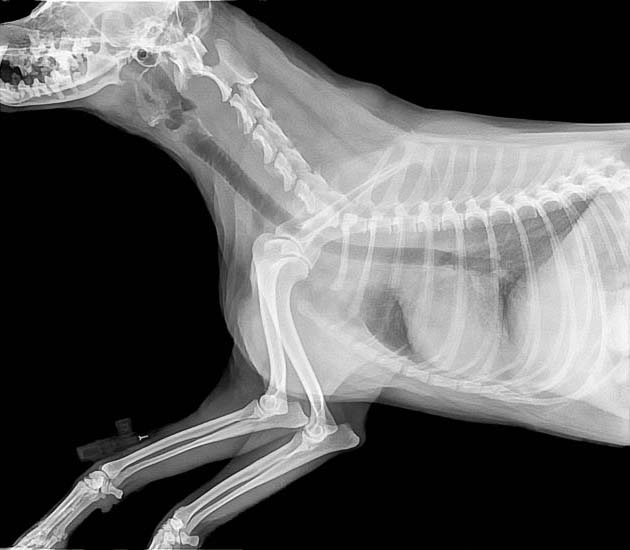 “We try to educate the owners that the system will operate effectively as long as you maintain it, and that means you need a service contract,” Gladysz said. “If you don’t, you’re going to wind up with clogged filters and restricted airflow.”

Fur provides the main cause of clogs. Animals shed all the time but especially when nervous. More fur is produced during the surgical process, when patients are shaved.

Oglesbee said he tries to position smooth exhaust systems so hair flows through, and he places outblast units on the roof to blow hair off.

“At most hospitals, I try to have upfront conversations about their operation procedures — how often do they clean, do they do wash downs, how often do they sterilize the kennel area. If they stay on top of that, it’s a lot easier to handle hair and dander at that point.”
— Jerry Oglesbee
Principal 20/20 Engineering Inc.

“At most hospitals, I try to have upfront conversations about their operation procedures — how often do they clean, do they do wash downs, how often do they sterilize the kennel area,” he said. “If they stay on top of that, it’s a lot easier to handle hair and dander at that point.”

Acoustics create another major concern for HVAC systems at veterinary hospitals. Dogs, especially, are easily startled and will bark at loud noises. This, in turn, scares other animals, especially birds. So systems need designs that operate as quietly as possible. Oglesbee trys to avoid placing RTUs over dog wards, and when he can’t, he places them on concrete pads.

The most challenging room in a veterinary hospital is the surgery room. Oglesbee said he ideally wants a dedicated unit with 99.95 percent HEPA filtration. Gladysz said surgeons tend to prefer a cooler room, so he often installs a mini split for temperature while the main system provides filtered air.

All these requirements make it seem like only specialty contractors can work on these systems, but Scott Learned, president of engineering firm Design Learned Inc., said anybody who has worked on a project like a commercial kitchen can do the work.

“I don’t really care if somebody has done animal care before or not,” Gladysz said. “In fact, sometimes that’s a liability.”

Gladysz uses fairly common equipment as much as possible so that an experienced HVAC technician can work on it with minimal problems.