There was magic at the beginning of the Electric & Gas Industries Association’s (EGIA) EPIC 2019 conference, held recently in Las Vegas in the form of world-renowned mentalist and mind reader Max Major’s opening session. There was magic at the end of the event with a keynote speech by basketball legend Magic Johnson. And if the sellout crowd of contractors in attendance were paying attention during the breakout sessions, there was undoubtedly some magic to bring home to help them grow their businesses.

Presenter Drew Cameron held a breakout session addressing how contractors should be connecting and communicating with homeowners. Cameron pointed out that a lot of contractors fixate on price when that is not what consumers are looking for.

Cameron shared the example of how 30-inch television sets used to be in every house. The fact was, you really didn’t need a television set any bigger than that. But people justified a much larger TV so they could have a complete immersive experience in a sporting event or movie. You didn’t want the television set; you wanted the experience.

HVAC contractors need to connect with customers so they can make their own choice about what experience they would like to have.

“You're having a sales conversation instead of just a conversation. You just need to have a conversation that engages and educates,” Cameron said. “And then they can make educated decision. I guarantee you this: you will make a better decision for yourself than any salesperson who ever comes into your life. My job is to simply give them good information, and their job is to make a good decision.”

The consultant also talked a lot about the branding of an HVAC contracting company. When most people think of branding, items like truck wrap, logos, or color schemes come to mind. Cameron believes it is a lot more than that and wants contractors to believe that also.

“It's not your slick advertising. It is what promises your brand makes to the customers,” Cameron said. “You convey that through your marketing. That is the megaphone. But you have to identify what your brand is all about.”

Presenter James Leichter focused on how HVAC contractors can build a better technician. According to Leichter, one of the keys to having better technicians is setting a good example. He explained how he grew up in a single-parent household and was raised by his mom. 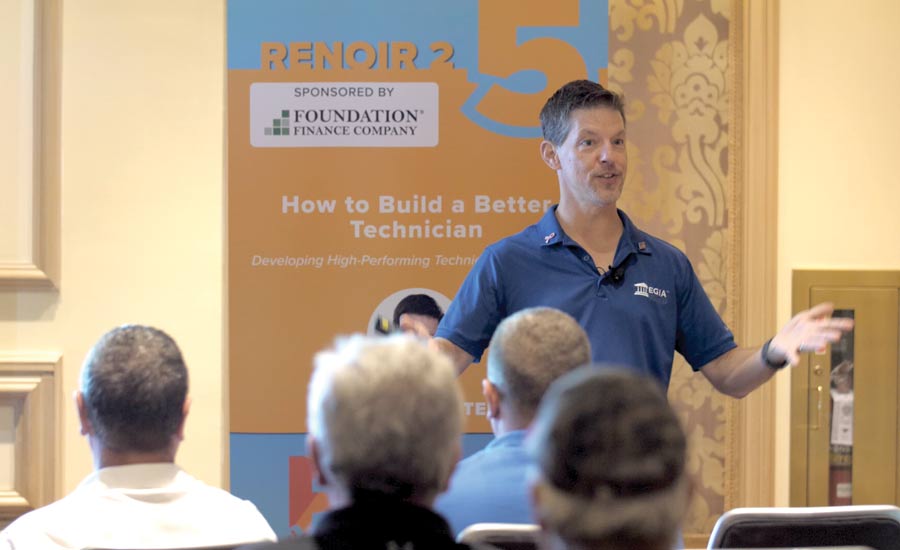 SHAPING THE FUTURE: Presenter James Leichter focused on how HVAC contractors can build a better technician.

Leichter suggested figuring out core values for your business and all its employees. He believes that is how you build a better co-worker.

“These are absolutely critical because we’re going to be asking people to do these things. We don’t want them to misunderstand us,” Leichter said. “These are bottom-line behavior standards.”

These should be deeply personal beliefs of the owner. They are not the result of a survey, and they do not get voted on. HVAC contractors only need a handful of them. Maybe three to five, but certainly not 10 or 15.

The core values are nonnegotiable, he continued. If an employer breaks one of these, they are immediately fired. They should be introduced at a company meeting so everybody know what they are. When you introduce them, they should be the only item on the agenda for the meeting. They should be displayed on the wall of the business as well.

“Nobody can be above these — not even yourself,” Leichter said. “A lot of companies run into trouble when they let high performers break the core values. You can’t have that.” 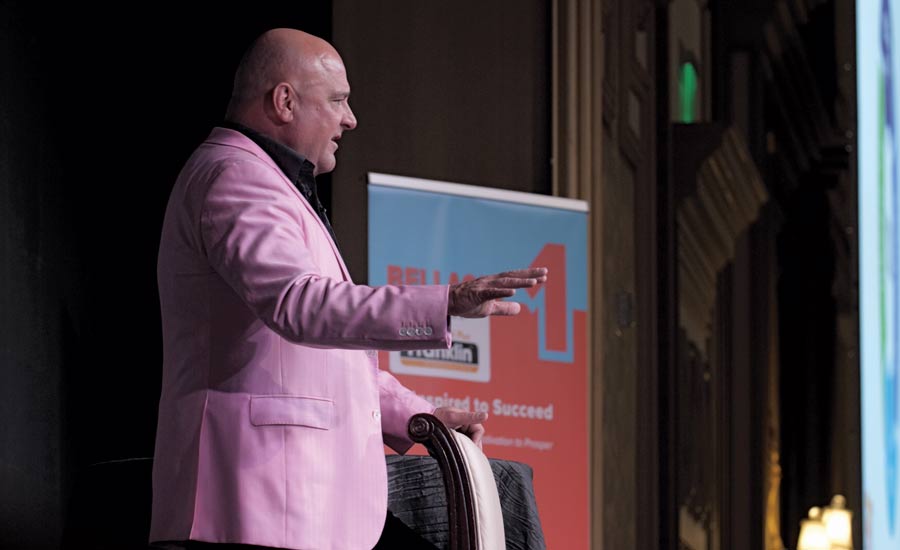 PASSION: Weldon Long talks to the crowd about what it takes for an HVAC contractor to build and maintain success.

Perhaps the most passionate presentation of the event was from New York Times bestselling author and HVAC contracting business expert Weldon Long. In 2003, he walked out of a homeless shelter, and by 2009 had built an HVAC company with more than $20 million in sales.

“You have to figure out what are your key priorities,” Long said. “It’s critically important that you stay focused on the priorities, because you may have spent 40 years working on something that wasn’t a priority. Where the focus goes, the energy flows.”

Long talked a lot about a proper mindset. He provided the example of a service technician or a salesperson who believes that all customers are cheap — that they want a cheap price and don’t care about quality or service.

“What are the results going to be? I’m going to sell a cheap, low-margin system,” Long said. “It’s a self-fulfilling prophecy.”

Long urged the audience to be the contractor who goes into the home thinking that people want good service and a guarantee. They want the job done right and will pay a couple thousand dollars more to get it done right. In fact, they might be interested in items such as IAQ.

“Every other industry — banking, transportation, insurance — the benchmark on pricing is set by the most successful company,” Long said. “HVAC is the only industry I know of where it is set by the least successful company. For our industry, we look at the guy who’s barely making it and think that somehow he has figured out the proper pricing strategy. It is insanity.”

At the end of day two, basketball legend and businessman Magic Johnson delivered a highly anticipated closing keynote presentation in spellbinding fashion, hypnotizing the crowd by posing for selfies, answering questions, and high-fiving people while sharing stories and lessons from his life on the court and in the business world.

At the conclusion of the event, EGIA CEO and executive director Bruce Matulich announced that next year’s EPIC 2020 conference will return to Las Vegas, taking place Oct. 1-2 at the Aria Resort and Hotel. Organizers expect it to sell out for the third year in a row. Contractors can reserve their spot for next year’s conference now by visiting www.egia.org/epic2020.

EGIA is a nonprofit organization dedicated to contractors’ success and the advancement of the home services industry. They serve a network of HVAC, insulation, windows, solar, and geothermal contractors, regional distributors, and product manufacturers.