By Joanna R. Turpin
✕
“With a possible recession in 2023, the best move contractors can make right now is to aggressively manage their cash flow.”
Anirban Basu
Chief Economist
Associated Builders and Contractors

While it is not possible to predict whether a recession will occur in 2023, there are some indicators that the economy may be slowing down. For example, according to& Dodge Construction Network, total construction starts fell 18% in November 2022, while nonresidential building starts lost 25%, nonbuilding shed 21%, and residential starts dropped 5%.

“Month-to-month volatility in construction activity continues to reign supreme as uncertainty mounts over the economy in 2023,” said Richard Branch, chief economist for Dodge Construction Network. “Higher interest rates and fear of recession are first and foremost on the mind of most builders and developers and potentially restraining starts activity.”

The ABI is significant because it is a leading indicator, said Anirban Basu, chairman and CEO of Sage Policy Group and chief economist of Associated Builders and Contractors (ABC). In his “2023 Construction Economic Update and Forecast” webinar, he noted that if architects are busy upstream, contractors are more likely to be busy downstream.

“What we've seen for the last two months is that all of a sudden, architects have been getting less busy and readings are below 50,” he said. “Design work is starting to slow down and my very strong sense is that some [contractors] will find that project financing is now becoming more of a challenge.”

That’s mainly because the Federal Reserve keeps raising interest rates in an attempt to slow down inflation, which hit a record-high 9% in June 2022. Inflation is higher this year than many anticipated, said Basu, but it's closing out the year a bit lower, which is positive news.

While the worst inflation may behind us, Basu still thinks that it is going to remain problematic for the year to come because it has become ingrained in the economy. He noted that when the inflationary cycle began in spring 2021, it was largely about supply chain issues; essentially, manufacturers were not operating at capacity, while consumer demand for just about everything was very high. As a result, prices went up, and the Federal Reserve and other economists assured us that inflation would only be temporary. That wasn’t the case.

“[The Fed] didn’t raise interest rates until March 2022, so they let inflation run for an entire year,” said Basu. “Actually, they were contributing to that inflation by increasing the money supply during much of this period … inflation had enough time to become ingrained in the U.S. economy and ingrained in people's expectations.”

A good example of this is contractors who are in the process of pricing out projects for 2023 and beyond. Their estimates will take inflation into account, which includes higher compensation costs, material costs, energy prices, and equipment prices. As a result, contractors will likely add more to their charges for next year because their expectation is driven largely by this period of rapid inflation.

“If inflation is high today, our expectation is inflation will be high tomorrow, and we act as if it will be, and it's a self-fulfilling prophecy,” said Basu. “We build that into our pricing model, and that's why it's so difficult to weed out inflation once it becomes ingrained into the U.S. economy. That's why the Federal Reserve is having to raise interest rates so rapidly ― to try and slow the economy so forcefully that excess inflation will be weeded out of the economy.”

But one of the potential side effects of higher interest rates may be recession. Basu noted that since the Federal Reserve did not start raising interest rates until March 2022, their cumulative effect has not yet been felt in the economy.

“Research has found that when interest rates go up, the effect of that on the economy may not fully show up for another 12 to 18 months,” he said. “Will the weight of all these previous rate increases take down the economy in 2023? The Fed thinks excess inflation is a much worse outcome than a recession and if the cost of getting us back to 2% inflation is a recession, they’re saying they’re willing to pay that price.”

That’s why future rate increases are coming, said Basu, and why it is likely the U.S. will enter into a recession at some point in 2023. The good news is that he doesn’t believe it will be a very deep recession ― nothing close to what was experienced in 2008.

Another pain point for contractors in 2023 will be the lack of workers and Basu is not sure it’s going to get any better. That’s because the labor force participation rate, which currently stands at 62.1%, has not returned to the pre-pandemic level of 63.4%.

“As it turns out, the labor force participation rate has actually declined during four of the past five months and I'm surprised by this,” said Basu. “I thought that because inflation has been so elevated, people would have more difficulty paying their bills, so they would be jumping back into the labor market.”

That hasn’t happened, and Basu believes it comes down to a lack of affordable childcare. He noted that most daycare centers have lengthy waiting lists and they’re charging $60/day or more, which is more than most families can afford.

“If you can't afford daycare, then you end up staying at home, and if you can't find a job that offers you remote work, then again, you're out of the workforce,” he said. “In fact, in many cases, you don't even look for work. So that's where we are ― we just don't have enough folks. And in construction we have that same situation, same problem.”

The lack of workers can be seen in data from U.S. Bureau of Labor Statistics, which shows that over the last two and a half years, the construction industry has added only 126,000 jobs. That’s almost nothing, said Basu, and there are no easy ways to solve the problem.

“Baby boomers are retiring in very large numbers now; many of them are in their mid-70s,” he said. “They used to be our finest construction workers, but they're marching toward retirement. And not enough young people are entering the skilled trades.”

In addition, legal immigration has slowed significantly during the last two presidential administrations, and construction is largely dependent on a foreign-born workforce, said Basu. “When you slow down legal immigration, they're not on roofs anymore because they're not in the country. Or they're in the country illegally, they're undocumented, which creates another set of problems.” 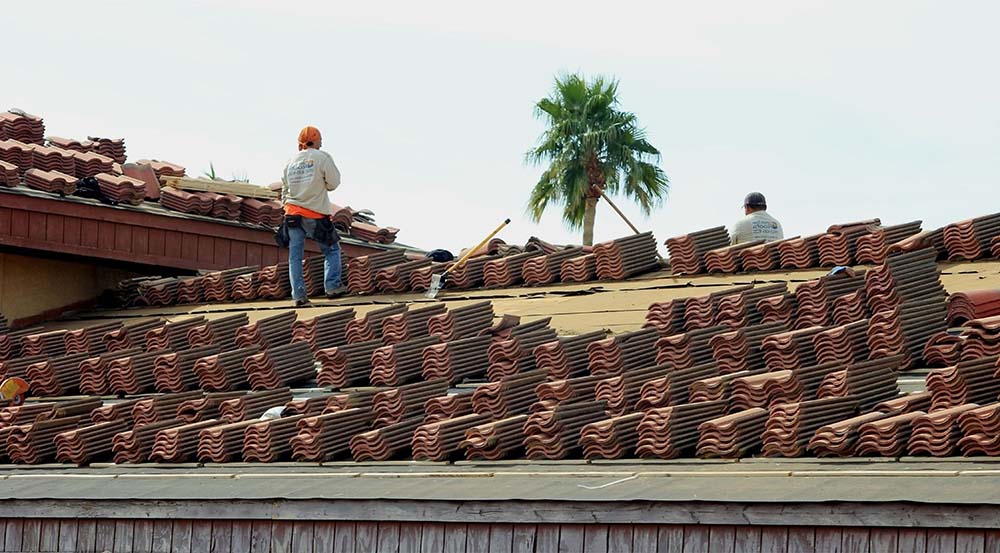 NO ROOFERS: Legal immigration has slowed significantly, hurting construction, which is dependent on a foreign-born workforce. (Courtesy of Jim McLain from Pixabay)

That’s why contractors should act now to ensure their highly talented employees are not going anywhere.

“Make sure that you're compensating your superstars because they’re the ones who are going to take you to the Promised Land,” said Basu. “Also start thinking about what you want to do with employees who have not been as productive or who are not as reliable. How long are they going to be on the staff? Under what conditions would you let them go? What would backlog have to be before you don't need these people anymore? To save capital or cash or liquidity, you may need to rejigger the staffing model to free up compensation, so you can lock up your best and brightest.”

With a possible recession in 2023, the best move contractors can make right now is to aggressively manage their cash flow, said Basu.

“If I’m right and a recession is coming, you want cash flow ― free cash,” he said. “At some point, demand for construction services will begin to dissipate, if not in 2023, then maybe in 2024 or 2025. The key is to have good cash flow and that means managing it more aggressively right now.”

How much cash contractors should have on hand will differ from one company to the next, said Basu, but he suggested most contractors should probably have more on-hand. He recommended that contractors meet with their estimators to figure out where construction costs are going and to ensure that there is enough margin in the bids. Consulting with the company’s chief financial officer or controller is also a good idea.

“Look at the finances, try to figure out how much cash should be set aside on the balance sheet to prepare for tougher economic times, let's say in 2024,” he said. “The ensuing recovery from that period will be more capital intensive, as firms tried to rehire folks, lease more equipment, take on more real estate, etc. My message is very simple ― aggressively manage cash flow right now.”