What’s in a name? When it comes to Decoldest Crawford — with apologies to Shakespeare — a top-flight college football player by any other name would not be as cool.

Crawford, a freshman wide receiver for the University of Nebraska Cornhuskers, is the hottest name in HVAC since signing a marketing deal last month with SOS Heating & Cooling, a 72-year-old residential and commercial contractor in Omaha, about an hour from the Big 10 school’s main campus in Lincoln.

“Obviously, we are Husker fans, being from Nebraska,” said Jon Stuehm, the president/CEO and a third-generation owner at SOS. “The Huskers are a pretty big deal.”

Stuehm has season tickets to Huskers home games through the company and offers them to employees when he can’t make a game.

Decoldest, who hails from Shreveport, Louisiana, signed with SOS under the new NIL (name, image, and likeness) concept, which allows college athletes to be compensated for endorsements and branded merchandise. He was a standout at Shreveport’s Green Oaks Performing Arts Academy, whose graduates include Tre’Davious White, a cornerback for the Buffalo Bills, plus two retired NFL players. In four years at Green Oaks, Crawford caught nearly 150 passes for more than 2,200 receiving yards.

Crawford is represented by Athlete Branding & Marketing, a Lincoln-based firm with a large roster of Huskers athletes.

Stuehm credited Jake Wasikowski, the sales and marketing manager at SOS, for the marketing concept. After learning that Decoldest had signed with Nebraska, “we reached out to him this spring and there was mutual interest,” Stuehm said. 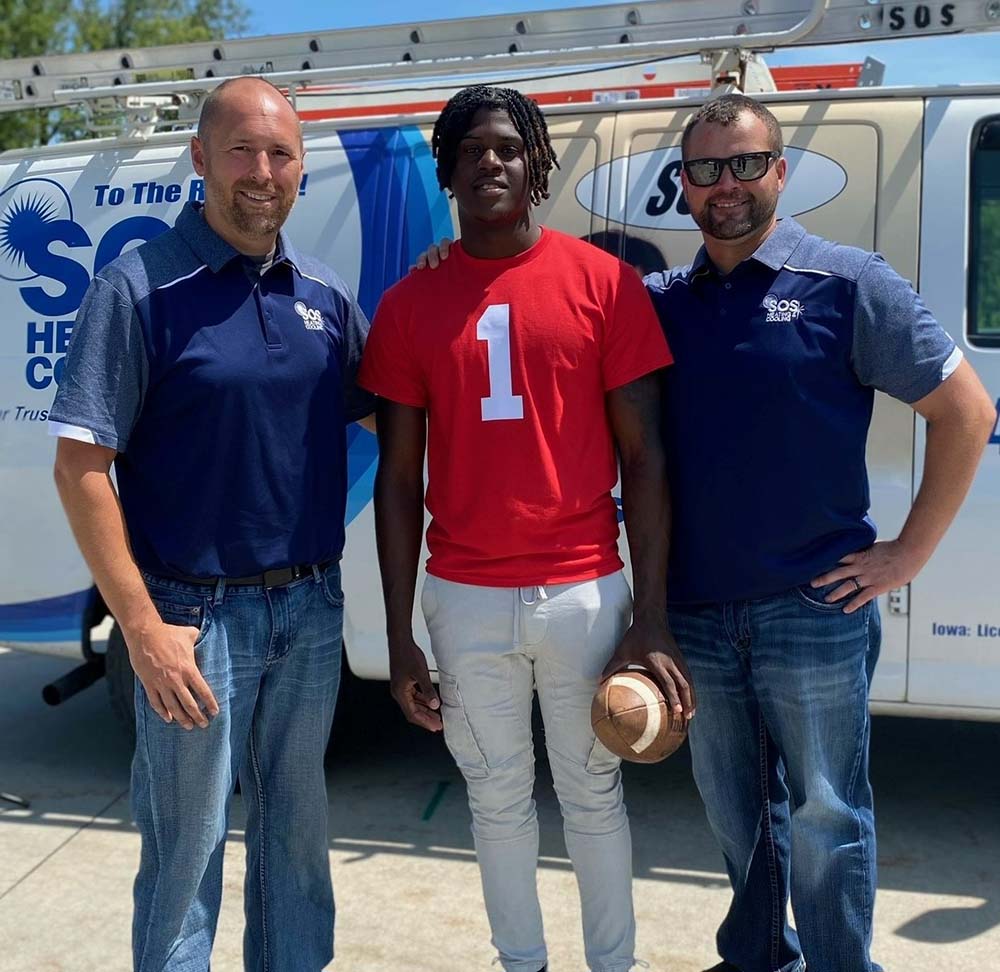 Crawford, Stuehm said, “is actually pretty humble” and was too shy to have a commercial he’d shot for SOS screened for fellow Huskers during a recent team gathering. “I thought it was kind of neat,” Stuehm said.

Decoldest arrives at Nebraska at a fitting time; between Memorial Day and Labor Day is the busy air-conditioning season at SOS, Stuehm said. The temperature in Omaha reached 100°F in early August.

And that name? While still in high school, Crawford told the NBC-affiliated television station in Shreveport, KTAL, that his name had caught fire on Twitter, garnering him many followers. Crawford is currently listed as having more than 19,000 Twitter followers and nearly 48,000 followers on Instagram.

His mother, Dina Crawford, gave him his cool name, Decoldest told the station.

“I was the last child and she just knew I was going to be the coldest,” he said.