Plenty of money available for those who want to expand

Contractor consolidation remains one of the biggest trends in the HVAC industry. There’s consolidation on the wholesale side of the business as well. Both independent consolidators and OEMs are buying up distributors due to an ownership base that’s ready to sell and money available to buy.

Three factors drive the money coming into the HVAC business. The main one is low interest rates. This makes it less expensive to borrow money from investment. At the same time, it makes many traditional investments, such as bonds, less attractive. Investors seeking returns, including pension funds and university endowments, are seeking out alternatives that pay better, including private equity and personal loans. Finally, some segments that attracted a fair amount of this money in the past, such as the oil and gas industry, look less appealing today.

Private equity investors like the HVAC contractor space because it’s a fragmented market with older ownership and a value that’s sometimes hard to place a number on. In some ways, distributors are different. But there is still a lot of opportunity for consolidation, and more PE firms are entering the market, said John McKenzie, president of Winsupply Inc.

In the case of distributors buying out other distributors, it’s often with the goal of expanding into new markets. For example, Munch’s Supply acquired API of NH and Delta T last spring. This brought the Illinois-based Munch’s into New England, growing its footprint to 42 locations serving 16 states.

Manufacturers will usually buy a distributor with whom they have an existing relationship. That typical pattern changed in January when Daikin North America LLC acquired ABCO HVACR Supply and Solutions. This added to Daikin’s presence in the Northeast. 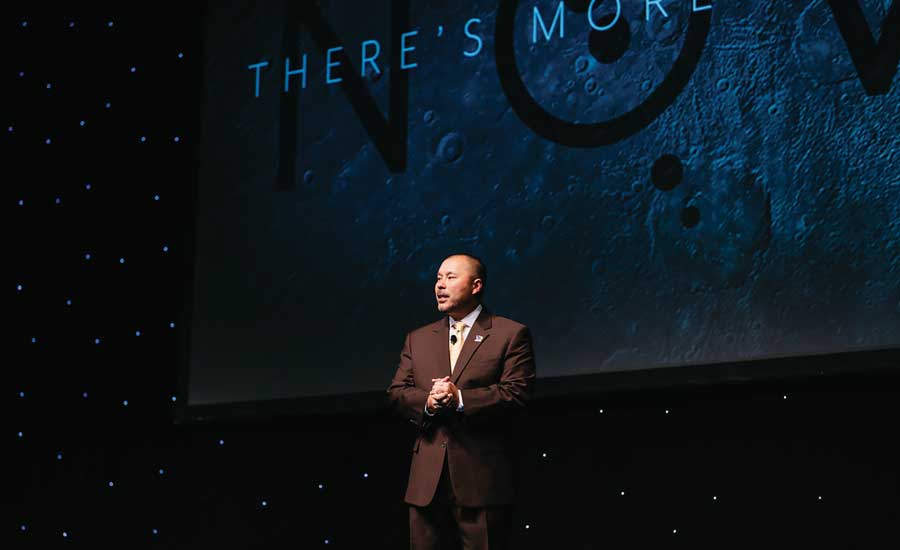 LASER FOCUS: HARDI CEO Talbot Gee said distributors who want to remain independent need to have laser focus on what they do best. (File photo)

ABCO’s senior management remains in place after the acquisition. HARDI CEO Talbot Gee said many distributors operate in a corporate manner, even when family-owned, but they need capital to take the business to the next level. That’s what makes an investment from a manufacturer or PE firm attractive.

In other cases, the owners are seeking a way out of the business. McKenzie said succession planning plays a large role in the current consolidation trend. The current competitive landscape favors bigger distribution businesses, he said.

“Many of the local supply house owners and entrepreneurs have been in the business for more than 30 or 40 years, and being acquired allows them to move on to the next chapter of their lives,” McKenzie said.

That provides an opportunity for a well-capitalized company such as Winsupply. The company bought out five other distributors so far this year. In some cases, the former owners stayed on to manage and reinvest in the new entity.

McKenzie said Winsupply executives seek out businesses that are familiar with the industry and are located in a market with growth potential. Then they look at the current management. He said Winsupply has turned down deals when it determined the existing culture wouldn’t make a good fit.

“Consolidation, when done right, speeds up the ability for new services and technologies to be available for contractors,” he said. “In addition, it helps contractors with quicker product availability and geographic density.”

What happens to distributors who want to stay where they’re at? John Luce is one of those who prefers independence. Luce’s father started Luce, Schwab and Kase Inc. in 1957 with two partners. It started as a refrigeration supplier and then added HVAC. Luce joined the firm in 1982 and bought out the partners 10 years later.

He fields calls regularly about selling his business, but Luce plans to pass it down to his two sons. It would be a different story if they didn’t want to continue the business, he said. Gee said many distributors sell part or all the equity in their business as a way to pay for family buyouts.

Luce has seen consolidation in the industry before. He was there when Watsco and United Refrigeration were rolling up distributors in the ‘90s. Still, Daikin buying ABCO surprised him. Luce operates in New York, New Jersey, and Pennsylvania, the same markets as ABCO.

The move turned into an advantage for him, however. METUS now needed a new distributor, and Luce focuses on ductless equipment. That landed his firm the business and then added a 25,000-square-foot location on Long Island. Luce credits the firm’s focus and the ability to move quickly.

“You have to be able to find and follow opportunities,” he said.

In addition to ductless products, Luce focuses on VRF. He keeps engineers and service technicians on staff to help contractors work on this equipment. Gee said those who wish to remain independent need that kind of focus.

“You don’t have the luxury of being average at a lot of things,” he said. “What you do, you have to be excellent at because that’s how you protect and grow your share in that space.”

Distributors who want to stay independent also need to maintain strong relationships with both manufacturers and contractors. As consolidators add HVAC contractors, some look for distributors who can serve all their locations. As a regional distributor, Luce works to serve those in his local market. That’s been a challenge because of the shortages of equipment and parts, but he said they’ve been able to meet that challenge so far.

“We stock a lot of inventory, and despite all the issues with the supply chain, our inventory has held up pretty well,” Luce said. “That’s earned us some business.”