One of the main components of any refrigeration or air conditioning system is the condenser, which condenses refrigerant vapor that is sent to it from the compressor. However, the condenser has other functions, including desuperheating, condensing, and subcooling.

The first passes of the condenser desuperheat the discharge line gases sent from the compressor. This prepares these high-pressure, superheated vapors coming from the discharge line for condensation — or phase change — from a vapor to a liquid. Remember, these superheated gases must lose all of their superheat before reaching the condensing temperature for a certain condensing pressure.

Once the initial passes of the condenser have rejected enough superheat and the condensing temperature has been reached, the gases are referred to as saturated vapors. The refrigerant is then said to have reached the 100% saturated vapor point.

As more heat is taken away from the 100% saturated vapor, it will force the vapor to become a liquid, or to condense. When condensing, the vapor will gradually phase change to liquid until 100% liquid is all that remains. This phase change — or change of state — is an example of a latent heat rejection process, as the heat removed is latent heat and not sensible heat. This phase change will happen at one temperature, even though heat is being removed. This one temperature is the saturation temperature corresponding to the saturation pressure in the condenser. This pressure can be measured anywhere on the high side of the refrigeration system, as long as line and valve pressure drops and losses are negligible. (Note: An exception to this is a near-azeotropic refrigerant blend or ASHRAE 400-series blends of refrigerants. With the 400-series blends, there is a temperature glide or range of temperatures when the blend is phase changing.) 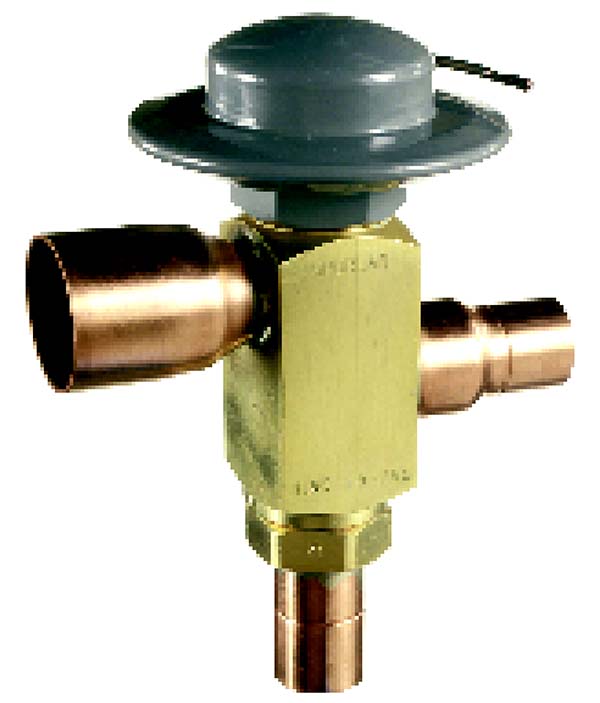 Figure 1 shows a head pressure control valve for low ambient conditions. Notice that the valve has a round pressurized dome at its top, which is charged with a proprietary charge from the manufacturer. The dome has a crimped capillary tube protruding from its body, which was used to introduce the proprietary charge when it was manufactured. This dome charge is separate from the system’s refrigerant charge.

Figure 2 (top) shows an internal cut-away of the same valve. Notice that here the charged dome acts on a flexible diaphragm as the outside ambient temperature changes. The action of the moving diaphragm will change the porting of the valve, which will be explained in following paragraphs.

This valve is often referred to as a low ambient control (LAC) valve. Figure 3 illustrates the LAC valve in a refrigeration system. As mentioned earlier, the dome charge of the LAC is independent of the refrigerant charge that is in the refrigeration system. The dome charge will expand and contract in volume as the outside ambient changes. This expansion and contraction action will act on the internal diaphragm, which in turn, will move the diaphragm. This action will move a piston in the valve and modulate the valve either in a more open or closed position. The dome charges can be custom ordered from the manufacturer to meet specific system or outside ambient requirements. 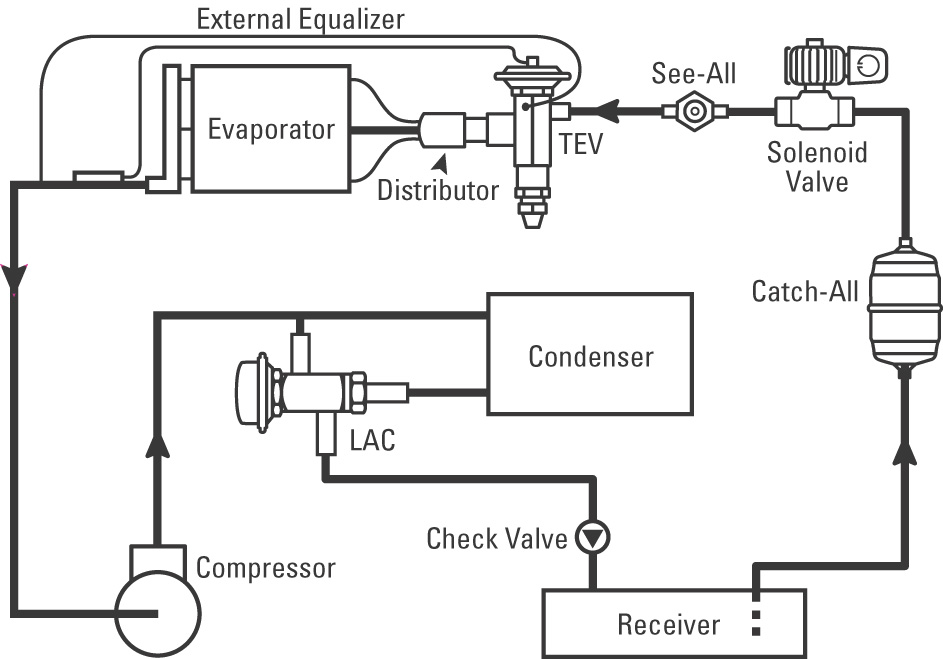 When the ambient temperature is above 70°F, the refrigerant flow from the compressor’s discharge is directed through the condenser and into the receiver. When the outside ambient temperature drops below 70°F, the condensing pressure will fall, and the pressure of the liquid coming from the condenser will also fall to a point below that of the pressure of the bellows in the dome of the valve. This causes a piston to move in the valve and partially restrict the flow of refrigerant leaving the condenser. The condenser will now partially flood with liquid refrigerant at its bottom to maintain a condensing pressure for that certain ambient. The colder the ambient, the more condenser flooding there will be.

The receivers on systems having head pressure control valves must be sized large enough to hold the normal operating charge, plus the additional charge that is necessary to totally flood the condenser in wintertime operations. In fact, the receiver should be sized so that they are about 80% full when they contain the entire system charge. This allows for a 20% vapor head for safety when pumping the system down. Any refrigeration system’s receiver should be able to hold all of the system’s refrigerant charge and still have a 25% vapor head for safety.

Manufacturers publish charts and tables on system charge recommendations showing the service technician how much refrigerant to add to systems having head pressure control valves designed to flood the condenser in colder weather.