This website requires certain cookies to work and uses other cookies to help you have the best experience. By visiting this website, certain cookies have already been set, which you may delete and block. By closing this message or continuing to use our site, you agree to the use of cookies. Visit our updated privacy and cookie policy to learn more.
Home » Fitness Facility Installs New IAQ Solution to Prepare for Post-COVID Reopening
NewsHVAC Residential MarketRefrigerationIndoor Air QualityAir-Source Heat PumpsCoronavirus CoverageTraining and Education for Contractors

In March of 2020, Luke and Abbey Krubeck set out to fulfill a dream — one of owning a gym in Cody, Wyoming. Their goal in opening The Barbell Club was to fill a niche in the area’s local fitness industry: a gym for weightlifters, by weightlifters.

“We wanted to build the best-equipped strength training gym in Cody,” said Luke Krubeck. “This includes an atmosphere conducive to goal-oriented training and — of course — the weights and equipment to make it happen.”

The Barbell Club has both in spades. The gym features all variety of equipment, 4,000 pounds of plates, dumbbells from five to 150 pounds, an AstroTurf area, and most recently, an indoor air quality (IAQ) system that lends itself to a healthy environment. The latter was a decision made immediately when COVID-19 became a threat.

“I’d like to say that the decision to install air purification was proactive instead of reactive, but in reality, it was something I had planned for later in the year,” said Luke Krubeck. “We were open a total of 19 days before the governor announced that all fitness facilities needed to close until further notice.”

The young Krubeck family felt the impact of the COVID shutdown as much as anyone in town. Abbey opened a salon in 2001, which closed in response to the pandemic at the same time The Barbell Club did. Their livelihoods and their investments both halted. 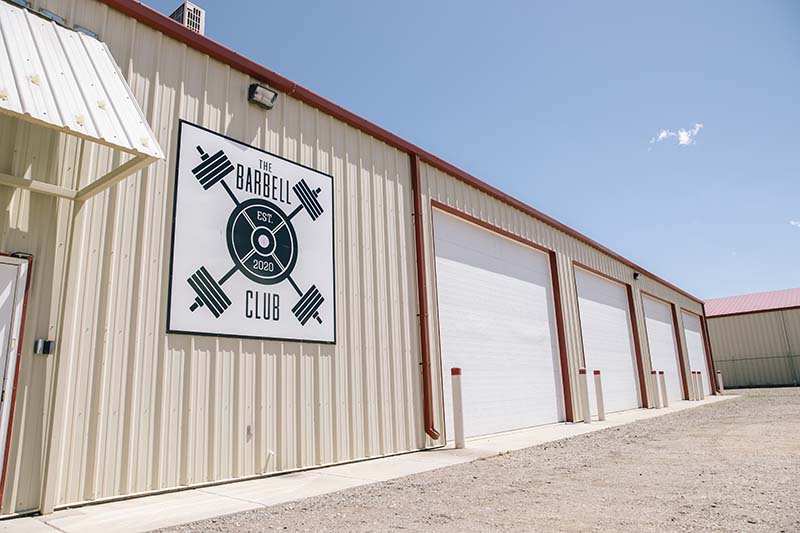 “The hardest thing about the quarantine was the lack of light at the end of the tunnel,” explained Luke Krubeck. “As an entrepreneur, how can you plan to navigate a challenge like that without a timeline?”

But they did. After personally calling all the gym members to notify them of the closure, Luke Krubeck began assembling a new safety and sanitation protocol for when the doors would reopen. This included doubling down on disinfectant procedures, looking at logistics for handling limited numbers of building occupants, and researching IAQ systems. 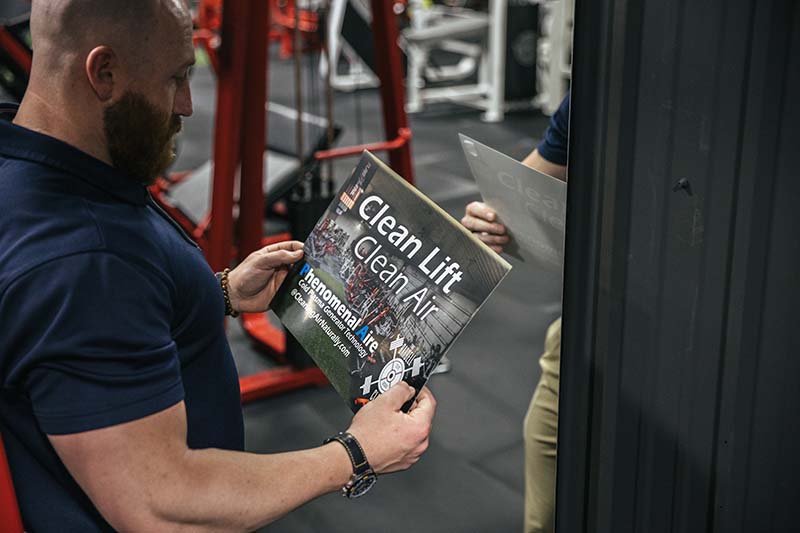 After walking through the 6,000-square-foot gym and looking at the HVAC systems that serve it, the contractor concluded that installing a cold plasma generation (CPG) system would be a good way to mitigate the threat of the virus while also offering ease of installation and service. Luke Krubeck was adamant that the system they selected would not generate ozone, which can itself be a threat to building occupants.

CPG isn’t a new technology, but it has recently gained a lot of attention in the HVAC industry, especially in critical environment applications. These low-wattage units create a plasma field to ionize the air within an HVAC system and throughout the building to deactivate viruses, bacteria, mold, and fungus spore, and destroy allergens and odors while also breaking down volatile organic compounds (VOCs).

“We’ve installed CPG systems in commercial and residential applications in the past,” said Bob Martin. “They install quickly and they’re extremely effective, most notably against odors.”

“We chose a CPG system made by Phenomenal Aire because it checked all the boxes I wanted, didn’t include the use of UV bulbs, and it fit all of the HVAC components in the building,” said Luke Krubeck.

The main space of the gym is served by two large, horizontal unit heaters, while the office is conditioned by a Fujitsu Halcyon mini-split with a ceiling cassette.

Phenomenal Aire’s cold plasma generators are available in three configurations: the C (commercial) and R (residential) units are designed for unitary systems, while the much smaller D unit is designed to work in conjunction with mini-split and VRF condensers.

The softball-sized units are mounted on the side of an air handler or ductwork with two anode brushes protruding into the airstream. These brushes create the plasma field. In the case of a mini-split, the D unit mounts on the return side of the indoor head or within a ceiling cassette.

As air flows through the plasma field contained in the air handler or ductwork, molecules are highly charged, creating natural positive and negative ions. This process is also referred to as BPI (bipolar ionization). The ions travel throughout the building with the airstream, constantly “looking” to become de-ionized. They either pull or add an electron to other particles they come in contact with. For example, a negatively charged ion will pull an electron from a mold spore, deactivating it.

BPI deactivates airborne viruses in similar fashion. The bipolar ions surround the virus’ surface proteins that trigger infection, changing them into highly reactive hydroxyl radicals. These convert a hydrogen molecule from the hemagglutinin and change it into water. In doing so, the ions destroy the virus surface structure, rendering it incapable of causing infection.

Because COVID-19 is currently unavailable for testing purposes, no company can make a verified medical claim to effectively disable COVID-19. Phenomenal Aire system, however, have been verified to be effective against similar and more resilient viruses. COVID-19 is a specific coronavirus, all of which are enveloped viruses, meaning they’re one of the easiest to disable with the appropriate system.

“With people constantly coming and going at a gym, the effectiveness of CPG technology to reduce the threat of viral transmission in a building is a major benefit for a gym,” said Bob Martin. “But the technology has a number of other benefits as well, all of which lead to a healthier indoor environment.”

The Wyoming governor permitted fitness facilities to open with limited occupancy on May 1. Within days of installing the new IAQ system, there were discernable improvements at The Barbell Club.

“The rubber flooring gives off an odor when it’s new,” said Luke Krubeck. “I had a gym member tell me he might not be able to continue working out here because it gave him a headache. Two days after Advance installed the Phenomenal Aire system, he told me that most of the odor was gone and he no longer has headaches.”

“I’m not at all surprised that the rubber floor smell was reduced quickly,” said Bob Martin. “The CPG systems that we installed at the local Elks Club and VFW dramatically reduced the smell of cigarette smoke, and in residential applications, kitchen odors disappear very quickly.”

This is the first CPG installation Advance has completed at a fitness facility. If the middle school and high school count, there are a total of eight gyms in Cody, a town of 10,000. The market is saturated.

“Friends ask me if I’m concerned about that,” said Luke Krubeck. “I’m not, because we offer something different to a large and growing demographic. We’re the only facility focused exclusively on strength development, and we’re taking every step possible to create a healthy indoor environment for our members.”