This website requires certain cookies to work and uses other cookies to help you have the best experience. By visiting this website, certain cookies have already been set, which you may delete and block. By closing this message or continuing to use our site, you agree to the use of cookies. Visit our updated privacy and cookie policy to learn more.
Home » Air Purification Technology Brings Cleaner Air to Grow Facilities
Manufacturer ReportsNewsIndoor Air QualityMarijuana MarketResidential Indoor Air QualityCommercial Indoor Air Quality

Willy Gardiner, founder of The Garden grow company, knows about the importance of air quality in high-yield and high-grade cannabis cultivation. For most of human history, plants have been grown outdoors, subject to the whims of nature: inconsistent rainfall, severe temperature changes, and more.

When growing indoors, like Gardiner’s company does, growers can have complete control of the agricultural environment through HVAC equipment and manipulating humidity, temperature, air circulation, lighting, and more to precisely ideal conditions.

Gardiner says it is also critical to keep air quality in mind, and he does this through Plasma Air’s ionization technology.

Bipolar ionization, achieved by Plasma Air ionizers installed in growing, curing, and drying rooms, works by creating both positive and negative ions. These ions break down and remove impurities from the air in addition to reducing mold growth and bacteria.

Larry Sunshine, president of Plasma Air, said that the company offers two types of ionizers. Its needle-point ionizers are typically used in commercial applications like schools, offices, hospitals, and more.

The company’s tube-style ionizers are used in environments with higher levels of indoor air pollutants and odors, like cannabis facilities, casinos that permit smoking, wastewater facilities, and others.

Since installing Plasma Air units in his facilities in 2015, Gardiner noted that he has less mold buildup in a/c units, cleaner condensate, and a significant increase in cannabis yield and quality.

Willy Gardiner found Plasma Air when he was looking for a technology that could eliminate the smell of cannabis and improve grow quality. Initially, he asked his father (who worked in wastewater treatment facilities) for a recommendation for odor elimination. Gardiner’s father recommended Plasma Air.

Gardiner said it was the right decision.

“If you size the unit right to the building, it would completely eliminate the smell,” he explained. He’s used Plasma Air units in more than 20 grow rooms, managed over 350,000 square feet of canopy, and advised on the development of a 600,000-square-foot facility.

Odor control is important, as this is often a regulatory requirement for cannabis growers, since the potent smell can leak out of the facility if not properly dealt with.

“It provides a healthier work environment for the employees,” he said. “Overall, it’s a cleaner environment with less dust everywhere. All the things they claim they say the technology can do, it does.”

Gardiner explained that not all growers realize the importance of air quality in a grow facility. They likely know the importance of lights and nutrients, he said, but do not understand the value of pure, high-quality air. He explained that plants take in carbon dioxide and emit oxygen, but at night, the root zone takes in oxygen. Purifying the air allows for the roots to take in pure oxygen, aiding the growth. The Plasma Air units allow plants — not just cannabis, but any plant — to essentially “drink in” purified air all day long. For cannabis growers, this means a better growing environment and reduced financial risk. 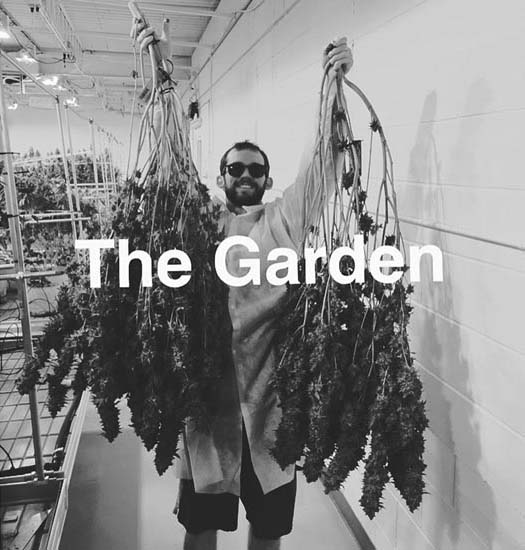 “We have to grow cannabis in a specific way to maximize it,” he said. “And air and water are what make up a majority of that plant.” He credited much of The Garden’s business success to the practical belief that marijuana is, in the end, a plant like any other, and growing it well involves taking into account air quality, temperature, humidity, lighting, and more.

Professional plant growing requires a lot of specific nuances, and he recommended that growers talk to each other to discover which pieces of technology work, and which ones don’t. And while people have typically tended to undervalue the importance of air, Gardiner said that air quality is something people might start valuing more.

Speaking to contractors, he noted that the key to selling ionization technology to growers is being specific on how it could affect their business for the better.

“Growers are really specific on how they buy stuff, and if it’s pitched the wrong way, people don’t want it — but it’s just because they don’t understand,” he said. To him, the benefits of the technology have been clear.

“Plasma Air is one of the keys to achieving and maintaining high potency and above-average yield per grow light,” he added. “And in the long run, ionization is more cost effective.”

Plasma Air ionizers can be easily installed in new or existing HVAC systems. According to Larry Sunshine, Plasma Air ionizers also reduce HVAC service and maintenance costs. The ionizers only require an annual tube replacement, he said, and since the products eliminate the need for a carbon/charcoal filter, filters don’t need to be changed out several times over the course of a year. 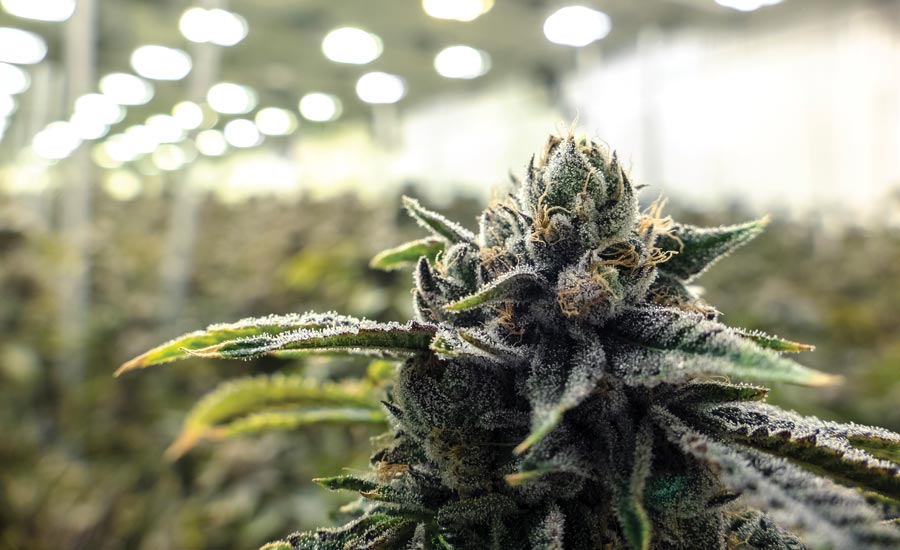 The ionization technology, Sunshine explained, works by creating ions that can bond with airborne particles, leading to several results. First, the ions attach to particles like dust, pollen, dust, and cigarette smoke, causing the particles to agglomerate. The particles get heavier and then fall out of the breathing zone, getting sucked into the return grill where the filter can catch them. Ionization can also kill bacteria and viruses by creating ions that attach to cells and destroy their DNA.

The ions can also neutralize volatile organic compounds (VOCs), which is helpful in eliminating odors.

“VOCs and other odors are all over our industry and many times an annoyance to people, and they want to do something about it,” Sunshine said. “Ionization can handle a variety of different air quality improvements with really one technology.”

He added that the service and maintenance required for proper operation of the Plasma Air ionizers is minimal. Needle-point ionizers require little to no maintenance, and while tube ionizers require a tube replacement every year or two, the replacement process is very easy for technicians. In addition to grow facilities (cannabis and otherwise), the ionizers are also frequently used in schools to maintain clean air in a building with very high occupancy load.

In addition to tube ionizers, Plasma Air also offers portable products that have carbon filter and HEPA filters. Sunshine said these could benefit both a cannabis grow facility and any ancillary rooms that are used to support the facility that could use ionization.

“Plasma Air’s air purification solutions are designed to help cannabis grow facilities resolve some key issues,” he said. “If cannabis growers need to vanquish offending odors and VOCs while providing an ideal growing environment, this single, affordable technology is the way to go.”