This website requires certain cookies to work and uses other cookies to help you have the best experience. By visiting this website, certain cookies have already been set, which you may delete and block. By closing this message or continuing to use our site, you agree to the use of cookies. Visit our updated privacy and cookie policy to learn more.
Home » Community Church Benefits From Unitary Variable Refrigerant Flow Retrofit
HVAC Light Commercial MarketSplit Systems

Contractor explains the ins and outs of specialized commercial project

Clay Norman has been a member of Bethel, Connecticut’s Walnut Hill Community Church since 1985. Serving as both an elder and as the director of facilities, Norman has seen many church renovations over the years and knew the HVAC system needed to be replaced in 2017. With over 1,000 Sunday service attendees and many church activities throughout the week, energy efficiency for the sake of cost savings was critical.

Enter James Messenger, operations project manager for Eastern Mechanical Services Inc., Danbury, Connecticut. As the HVAC installer on this project, Messenger consulted with Homans Associates, a distributor in Wallingford, Connecticut, and they agreed that Mitsubishi Electric’s City Multi® Variable Refrigerant Flow (VRF) technology was the right choice for the job.

THE RIGHT APPLICATION FOR VRF

Having added a sanctuary space in 2002, the church installed a chiller to meet climate demands.

“It started to show its age a few years ago and only worked at about 30 percent efficiency,” explained Norman of the original HVAC system. “We started looking at a direct chiller replacement or something with much more modern technology.” 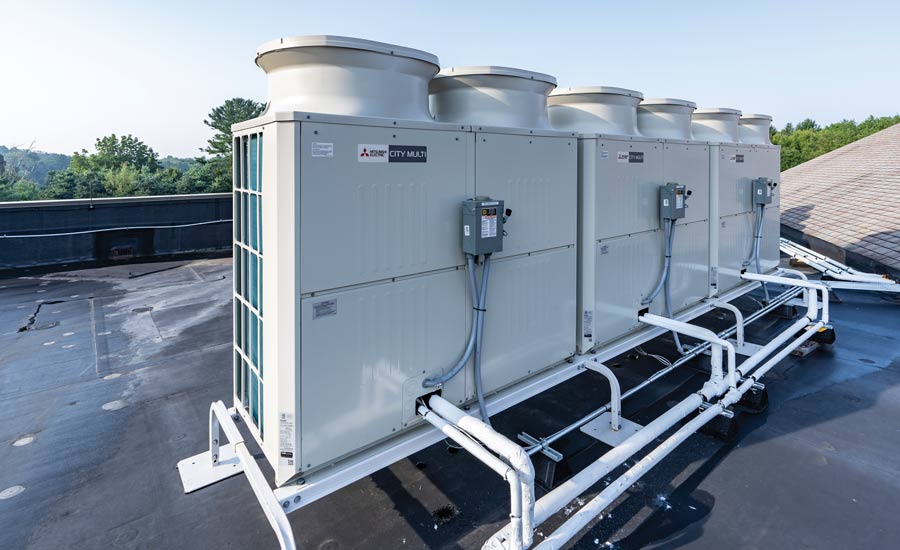 Having previously owned a house with a split-ductless system and experienced VRF technology overseas, Norman was curious about what HVAC options could work for the 40,400-square-foot building and invited several HVAC contractors to assess the situation. Upon review, Messenger knew that the ability to zone the space, simultaneously run heating and cooling, and the potential operating costs savings made VRF the right system.

“While the church initially brought me in to replace the chiller, I immediately told them about Mitsubishi Electric’s City Multi system,” he said. “The church has four existing 32-ton ducted air handling units. It’s a four-pipe system with a boiler, chiller, and coils. Taking those out would have been astronomically expensive and difficult.”

Norman, Matt Berry from Mitsubishi Electric, and Taylor Cannavaro, sales specialist from Homans Associates, came up with a design-build for the church. Faced with large equipment and the need to keep things cost-effective, the three came up with an innovative strategy for the HVAC design: give a unitary system VRF capabilities. “We decided to utilize Mitsubishi Electric’s LEV kits in a unique way. They were retrofitted and sized to fit the current air handlers,” noted Messenger. “This allowed us to use the unitary products and existing electrical to get the variable efficiency of VRF. 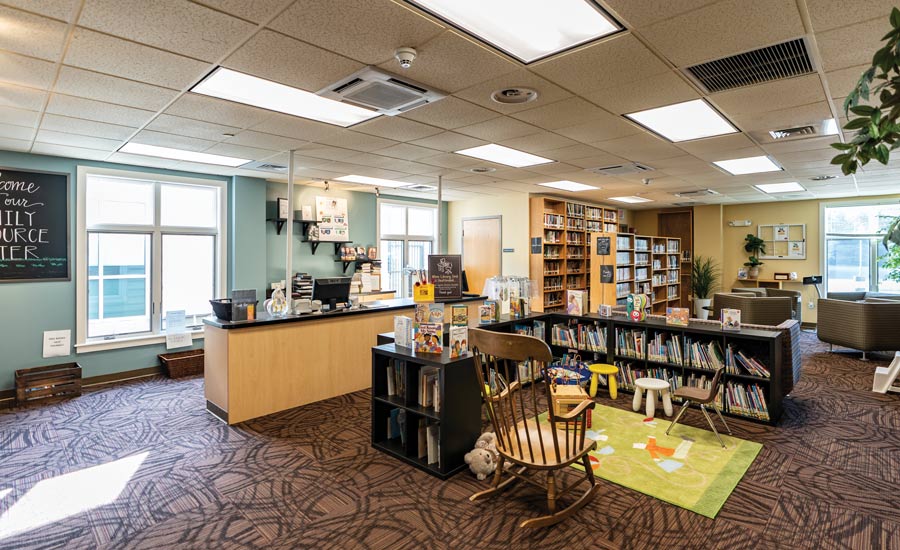 SIMPLE CONTROLS: Now that the LEV kits have all the air handling units connected to the system, the facilities manager has one interface to control all conditioning needs, and can schedule for peak hours in the multi-use rooms of the church. PHOTO COURTESY OF MITSUBISHI ELECTRIC

It even allowed all the third-party equipment to communicate with the AE-200 Centralized Controller.”

“The LEV kits are designed to fit the exact capacity of the unitary product they are connecting to,” explained Messenger. “If designed differently, the outdoor unit can work with multiple indoor units as well as the unit with the LEV kit installed.”

“Instead of the motors running constantly like they previously did, we can now soft start them and have the capability to slow down the fan speed to meet the comfort settings of the church,” said Messenger. “The motors are now running at two-thirds of their capacity.”

“Conservatively, the cost savings for this church are projected to be about $50,000 per year,” explained Messenger. “When you have a traditional four-pipe system and you’re continuously running the chiller or boiler to maintain a certain coil temperature, you’re going to lose energy. We sold them on the energy efficiency of VRF. Anytime you talk with a customer about having a five-year return on investment — which is what we got with this project — they’re going to listen. Reducing operating costs like that is a huge benefit.”

Now that the LEV kits have all the air handling units connected to the system, Norman has one interface to control all conditioning needs and schedule for peak hours.

“Previously, the church had an outdated building management system (BMS) that was complicated to navigate,” noted Cannavaro. “The AE-200 Centralized Controller gives them full control over their whole network of equipment. They now also have building integrations potential through their BACnet® licensing, and they can tie in other systems such as lighting.”

The update streamlined Norman’s role in comfort management, and the congregation has been vocal about the benefits.

“The level of sound from HVAC noise in our sanctuary has dramatically decreased,” said Norman. “The pastor and worship team have even commented on how much more pleasant it is to perform and worship because of the VRF system. We had no idea how much we were putting up with previously.” 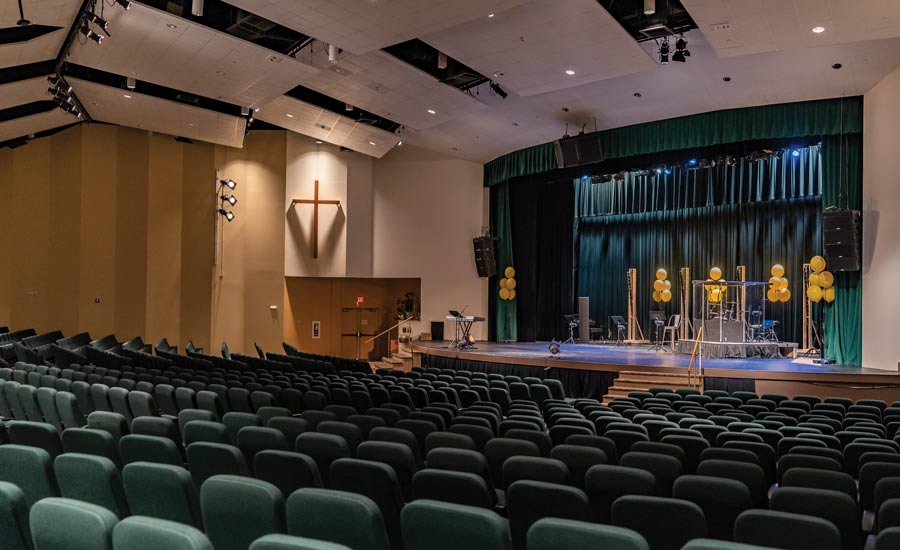 IMPROVED SERVICES: With over 1,000 Sunday service attendees and many church activities throughout the week, worship services were never compromised. The sound level from HVAC noise was significantly decreased. PHOTO COURTESY OF MITSUBISHI ELECTRIC

Worship services were also never compromised — Eastern Mechanical worked with the church to adapt the workflow to the church’s schedule, and there was never a time the construction disturbed the worship services. When asked about the whole process, Norman expressed only positivity.

“Updating to VRF was seamless and headache free. I can schedule everything from my computer. Everything has worked so well and we haven’t had any issues or maintenance since the install. Most importantly, the system is so efficient and takes a lot of humidity out of the air. It really gives you a better-quality feel of air.”