Alternative Refrigerants are a Natural Fit for Supermarkets

ATLANTA – The eighth annual ATMOsphere America conference convened in Atlanta this June, with a program designed to educate attendees about how natural refrigerants such as CO2, ammonia, and propane can be viable alternatives for commercial refrigeration equipment. These refrigerants are considered to be ‘future proof,’ because they have extremely low GWPs, so end users would most likely not have to change their refrigeration equipment again in the future to comply with new regulations.

The conference offered many educational sessions and panel discussions that covered topics ranging from best practices to regulatory updates to the benefits and challenges of converting to natural refrigerants. The event provided the opportunity for contractors, manufacturers, and end users to come together to discuss how natural refrigerants can be used to help supermarkets and other food retailers comply with new state regulations while becoming more efficient and sustainable.

“Unfortunately, we are living in a country right now where the federal government has abdicated their leadership in addressing HFCs. When you look across the U.S. and globally, HFC emissions are growing faster than any other greenhouse gas emission. Across the U.S., we see that air conditioning is one of the biggest sources currently for HFC emissions, but over time, we’re expecting that air conditioning and refrigeration are going to play a much greater role.”
—Julie Cerqueira,
Executive director U.S. Climate Alliance

At the policy and standards session, Julie Cerqueira, executive director of the U.S. Climate Alliance, provided an overview of the goals of the 25-governor association. The group formed in 2017 in response to the Trump administration’s decision to withdraw the U.S. from the Paris Agreement on climate change and is committed to reducing HFC — as well as other greenhouse gas — emissions. 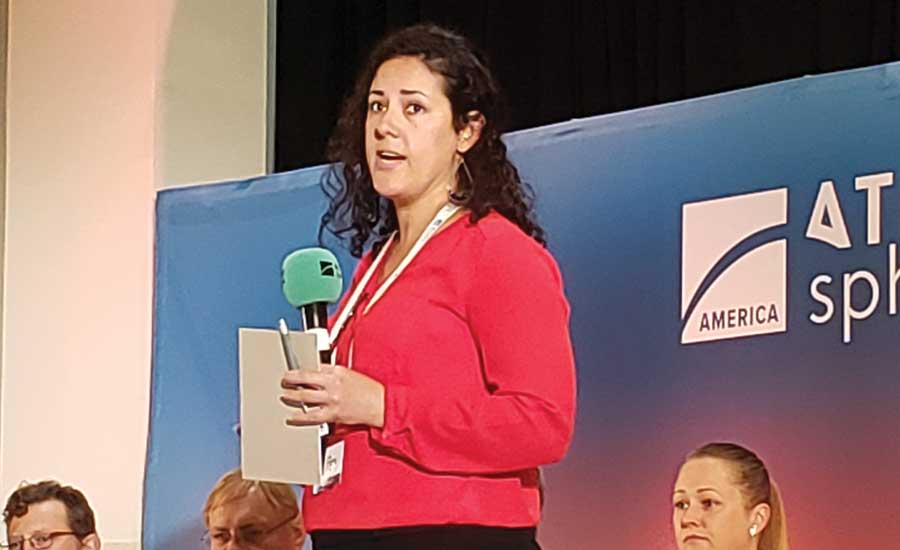 CLIMATE ALLIANCE: Julie Cerqueira is the executive director of the U.S. Climate Alliance, which formed in response to the U.S.’s withdrawal from the Paris Agreement on climate change.

“Unfortunately, we are living in a country right now where the federal government has abdicated their leadership in addressing HFCs,” she said. “When you look across the U.S. and globally, HFC emissions are growing faster than any other greenhouse gas emission. Across the U.S., we see that air conditioning is one of the biggest sources currently for HFC emissions, but over time, we’re expecting that air conditioning and refrigeration are going to play a much greater role.”

In response, states in the Climate Alliance are working to reduce short-lived climate pollutant (SLCP) emissions such as HFCs, methane, and black carbon by agreeing to introduce similar legislation in each state that would accelerate the reduction of these emissions. The group also issued a roadmap that identifies a series of actions that can be taken by the states to reduce SLCP emissions in the U.S. by 40 to 50 percent below current levels by 2030. This includes improving refrigerant management practices to minimize HFC emissions from equipment, as well as transitioning away from HFCs to alternatives such as natural refrigerants.

Leading this transition away from HFCs is California, which is a member of the Climate Alliance. As part of the California Cooling Act, the state has a mandate to reduce HFC emissions by 40 percent below 2013 levels by 2030, which is extremely ambitious, noted Glenn Gallagher, an air quality scientist from the California Air Resources Board (CARB). California’s governor also signed an executive order mandating that the state be carbon neutral by 2045. 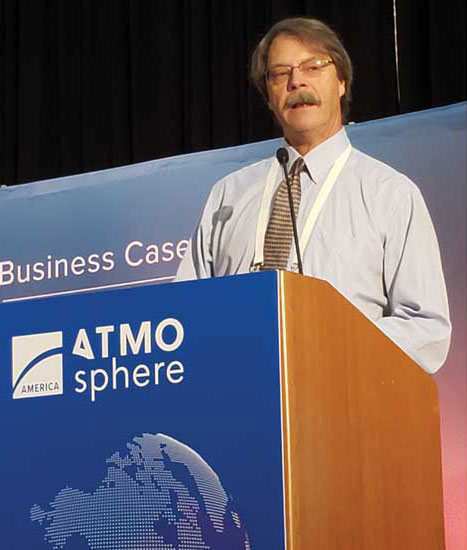 It can be expensive to purchase new equipment that utilizes natural refrigerants — or to retrofit existing systems to low-GWP refrigerants — which is why CARB asked for the state budget to include a $20 to $25 million incentive program to help with the transition, but that did not pass. Gallagher did note that $1 million was recently earmarked for incentives, which he expects will fund about three or four pilot projects.

Air conditioning systems were not included in the Cooling Act, but Gallagher stated that CARB is proposing that all new air conditioning units, regardless of charge size, utilize a refrigerant that has a GWP of less than 750 starting January 1, 2023.

“This proposal does allow R-32, as well as all HFO/HFC blends. Ideally, we would like that number to be 150 GWP or less, but the problem is that there’s not much commercially available air conditioning equipment that can use low-GWP refrigerants. Right now, there are two main options: A2L refrigerants, which are slightly flammable, and there’s also a nonflammable A1 refrigerant that’s being worked on by a major manufacturer. The problem is that A2Ls are not allowed by codes and standards, and the A1 alternative is not yet approved to use.”

Gallagher noted that CARB is also proposing a restriction on the sales of refrigerants that have a GWP greater than 1,500 beginning in 2022.

Ultimately, by 2045, all refrigerants used in air conditioning would have to have a 0 GWP in order for California to become carbon neutral. That’s quite a challenge.”

During a panel discussion, contractors shared some of the challenges of installing and servicing systems that utilize natural refrigerants such as CO2.

“Training is a huge part of our business, but our industrial refrigeration technicians are unfamiliar with CO2,” said Peter Comeau, CEO of Refrigeration Engineering and Contracting Co. (RECCO) in Woburn, Massachusetts. “We don’t have a source right now where we can get full, complete training on CO2 transcritical systems. It’s mostly field experience. Another challenge we’ve encountered is securing a steady source of refrigerant-grade CO2, but the learning curve is the biggest challenge right now.”

Robert Leonard, who is responsible for business development at Key Mechanical in Livermore, California, said that it has been difficult for refrigeration mechanics who are used to working with traditional refrigerants to transition to learning about CO2 transcritical systems.

“It’s been a challenge, but overall, I think we’ve been successful at it,” he said. “We’re a Hillphoenix dealer, and they provide a lot of training. As time goes on, we’re developing and training more and more technicians who can handle these systems.”

Ryan Welty, vice president of sales and operations at South-Town Refrigeration and Mechanical in Brooklyn Park, Minnesota, said his technicians have not had a problem learning how to install and service CO2 equipment; instead, they are struggling to learn the myriad of control systems that are now available.

All the panelists agreed that the transition to CO2 systems in supermarkets will continue to grow as more technicians become trained in the technology and end users become more comfortable with the systems.

“The costs are coming down for CO2 systems, and as far as service is concerned, they’re great,” said Leonard. “I’m all for CO2, personally and professionally. I think it’s the best refrigerant for grocery store applications.”