Its oftentimes the most confusing measurement taken in the field

Much like subcooling, understanding and calculating superheat can be somewhat difficult for newbie technicians. Superheat is probably the most talked about, yet most misunderstood technical term used by service technicians in the field, noted John Tomczyk, author and professor emeritus, Ferris State University, Big Rapids, Michigan.

Superheat may be so complicated just because of the term “heat,” Tomczyk said.

“Because something can be minus 10°F and still be superheated,” he said. “It’s a tricky phrase, you see — the term throws them off. Something superheated in our field could still be minus 30°F because it is actually the difference between two temperatures.”

Bryan Orr, co-founder and vice president of service for Kalos Services Inc. in Clermont, Florida, and founder of HVACRSchool.com, agreed, saying superheat is tough for new techs because most of them don’t understand what it represents. 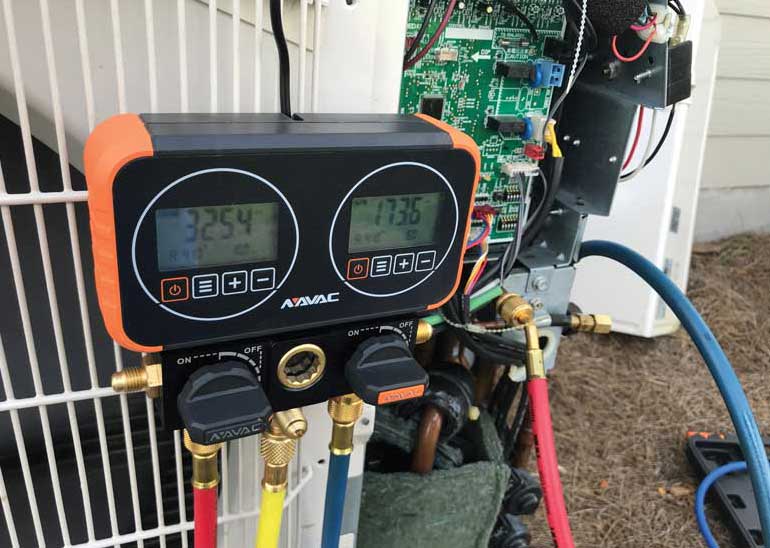 SAME TIME: Calculating superheat correctly requires a technician to check the pressure and temperature simultaneously at the same location, according to Bill Johnson, retired HVACR instructor.

“Superheat is just an ambiguous number that gets thrown around, and it isn’t something you can ‘see’ or ‘feel’ directly,” Orr said. “We immediately start saying ‘saturation’ when we teach superheat, and most new techs have no tangible examples of what that really means. The best way I’ve heard it taught was the way Eugene Silberstein explained it once: ‘Saturation is like the ocean horizon where water meets air. Superheat is like Superman flying above saturation in the fully vapor range.’”

“It is not always easy to take a pressure reading at the remote bulb location along with the temperature,” he explained. 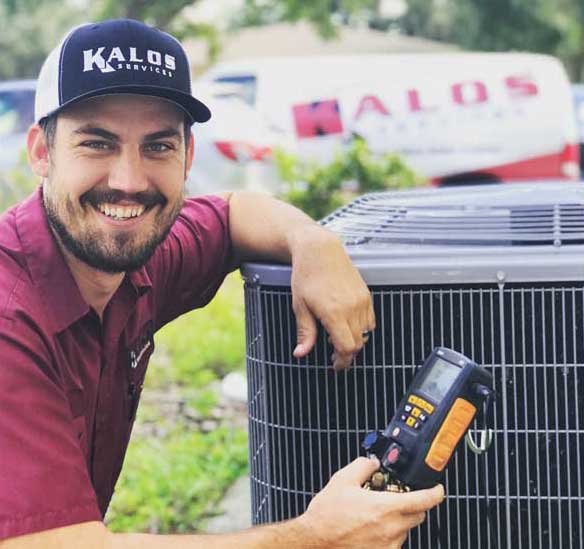 CRITICAL MEASUREMENTS: Properly calculating superheat is important because if technicians don’t have the right evaporator superheat or compressor superheat, they could send liquid refrigerant to the compressor and ruin it.

He added that there is no such thing as negative superheat because superheat simply indicates that the refrigerant is fully vapor.

“When a tech reads negative superheat, it’s a good time to double check the readings or make sure they are looking at the dew point on high-glide blend refrigerants rather than bubble point,” Orr said. “A superheat measurement is only as good as your pressure and temperature measurement accuracy. High-quality tools that are properly calibrated are the only way to get a superheat that is accurate within a few degrees.”

As Johnson previously noted, it’s not always easy for a technician to take pressure and temperature readings at the same location, but pressure is the harder reading to record because there is not always a pressure tap at the end of the evaporator.

“If it is a commercial system, a ‘tee’ fitting with a Schrader port can often be installed at the external equalizer connection on the suction line,” Johnson said. “Adjusting the superheat on a capillary tube system is very different than on a TXV [thermostatic expansion valve] system, as the head pressure will greatly affect the superheat. After adjustment, it is important to allow the system to operate for a long enough time for the system to settle down — maybe 10 minutes — after adjusting the superheat to determine what changes were made.”

Properly calculating superheat is important because if technicians don’t have the right evaporator superheat or compressor superheat, they could send liquid refrigerant to the compressor and ruin it, Tomczyk explained.

“If a technician was to measure the pressure at the compressor instead of the evaporator outlet, a higher, fictitious superheat value will be read,” he said. “As the refrigerant travels the length of the suction line, there will be associated pressure drop from friction and/or restrictions caused from long runs of suction piping, oil accumulation, filters, or valves. This will cause the pressure at the compressor to be lower than the pressure at the evaporator outlet. This higher, fictitious superheat reading may lead the technician to adjust the TXV stem counter-clockwise [open] more to compensate for the fictitious high superheat reading. This could cause compressor damage from liquid flooding or slugging from too low of a superheat setting.”

According to Orr, the most common mistake green techs make in the field is trusting superheat numbers taken with inaccurate tools that could either be poorly connected or calibrated.

“A common mistake in the field is recording the superheat when either the system is not at a steady state or close to its design temperature,” Marchese said. “Other mistakes include not knowing the correct values and not using a good pipe-style thermometer to measure the pipe temperature.”

However, Johnson cited working too fast and not following the correct procedures as the most common mistakes he has seen in the field.

According to Marchese, a technician should calculate superheat when he or she is analyzing the operation of a system problem or doing an equipment start up.

“First, measure it and compare it to the manufacturer’s standards or industry standards,” he said. “Remember the system needs to be at a steady state, meaning it has been operating for at least 10 to 15 minutes, and the case or return air temperature is close to its design value.” 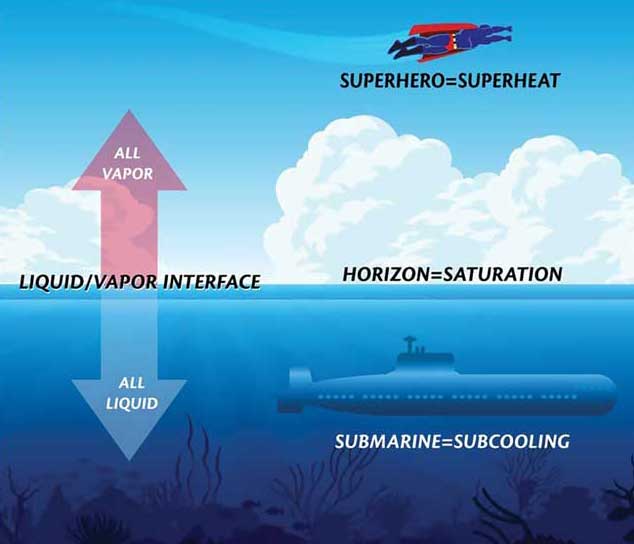 ABOVE AND BELOW: When you get the picture, it is not that hard to understand the concept of superheat, said Johnson.

“The best thing a new tech can do is work slowly and practice with a professional,” he said. “Superheat is one of the most talked about, misunderstood subjects in the field of refrigeration service. When you get the picture, it is not that hard to understand the concept. Be sure that the remote TXV sensor is located correctly and mounted tightly to the suction line. Be sure the contact surface is clean and tight. The sensor bulb should be properly insulated unless otherwise directed. Manufacturers give specific instructions for location and methods for mounting TXV sensing bulbs.

“These directions must be followed closely for correct TXV operation,” Johnson added.

According to Orr, superheat should be calculated anytime a charge is being set or confirmed. There are many circumstances where technicians may test a system without connecting gauges at all to reduce refrigerant loss and contamination, but anytime techs do connect gauges, superheat is worth checking, he noted.

“However, superheat by itself cannot be used to make a diagnosis,” Orr said. “It is generally used in conjunction with subcooling, suction pressure, head pressure, compressor amperage, and other readings to come to a diagnosis.

“Superheat is a single measurement, and while it is significant, it can be overemphasized,” he added. “A good tech uses all of their resources and makes a thoughtful visual inspection of the equipment in addition to taking diagnostic measurements like superheat.”