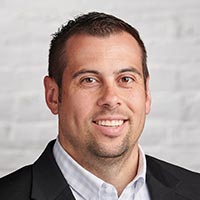 XOi Technologies (Nashville, Tennessee) named David Johnson to its board of directors.

ACCA is seeking nominations for its 2019 Residential and Commercial Contractors of the Year awards programs. Winners will be recognized at ACCA’s Annual Conference and Trade Show in San Antonio, March 4-6, 2019. Applications are due Oct. 12.

iMarket Solutions (Costa Mesa, California) was named one of the nation’s fastest growing private companies on the Inc. 500 list.

HomeServiceChats (Kansas City, Missouri) announced a 10,000-square-foot expansion as it passes an achievement
of more than half a million chats served.

ServiceTitan (Glendale, California) was named one of the fastest growing private companies in the U.S. by Inc. magazine’s 500 list for the second year in a row.