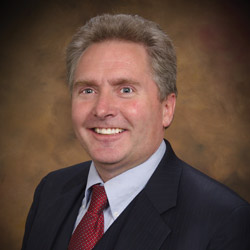 Steve Clark, 55, and his wife, Susan, of Provo, Utah, were killed in a motor vehicle accident near St. George, Utah, on May 24.

Clark was born Nov. 1, 1957 in Great Falls, Mont., the fifth son of Maurice Paul Clark and Patricia Gertrude Myers Clark. After graduating from Montana State University with an engineering degree, he worked for several years as a professional engineer and eventually started his own engineering firm, but was always focused on building energy efficiency.

While working on a large project in the U.K., he discovered a German-made polypropylene pipe manufactured by Aquatherm. His experience (including award-winning building system designs and international HVAC and piping patents) had revealed that pipe selection is a key component to efficient building design, and he was able to acquire the North American distribution rights to the polypropylene pipe systems in 2007.

As president of the company, Clark assembled a corporate team and distribution network that helped fuel the company’s steady and significant growth and Aquatherm was named to Forbes magazine’s List of America’s Most Promising Companies each of the last two years.

Clark also worked tirelessly as an advocate for broader adoption of radiant heating and cooling and improved building efficiency in North America. He published articles, spoke at industry events, served on industry committees, and promoted energy-efficient pipe alternatives. He was active in industry associations, serving on the ASHRAE 189.1 committee for high-performance green buildings, the green schoolhouse series advisory board, and others.

He is survived by both of his parents; his brothers Mark, Dennis, Kim, and Kevin; and sisters Mary, Kelli, and Trudi, as well as their children, Amber (David Chen), Adam (Genevieve Binkerd), Aaron, Austin (Chantelle Turley), Autumn, and Anne, as well as their grandchildren Lynn and Lily Chen.