This website requires certain cookies to work and uses other cookies to help you have the best experience. By visiting this website, certain cookies have already been set, which you may delete and block. By closing this message or continuing to use our site, you agree to the use of cookies. Visit our updated privacy and cookie policy to learn more.
Home » New Company Rises Among Florida HVAC and Plumbing Scene
HVAC ContractingNewsBusiness ManagementHVAC Residential Market

Mechanical One opened its doors July 2021, now has two divisions and continues to expand

When it comes to starting an HVAC and plumbing business, most contractors might hesitate to do so during a global pandemic. Not Central Florida-based Jason James — he took the risk, opened the doors of his company Mechanical One in July 2021, and has been reaping the rewards of rapid growth ever since.

After selling interest in an old company he had shares in, James decided to take some time off to discover his next step. He might have been taking time off, but that doesn’t mean the phone was. Customers stayed contacting him for different needs, and since the trust was there from years of ongoing relationships, James said he felt obligated to answer whenever he could. These calls eventually led to the idea of starting Mechanical One. 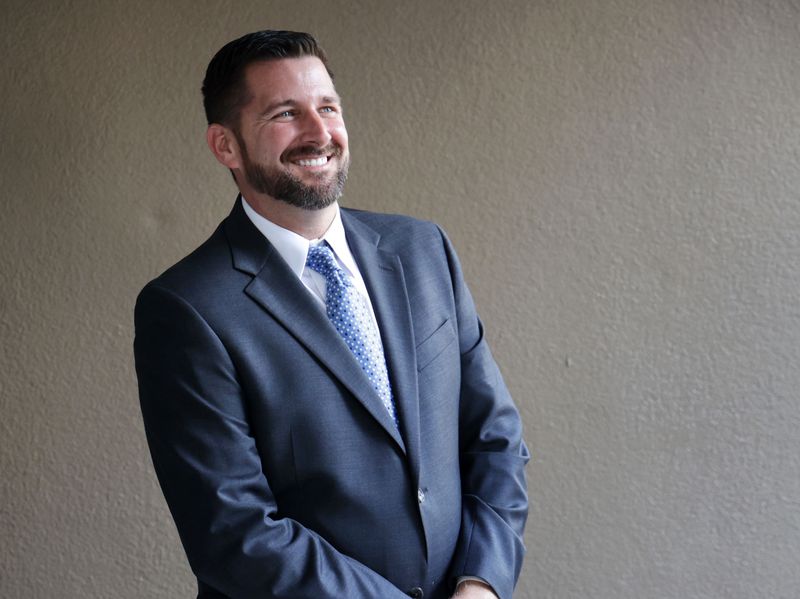 LEADERSHIP: After selling interest in an old company he had shares in, Jason James decided to open his Central Florida-based company, Mechanical One. (Courtesy of Mechanical One)

“The path I have been able to go down would be almost impossible if it wasn't for so many contributing factors. The overwhelming factor has been the people that chose to come on board,” explained James.

As consumers and other businesses in the Melbourne area began to see Mechanical One’s trucks driving around, they started to call in about working with or for the company, which led to their rapid expansion and opening of a second office in the East Coast. James said because of the extreme demand, they have already outgrown their East Coast location and are actively looking for another building.

Employees are Number One

Mechanical One runs their business on the ideology that their employees are the main priority. Whether that’s offering comprehensive benefits or scheduling employees close to their homes so they don’t have a long commute at the end of their workday, making sure their workers are happy is key.

“I feel like if you take care of the employees, that shines through in the actual execution of the work,” added James.

Although plumbing and air conditioning services tend to be conducted in the same manner across different businesses, James said their almost obsessive focus on employees is a differentiator. Mechanical One is known among its employees and clients to have a culture of warm and inviting people who are all excited to be a part of the team. Their reputation through word-of-mouth goes as far as being the only form of marketing the company has. Mechanical One’s website has been active for a short period of time, and it does not sell anything — it only offers opportunities for work. James said their strategy is to go beyond the expectations of their current customers and serve them well before looking to develop the business into other areas.

James’ approach toward leading a team of employees is to provide them with opportunities that will really make a difference and essentially change their lives. Recently, his company made the decision to award two employees with brand-new houses — no strings attached. The idea came to fruition on a hot summer day in Florida, when James visited a site on his way back from a meeting. He had watched as one of his employees was chipping up concrete in the heat, with overflowing energy and a big smile on his face.

“One of our other team members came in and he said, ‘Not only is he doing that, but today is his birthday. It's a milestone birthday,’” recalled James. “I was touched. It really humbled me and drove me to be like, ‘I have to do something way bigger than what I have been thinking.'”

James said because Mechanical One is a part of the process to finish a house, he was inspired to start a home ownership program. After looking at the numbers, James realized that not only would they be able to give away one home, but they could probably give away a second home, so both divisions of the company would be included. Although the homes have not been built yet, the land has already been purchased.

Along with the possibility of home ownership, James supplies his employees with health care that is active from day one, including mental health counseling at no extra cost to the employee. They don’t know who receives the counseling — Mechanical One just handles the hourly bill from the Counseling Center.

Although the doors of Mechanical One opened recently, the community within has been around for a while. Many of the employees have some connection to James or the other employees. Thomas Parrish was working as a plumber for 17 years before joining Mechanical One, and he expressed no concerns about working for a company that is less than a year old.

“I had heard about it from a friend, and there was another guy that I worked with, he's one of the head guys there that started with Jason and everything,” said Parrish.

Word about the new company had spread around Central Florida, and many HVAC and plumbing professionals agreed it sounded like a good job opportunity. Parrish said the company culture is a definite plus — everyone is a hard worker and has a great attitude. He attributes much of the healthy culture to James’ leadership, stating that “he takes care of” the employees and as a result, the company is developing well.

Anthony Mitchell, a builder at Mechanical One, had worked with James in the past and said his actions were always very commendable.

“I said, ‘It’d be great to work with you and get things rolling, if ever that happened.’ And it came to fruition,” said Mitchell.

Although they tend to hire well-seasoned employees because of where they currently are in the market and starting out as a new company, Mitchell said candidates who are motivated and willing to work hard to learn the trade are always welcome. With everybody in its tight-knit community diligently working, Mitchell said watching the growth Mechanical One has had has been nothing short of incredible.