Trane Technologies’ (Davidson, North Carolina) commercial HVAC business announced a price increase of up to 7.5% on select Trane unitary, applied, and controls equipment. The increase will be effective April 9, 2021.

AAON (Tulsa, Oklahoma) announced a price increase of 4% on all AAON HVAC equipment.

Johnson Controls (Glendale, Wisconsin) announced that its chairman and CEO George Oliver has been chosen by the Business Roundtable Chairman Doug McMillon, president and CEO of Walmart, to serve as chair of the organization’s Energy & Environment Committee. 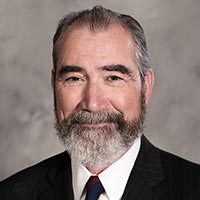 The Climate Control Group (Oklahoma City) appointed Kevin McNamara as chief operating officer for all its businesses in Oklahoma City.