Chilled beam technology is moving the needle in the U.S. market. Before the COVID-19 disruption, there was sustained growth from roughly $239 million in 2015 to an estimated $406 million forecasted for the end of 2020, according to Gordon Mills, air distribution and sound product manager for SEMCO® LLC.

“The 2020 estimate is pre-COVID-19,” he said. “I have heard that the industry as a whole is expecting roughly a 28 percent decrease across the board, which will also affect chilled beams.” Ideal for a large number of building applications, this technology operates using the building's chilled and hot water supply instead of refrigerant. 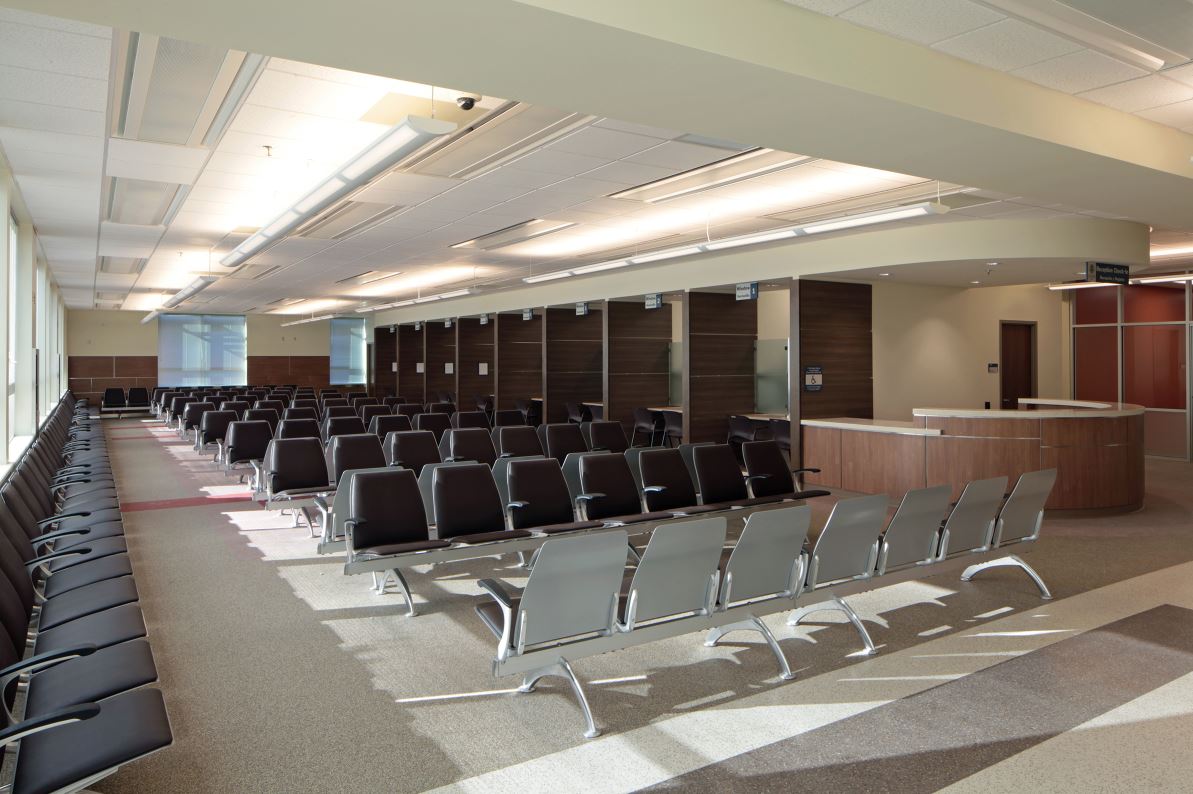 Ken Loudermilk, senior chief engineer at Johnson Controls, noted that recent legislation that allows the use of chilled beams in healthcare facilities promises strong growth for the market going forward.

“As a result of the current COVID-19 pandemic, DOAS systems, whose application are much more attractive when used with decoupled space sensible cooling terminals like chilled beams, will likely come into wider use,” he said. “This pandemic will incentivize owners and designers to seek solutions that offer improved contaminant removal and/or local abatement without significantly raising energy and maintenance costs. At the forefront will be chilled beams coupled with [dedicated outdoor air supply] DOAS systems.”

As chilled beams push further into the current market, understanding how they work can help HVAC businesses find new revenue streams and applications in which their technicians can excel. One selling point for efficiency is that chilled beam systems typically use 70 percent less air than an all-air system, according to Giancarlo Tosi, regional sales manager, Dadanco. This means that the air handler and supply air ducts can be half the size. 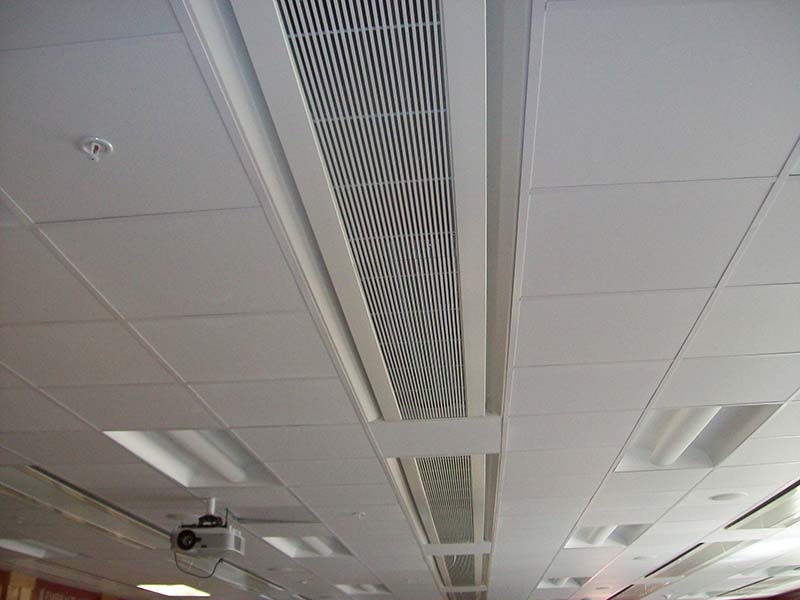 ONE OR THE OTHER: Chilled beams are setup as either active or passive beams. An active beam will incorporate fresh air into the room, while a passive beam only utilizes air in the room.

Loudermilk explained that the reduced ducted airflow rates associated with chilled beam systems allow them to be coupled with a DOAS system without imposing significant energy penalties.

“All-air systems involve sufficient conditioning — sensible and latent heat removal — at the air handling unit of the air stream supplied to the space,” he said. “As such, they typically mix a minimal amount of outdoor air with return air before conditioning the mixture. The outdoor air percentage is minimized in order to reduce energy consumption, as it is almost always less expensive to recondition return air than to condition outside air.”

“These airflow rates are typically only 25 to 35 percent of that required by all air systems to provide space sensible cooling,” he said.

Mills further explained that chilled beams are set up as either active or passive beams. An active beam will incorporate fresh air into the room, while a passive beam only utilizes air in the room.

“The chilled or hot water passes through the coil inside the beam,” he said. “As the air passes across the coil, the temperature change helps circulate the air within the room.”

Having been around for some time, chilled beam technology has experienced the ups and downs of early adoption. One of those down experiences was what some technicians knew as indoor rain. As it is somewhat of a misnomer from early years overseas, Loudermilk advises against using that phrase.

“To my knowledge, there has not been a single installation in this country where sufficient condensation has formed the first drop,” he said. “Chilled beam systems are designed to use chilled water temperatures that are maintained at or above the space dew point. The space dew point is maintained by air ducted from the central air handling unit, the same means employed by centralized all-air systems.”

Loudermilk also explained that condensation is not an issue as long as the space humidity is controlled, one of the paramount responsibilities of the air handling unit. According to him, condensation cannot occur in a properly designed and operated chilled beam system.

As with evaporative cooling, dryer climates were viewed initially as the primary region for chilled beam use, said Mills.

“The industry advancements make chilled beams ideal in any climate, as they are more widely accepted across all regions,” he noted. “We continue to develop and innovate chilled beams and their complementary components to allow full integration into the building controls to further optimize performance.”

Tosi agreed that the outside air doesn’t play a significant role when choosing to use chilled beam technology. He advised, however, that chilled beams don’t work as well in zones with high latent loads like restaurants, gyms, and bathrooms.

“You can successfully use chilled beams anywhere you can control the indoor humidity,” said Loudermilk. “If you have operable windows in a humid climate, some degree of condensation prevention is often necessary, but otherwise, the beams — once installed — don’t know where they are and are happy as long as the indoor environment is maintained.”

The Future of Chilled Beam Technology

As chilled beam technology continues to advance, Tosi expects that further integration with radiant will bring new possibilities for this refrigerant-free technology. Mills is looking at a continued development of controls integration.

“We continue to develop and innovate chilled beams and their complementary components to allow full integration into the building controls to further optimize performance,” he said. “Using an energy recovery wheel in the primary outdoor air unit will better maintain the space humidity and allow the beams to only handle sensible cooling or heating.”

Loudermilk thinks the biggest advancements will be in the realization that pairing chilled beams with DOAS presents a low-energy solution that also improves the indoor environment.

“An application where chilled beams are ideal is for K-12 classrooms,” he said. “They represent a low noise solution and, combined with DOAS, ensure that all of the aerosol and respiratory contaminants removed with the return air are exhausted and not recirculated to all of the classrooms served by the system. This is particularly important in light of the ongoing pandemic.”