Professionals explain their changing field and how they adapt

For example, Michael Petri, owner of Petri Plumbing & Heating in Brooklyn, New York, explained that in the past, most hydronic boilers were vented into the open air through a chimney. Regardless of whether the system was designed for steam or hot water, it had a standing gas pilot, he said.

“Today, although steam boilers still use chimneys, most modern hot water boilers can be vented directly outside where code allows,” said Petri. “In addition, both now use electronic pilot lights that only turn on when necessary.”

With new technological advances being applied to boiler and hydronic system technology, HVAC technicians are finding that the resulting increased efficiencies are giving rise to directly proportional increases in maintenance.

“The current units used in hydronic systems are more efficient but require more maintenance,” said Moe Hirsch, owner of Moe’s P and H Inc., Rockland County, New York. “The older units may have been less efficient, but they would run forever without very much intervention.” 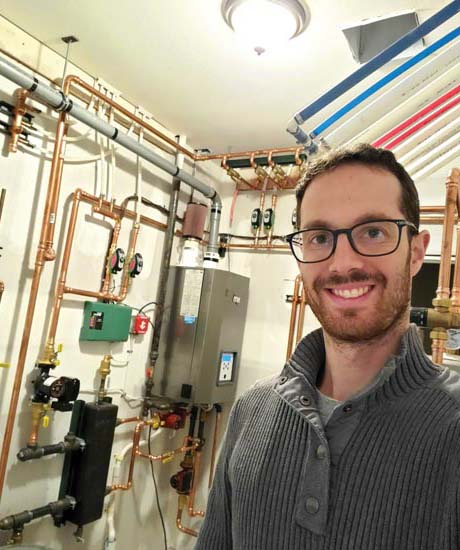 The maintenance issues of the newer systems are often a direct result of their installation and commissioning. The systems require proper setup and regular cleaning to function properly and at peak efficiency. According to Dan Foley, owner and president of Foley Mechanical in Lorton, Virginia, in the mid-1980s and early 1990s, a boiler meant a cast iron boiler. At that time, there was no such thing as a stainless steel modulating condensing boiler.

“They were built like a tank and would just last,” he said. “We didn’t do anything special with the boiler, either. We attached the pipes, filled it with water, and let it be.”

The company began installing modulating condensing boilers around the turn of the century, between 1999 and 2001.

“We installed them the same way we had the cast iron boilers, and we found out that you can’t because they are not the same,” explained Foley. “We learned the hard way that water quality was a big issue that actually affected the functionality and lifespan of the newer boilers.”

After the first few installations, Foley Mechanical found out that treating the new boiler installations as they would a cast iron boiler installation led to pin holes or leaks on the combustion side. Foley also realized that these units would get dirty if not properly cleaned, and that would affect the operation as well.

“Unfortunately, the new units were unfairly maligned,” he said. “We just didn’t realize at the time how much service the stainless steel boilers require, compared to a regular cast iron boiler.”

In order to properly set up and commission a condensing boiler, technicians at Foley Mechanical now have a specific procedure they follow. Before they do the installation, technicians come in and put a cleaner into the system if the boiler is still running, and then let it run for one to two weeks. If it is not running, the technicians will use a pump to circulate the cleaner for as long as possible in an effort to loosen up the old dirt scale corrosion and sediment and get it out of the system. Once the installation of the new unit is complete, the system is flushed thoroughly, and clean water is put into the system. That clean water is then treated by Foley’s technicians.

“This is not a, ‘Hey you ought to’ or ‘It’s a good idea to,’” said Foley. “If you don’t, you’re going to have no-heat situations or failed heat exchangers. We put it in our contracts now that the boiler has to be certified annually or the warranty is void, because the clients always pulled the ‘Nobody told us’ or ‘If only we knew, we would have done it.’”

As for the gas side of hydronic systems, Foley said that there is no such thing as a factory setup, pointing out that technicians must use a combustion analyzer.

Another set of modern upgrades addresses efficiency directly. Petri pointed out that many systems used to max out at 83 percent, while today they can reach 98 percent efficiency.

“Older hot water heating systems were set to operate at 180°F, but in today’s modern condensing boiler, they can operate at just 140°F,” he said. “Even circulators have advanced. While older units only turned on and off as the heating system required, new circulator pumps have multiple speeds. They can even show how effectively the circulator is operating as it is being used.”

“Circulators are basically producing a given flow and pressure at about half the electrical input wattage that previous generation circulators used, and that is a big deal in the industry, because circulators are used in every system and there are systems that have many circulators in them anywhere from five to 25 circulators,” said Siegenthaler. “Even though the circulators are in residential light commercial systems, the circulators are small, but there are millions of them used. So, just like light bulbs, an individual light bulb change isn’t going to affect the need for another power plant, but in the millions, they can add up.”

“The use of plastic PEX tubing for hydronic distribution, as well as for all types of radiant heat and cooling, has changed how we install systems. Advancements in technology have allowed many different connection systems to play in this market as well, making installation, retrofit, and service tasks easier and faster.”
— Moe Hirsch
Owner Moe’s P and H Inc.

It is not only the boilers and circulators that have changed in modern hydronic systems. The piping and controls being used today, as compared to 20 years or more in the past, have taken a step up as well. 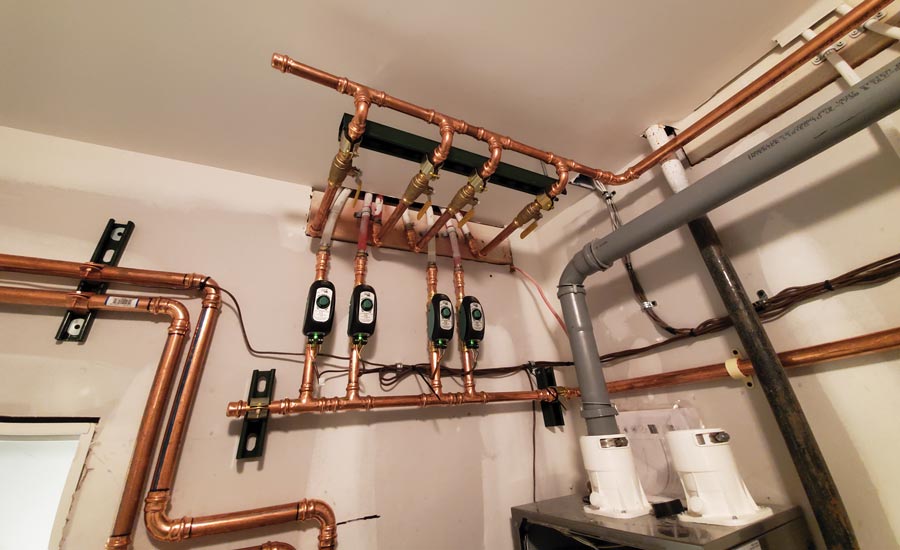 PIPING AND CONTROLS: It is not just the boilers and circulators that have changed in modern hydronic systems. The piping and controls being used now, as compared to 20 ago, have taken a step up as well.

“The use of plastic PEX tubing for hydronic distribution, as well as for all types of radiant heat and cooling, has changed how we install systems,” said Hirsch. “Advancements in technology have allowed many different types of connection systems to play in this market as well, making installation, retrofit, and service tasks easier and faster.”

According to Siegenthaler, it is not just the PEX market that is evolving with modern hydronic systems. The entire polymer piping market is gaining share against metal pipe in both residential and commercial markets, he said. The list of polymer pipe includes PEX, polypropylene, PEX aluminum, PEX composite tubing, etc.

“Pretty much any type of pressure/temperature rated pipe that’s available is being used now in hydronic systems,” said Siegenthaler. “In many situations, especially on longer runs, they go in faster than copper and are less expensive. These two factors are helping them make gains in the market against copper in smaller systems and, to some degree, against steel piping in larger systems.”

Not to be left out of today’s IoT trend, modern hydronic systems are making connections to controls both on-board and wirelessly. An immediate upgrade that Hirsch likes to provide for customers is a switch to programmable thermostats. He also encourages the use of outdoor resets, along with warm-weather shutdown controls.

“The controls that are being built into some boilers now are system-level controls, as opposed to just controls that would operate the boiler,” said Siegenthaler. “This is the result of microprocessor-based controllers becoming less expensive and having more capability. It hasn’t really changed the thermodynamic performance with the boiler.”