Two types of boilers can be better than one — especially when trying to minimize operating costs over the course of a heating season. By combining a large mass, noncondensing boiler with a high-efficiency condensing boiler — the essence of a hybrid system — contractors can ensure that the heating system is running at optimum efficiency. 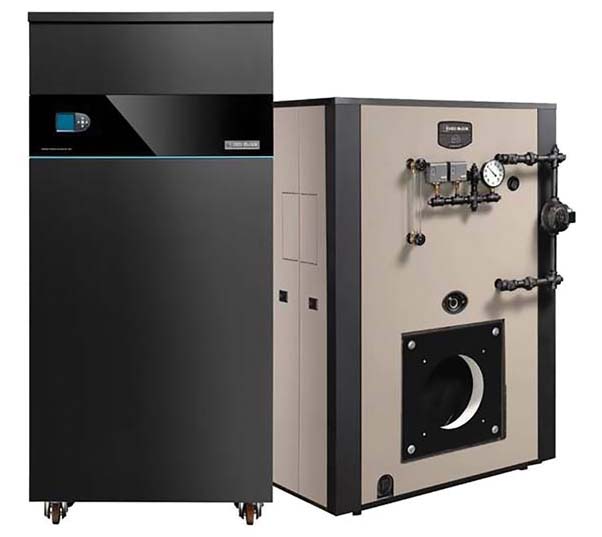 BOILER CHOICES: The use of hybrid systems is becoming more and more common, with engineers and building owners evaluating the heating efficiencies and other benefits of going hybrid in their current and new build heating systems.

Condensing boilers reach their maximum efficiency — upwards of 95 percent — when the return water temperature is below dew point.

With an understanding of the hybrid system concept, contractors may be curious as to why they can’t achieve the same results by using an all high-efficiency boiler plant. To answer this, it is important to consider the benefits and not just the functions of a hybrid boiler plant.

When looking at boiler replacement applications, installing a hybrid system makes sense in existing, noncondensing replacement boiler applications. Most often, there are at least two high-mass, noncondensing boilers in older boiler plants. Installing a high-efficiency condensing boiler in place of one of the failing high-mass boilers now enables the efficiency benefits of the hybrid system. Further, this approach enables an incremental step in financing the overall boiler replacement capital outlay over time.

New build applications can be costly endeavors. In short, condensing boilers usually cost more — upwards of 30 to 40 percent more — than noncondensing boiler systems because of the non-corrosive heat exchanger materials required. A hybrid system is more cost effective to purchase upfront and often achieves the greater portion of the energy savings of replacing an entire boiler plant with high-efficiency condensing boilers.

Inherent to their design, noncondensing boilers have a long product life because of their thicker cast iron design and wider water pathways. Installing a hybrid system ensures a longer life of the boiler plant dedicated to the coldest heating season months. 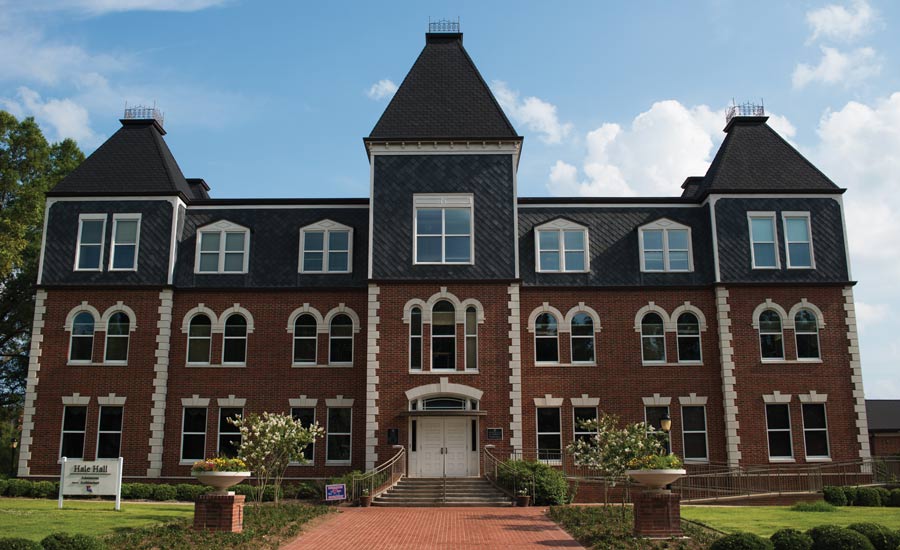 Consider this example. A hybrid system could be utilized in an elementary school with two large cast iron boilers, one of which needs to be replaced after many years of dependable operation. The cast iron boiler is replaced with a Weil-McLain Evergreen™, SlimFit™, or new SVF™ high-efficiency condensing boiler to match the heating requirement. The advanced Weil-McLain Unity™ control allows the assignment of an alternating lead/lag boiler plant, utilizing the new condensing boiler as the primary boiler over the heating season shoulder months and the existing noncondensing boiler for colder days.

Combining a cast iron boiler with a high-efficiency condensing boiler can reduce wasted energy, lower utility costs, and protect the environment with a smaller carbon footprint — all while extending the life of the existing heating system at a lower acquisition cost.

The use of hybrid systems is becoming more and more common, with engineers and building owners evaluating the heating efficiencies and other benefits of going hybrid in their current and new build heating systems. Commercial buildings such as medical facilities, apartment complexes, churches, schools, colleges, nursing homes, and corporate campuses are using hybrid system boiler designs more frequently. John Miller is the commercial boiler senior product manager with Weil-McLain, a leading North American designer and manufacturer of hydronic comfort heating systems for residential, commercial and institutional buildings. Founded in 1881, Weil-McLain is based in the Chicago suburb of Burr Ridge, Ill., with manufacturing facilities in Michigan City, Ind. and Eden, N.C., and regional sales offices throughout the United States.