The annual conference uncovered the secrets to success

It’s the business of doing business that puts small businesses out of business.

That statement, by Dave Kyle of Trademasters Service Inc., summed up why nearly 1,000 contractors took time from their day-to-day routines to travel to the Henry B. Gonzalez Convention Center in San Antonio, where they spent several days at the 2019 ACCA Annual Conference, sharpening the saw when it comes to how to run a better business.

“Hiring a full-time salesperson was a big step for me,” one of ACCA’s contractor members told Kyle during a networking lunch that was geared specifically toward businesses that make under $3 million in revenue per year. “And it’s made a big difference in closed sales in a row, because I’m not doing it all, and the time I would spend on a dead call, that’s his time now. And I can go work on another project … more management, operations. I can see what’s going on instead of trying to put out fires between calls. I can see what’s coming and maybe avoid some of those issues.” 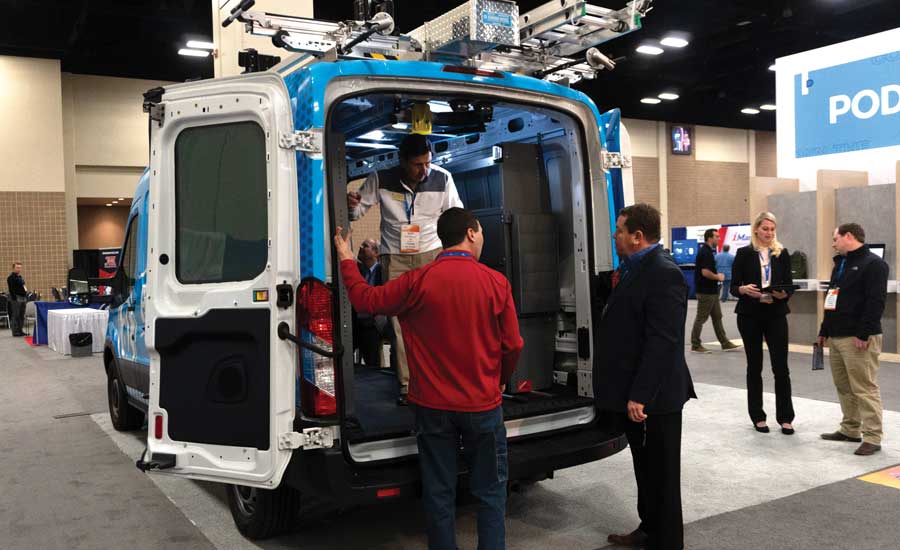 “I’m worried,” Kyle joked. “Aren’t you a better salesman than your salesman?”

“Nope!” he said, sparking laughter and a ripple of applause.

“That’s really the challenge of the small business: We don’t take the time to train or educate: ‘nobody can do it like I do it,’” said Kyle, using the comments to jump into a discussion on the transition from working in the business to working on the business.

Kyle shared a few things that made a difference for him, when growing as a small business. One was a non-negotiable: Never work with negligent people. The HVAC culture allows contractors to make mistakes and learn from them, he said — but in the instance of lying, cheating, and stealing, the line is clear. That also went for a new hire who drove a company truck 107 mph on Fairfax Parkway within his first week on the job.

“They’re dangerous to have around; they do not care,” Kyle said. “They could cause a fire, put someone’s health in jeopardy.”

The conference included a number of breakout sessions on topics including millennials in the workforce, opioid use and abuse in the workplace, risk management for drivers, customer service training for technicians, and the future of distributors in the online marketplace.

Justin Jacobs, a marketing coach at Hudson Ink, spoke about the importance of marketing to get contractors connected with people in the area. 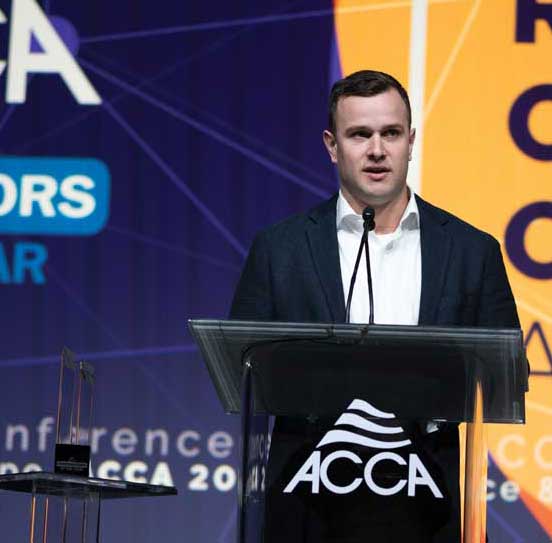 AWARD WINNER: Hoffman Brothers was recognized as the ACCA 2019 Residential Contractor of the Year.

“Contractors say, ‘Can’t I just forget about all that other junk and be successful?’” he said. “Well, the short answer is, no — at least not without falling far short of your true potential. You know what the sad truth is? You can be the absolute best contractor of your day — best service, most knowledgeable techs, shiniest trucks, doesn’t matter — you will go out of business if these three things don’t happen. People have to know about you. You have to give them a reason to choose you over the competition. And, they have to remember you after that first transaction has happened. And none of those three things just magically happen on their own.”

Good marketing will get homeowners to make their call, and make it to your business, he said. Jacobs spoke about the two kinds of clutter that contractors have to cut through: media noise on the homeowner’s end, and confusion for the contractor, which can often lead to inaction.

“If you’re unclear about what to do, that’s when you leave events like this with a bunch of fliers in a bag that says ACCA on it, and you go home and you chuck that baby in the corner and you don’t do a thing,” he said. “Maybe you send out one media type and hope for the best, and you’re often disappointed by it. And you quit … Confusion can kill your marketing and your company, if you let it.”

Strong, consistent marketing, on the other hand, can really launch a business. Current surveys say that 40 percent of tuneup calls should result in a maintenance contract, and one out of 24 tuneup calls discovers a replacement need.

“Think about your 50 best customers — your people who have the maintenance agreement, they pay on time, they don’t complain, and they refer friends — they’re the easy ones to work with,” Jacobs said. “How much would it change your business to target and successfully add 300?”

Wednesday morning was a town-hall meeting, where time ran out for all the topics contractors wanted to cover: think workforce, health care, changes in refrigerants, and more.

“There is a lot more interest in advocacy and government relations work, and we’re just scratching the surface, because so much of our work is not just on the federal level,” said ACCA CEO Barton James. “I think too often, we think that contractors don’t care about that kind of stuff, and that room was full, and there were a whole lot of issues we didn’t even get to. I think one message was, manufacturers ... can’t take contractors for granted. They are your customer.”

James was formally appointed CEO of ACCA during the conference.

“There’s a new ACCA, and it’s all about [the members],” he said. “The fact that our conference has been rebranded ... putting our board of directors on the stage from the beginning to make them accessible to the attendees ... and the people that are part of ACCA, because each of those board members are supposed to be that face [of the organization],” he said. “There’s a lot of desire to do things different, so it’s nice to see that kind of come together, and I think that it can only come up from here.” 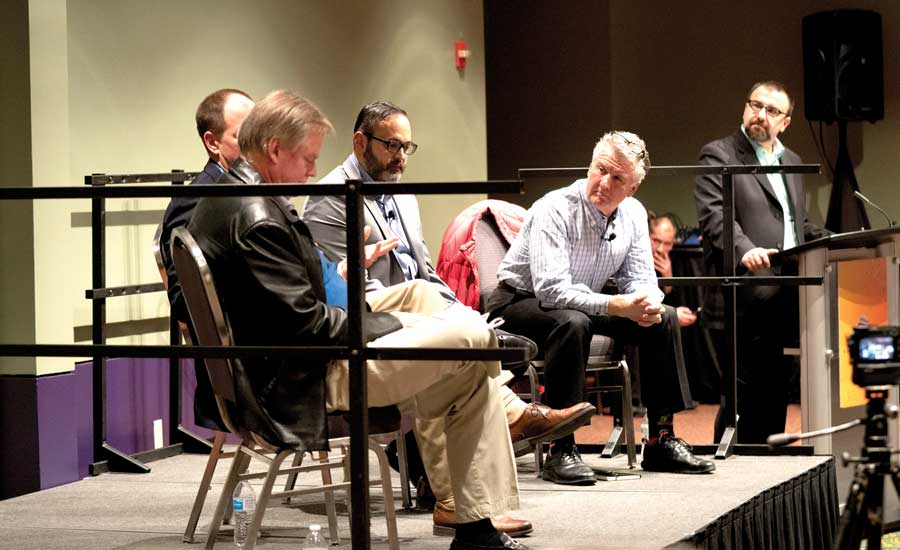 Conference attendance in 2019 was ahead, number-wise and dollar-wise, of last year, James said.

“The contractors that are here, and can make that investment in themselves ... there’s so many things that they get in other places that are ... pushing them toward a product rather than more neutral ‘these are things that can help you in your business,’” he said. “Steve Schmidt, the outgoing board chairman, has been very clear [that] this industry has way too much duplication, and we do. ACCA should be a clearinghouse, and I think that goes along with our values ‘these [vendors on the show floor] are good people to work with.’ I think that’s a different lens that I definitely have. It feels like a campaign slogan, but we are stronger together.”

Ten percent of ACCA members are in Texas, where there is TACCA, or Texas Air Conditioning Contractors Association, a nonprofit trade association similar to ACCA. James mentioned ACCA’s short-lived federated model, which he said he’d like to revive. Things weren’t working out with all the states, “and I think we kind of threw the baby out with the bathwater,” he said.

“I’m not sure if it will be ‘federated’ — I don’t know what we will call it, but I do want us to work together, not in opposite directions,” James said. “I’ve been hearing more and more that that’s missed, like they can’t access MIX [management information exchange] groups without it. Talking to TACCA, we only have 30 percent that cross over — their members that are ACCA and vice versa. So our No. 1 state, we both have 70 percent that we’re not capturing. It’s a lot of potential.”

This year, ACCA will bring more stuff on a regional level James said.

“This conference is a great example; however, we know that this is still a local [attendance base],” he said.

ACCA sessions were recorded, which is new, James said.

“Not all of our members can make it here,” James said. “[But] we’re doing too much good stuff to not share. That’s one of the things we can offer our folks … there is still that chance to learn.”