Manufacturer to add more than 50,000 square feet to its Missouri headquarters 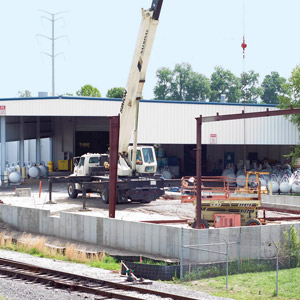 Foam Supplies Inc., a polyurethane foam systems supplier and producer of the patented ecomate® foam-blowing agent, recently announced plans to add more than 50,000 square feet of production and warehousing space to its Earth City, Missouri, headquarters. The expansion is in response to an increased demand for ecomate as well as the anticipated future demand from both new and existing customers.

“With the EPA [U.S. Environmental Protection Agency] set to announce a phaseout of current hydrofluorocarbon (HFC) blowing agents, manufacturers in a range of industries are taking a proactive approach in replacing HFCs now,” said Todd Keske, COO, Foam Supplies. “As an EPA SNAP [Significant New Alternatives Policy]-approved non-HFC blowing agent with a proven track record spanning well over 10 years, ecomate is appropriate for anyone looking for an effective and environmentally friendly replacement.”

The new building is expected to be fully operational by August. Additional warehousing and distribution space has also been secured less than half a mile away. In total, the expansion will add manufacturing capacity to the company’s U.S. operations in Missouri and Texas.