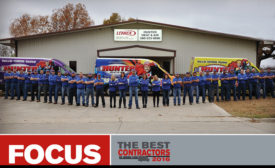 Faith-based contractor draws inspiration from a higher power
Ron Rajecki
No Comments
Hunter’s founding of Hunter Heat & Air in 2006 was a classic HVAC industry start-up: himself, his brother-in-law, and one truck. Today, Hunter is the co-owner — along with his wife and vice president, Nicola — of a company with four locations, 32 employees, and annual sales of $5 million.
Read More 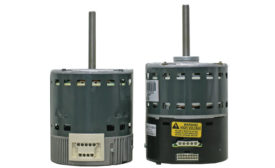 Examining the Benefits of ECMs

For consumers to make an educated buying decision, contractors must be able to thoroughly explain the potential features and benefits of a motor retrofit. These include energy savings, benefits from operating the fan continuously, reduced operating noise, and improved airflow control. 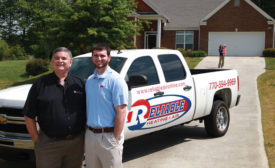 Variable-speed blowers on indoor units can enhance the comfort and efficiency of residential HVAC systems, but most homeowner customers won’t be aware of those benefits unless you explain them. A few minutes spent educating homeowners about the advantages of variable-speed equipment and how the technology actually works could help you sell an upgrade and create a happier customer.

Kevin O’Neill, owner of O’Neill Cooling and Heating in Myrtle Beach, South Carolina, is a fan of variable-speed blowers on indoor units because of the enhanced dehumidification capabilities they provide. He said he includes a variable-speed indoor unit on the majority of the systems he sells.

“When a traditional air conditioning system starts up, the outdoor unit and indoor unit both come on full blast,” O’Neill pointed out. “The problem is, the indoor coil doesn’t get cold immediately; it can take as long as 15 minutes to reach maximum coldness. So, if you have a slightly oversized system, or if you’re in the shoulder months of spring and fall, the coil in a traditional system doesn’t really get cold enough to  dehumidify for at least five minutes and sometimes as long as 15 minutes.

“When a system with a variable-speed indoor blower initiates, the outdoor unit kicks on, but the indoor fan starts at only 50 percent of airflow,” he continued. “That allows the indoor coil to get much colder sooner, and it will typically reach maximum coldness in a minute or less. That allows the system to do a much better job of dehumidification, which is important in this climate.”

O’Neill said he educates his customers on the dehumidification advantages of variable-speed performance by using the classic “condensation on a glass” example.

Dan Jape, owner and CEO of Reliable Heating & Air in Kennesaw, Georgia, said variable-speed indoor blowers are included on about 85 percent of the units his company sells.

“No matter what condenser you match with a variable-speed furnace, you get the best comfort and a fast payback,” he said. “We usually work on the furnace selection first and then move onto the condenser we want to pair it with.”

According to Jape, there are three key selling features he utilizes to sell variable-speed equipment: energy cost savings, comfort, and humidity control. He said to run a variable-speed electronically commutated motor (ECM) or a variable-speed dc motor costs about $30 per year in Atlanta, compared to about $300 per year for a permanent split capacitor (PSC) motor.

“The first thing we discuss with customers is energy savings. Then, we explain how this upgrade will make them more comfortable,” he said.

“Everybody has had the experience of a furnace heating up the air quickly, yet still being uncomfortable because the items in the home — the walls, floors, and furniture — aren’t warm. By running slower and longer on low speed, a variable-speed system may take a longer time to heat the air, but it does a better job of creating radiant heat from the objects in the room that make you feel more comfortable.

The third selling point — the ability to program a humidity set point with a variable-speed unit — may be the most important, said Jape, especially in Atlanta.

“In this market, we have days when you can just wring the water out of the air, so we appreciate enhanced dehumidification,” Jape said. “Most of the time, when our customers hear ‘enhanced dehumidification,’ they’re sold. So, between the humidity control, better comfort, and the fact that the variable-speed upgrade pays for itself in just a few years of electrical savings, it’s a pretty easy sell.”

After customers have been sold on the benefits of a variable-speed indoor unit, Jape said contractors should emphasize how these benefits will multiply when paired with the correct, appropriately sized outdoor condensing unit.

“Even if you’re pairing the variable-speed indoor unit with a basic 14-SEER outdoor unit, you can normally get an equivalent rating of 1- to 1.5-SEER points higher than the standard rating on that condenser because you’re dramatically reducing the energy consumption of the blower,” he said.

At Atlas Butler Heating & Cooling in Columbus, Ohio, it’s the comfort advisors’ belief in the benefits of variable-speed that helps the company make the sale. According to Jeff Starkey, vice president of residential sales operations, about 60 percent of the units the company sells are equipped with variable speed indoor blowers.

“All of our comfort advisors are well-educated on the benefits of variable-speed products, and they truly believe in them,” Starkey told The NEWS. “Believing in a product has a huge impact. If they believe, their confidence will spill over with the customer, and the customer will know this is the right thing to do.”

“We talk about how the efficiency kicks up with a variable-speed product, but it really comes down to our ability to communicate how variable-speed technology can help improve their comfort levels,” Starkey said.

He added that once customers understand the benefits, the majority agree that variable speed is the way to go.

“It’s an education rather than a selling process,” Starkey noted. “I tell all my salespeople, ‘At the end of the day, you’re not a salesperson. You’re there to educate people about what’s out there, give them their options, and let them take it from there.’ Our salespeople are educated and enthusiastic about the benefits of variable speed. If a salesperson truly believes that an entry-level unit is the best option for customers, that’s all that salesperson will ever sell. But, if your salespeople truly believe in the many benefits that variable speed offers, they’ll communicate that, and the customers will believe it, too.” 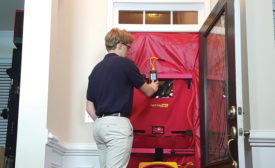 Differentiate Yourself with HPC

Offering home-performance services can set a contracting business apart from its competition, help bring in new business from both existing and new customers, and create interesting work for its employees, all while providing a comfortable and safe home for your customers. 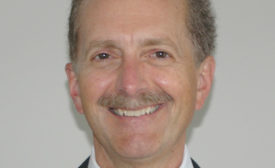 The more homeowners know, the more likely they are to invest
Ron Rajecki
No Comments

A big part of the challenge of promoting home-performance contracting is that, for homeowners, the performance of the mechanical side of their homes is largely invisible. 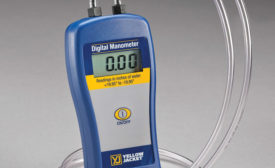 The right tools in the right hands can make all the difference when it comes to home-performance services. NCI president Rob Falke and other contractors provide a list of the tools required to be successful in home-performance work. 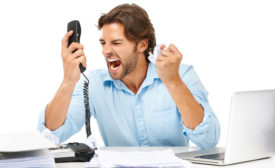 While some folks are harder to please than others, HVAC contractors say there are proven practices that can help prevent a tense situation from escalating. And, with the right tactics, you can even turn an angry customer into a happy, satisfied one.

In this issue, we look at the trends impacting the Internet of Things market, and how contractors can improve system performance by upgrading motors and drives extends across all HVACR sectors.