Trades among the groups most hesitant about getting a shot

About half of the eligible U.S. population has received at least one shot of a COVID-19 vaccine, and a third are fully vaccinated. However, the pace of vaccination now shows signs of slowing after the initial rush. Those in the trades, including HVAC technicians, are among the most hesitant to get their shots.

This leaves HVAC contractors in a difficult position. Many consumers prefer vaccinated workers in their homes. Soon, some commercial clients may require them. But most HVAC contractors would rather encourage their employees to get their shots than mandate it. There’s some question if they could mandate that even if they wanted.

A recent survey of construction workers found about half are either still considering or have decided to forego vaccination. That’s why the Associated General Contractors of America (AGC) spent the week of April 19 urging construction workers to get their shots. The association distributed educational materials and shared the message that getting vaccinated is a form of job site safety, just like wearing a hardhat.

“It’s about keeping your coworkers safe while you’re working and keeping your family safe when you’re home,” said Brian Turmail, AGC’s vice president of public affairs. “Just as we have an obligation to encourage our members and their workers to wear their PPE, to look out for each other on the job site, to follow best safety practices, we have an obligation to encourage people to get vaccinated when it’s their turn.” 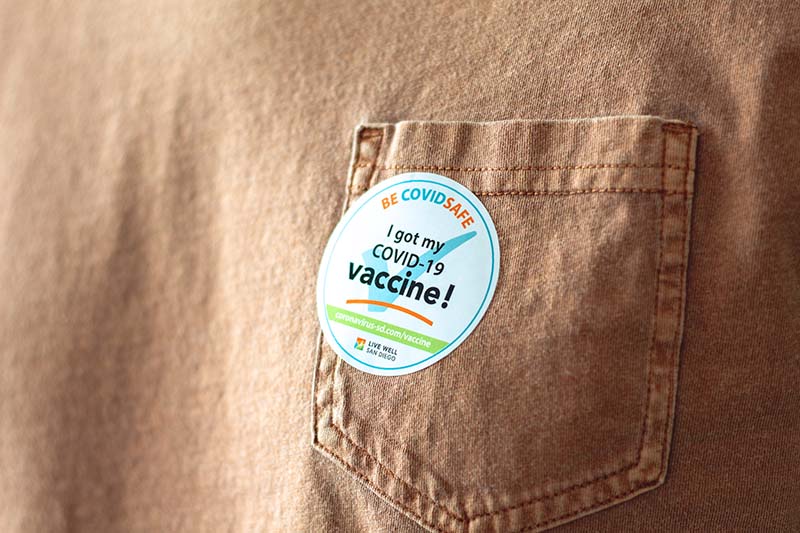 JABS ON THE JOB: Some contractors are working with partners to put together vaccination events. (Photo Courtesy of Marisol Benitez on Unsplash)

Several construction firms and affiliated groups have hosted mass vaccination events. Walbridge, a Michigan-based construction firm, hosted one such event at an active construction site, the General Motors Factory Zero in Detroit. The event was sponsored by the Michigan Building and Construction Trades Council and coordinated with the Detroit Health Department. Nearly 400 people received their first dose.

Turmail expects more such events, along with safety shutdowns to discuss vaccination. At some point, he said, getting vaccinated might become a requirement for working on some projects. There is some precedent for clients to establish those kind of rules.

It’s less clear that employers can mandate vaccination for their staffs. They could in most normal situations. Many companies make such a requirement of flu shots. Since all the COVID vaccines have thus far only received emergency authorization rather than official approval, however, lawyers disagree on whether a mandate is legal.

Lawmakers in more than 40 states have proposed bills to ban such mandates. At the same time, state governments are looking at other ways to encourage vaccinations. Some are tying vaccination rates to lifting pandemic restrictions. A tax credit just passed at the federal level that pays for time off when employees get their shots and for any period they need to recover from side effects.

Clay’s Climate Control in Linwood, New Jersey, is one of the HVAC firms taking advantage of this tax credit as part of its effort to encourage employees to get vaccinated. Co-owner Jen Pierce said the firm shared that these credits only take effect through Sept. 30. After that, employees will have to use their own time off. She hopes this gets them to move on getting their shots.

Another incentive for Clay’s employees is getting vaccinated will exempt them from having to use the CertiClear app. This app, which is used by many businesses, requires employees answer a series of questions and enter a temperature reading every day.

Staff have strong opinions both for and against vaccination, Pierce said. She tries to use her own training in biochemistry to best inform employees. Pierce only offers input if asked, and only shares what she’s read in scientific journals.

“It makes them feel that the decision they’re going to make is an informed decision and they can be at peace with their decision,” she said.

There are anecdotal reports of consumers requesting vaccinated staff from home services companies. Pierce said that has yet to come up with her clients, in part because Clay’s makes it clear that it takes all safety protocols seriously.

Linda Couch, CEO of Parrish Services Inc. in Manassas, Virginia, dedicated an office worker to schedule vaccination appointments for employees when they were hard to find. This employee hunted on websites and social media to find openings. Couch said Parrish employees were told to take whatever times they could get.

“I’d rather have them vaccinated,” Couch said. “I’ll figure out the schedule.” 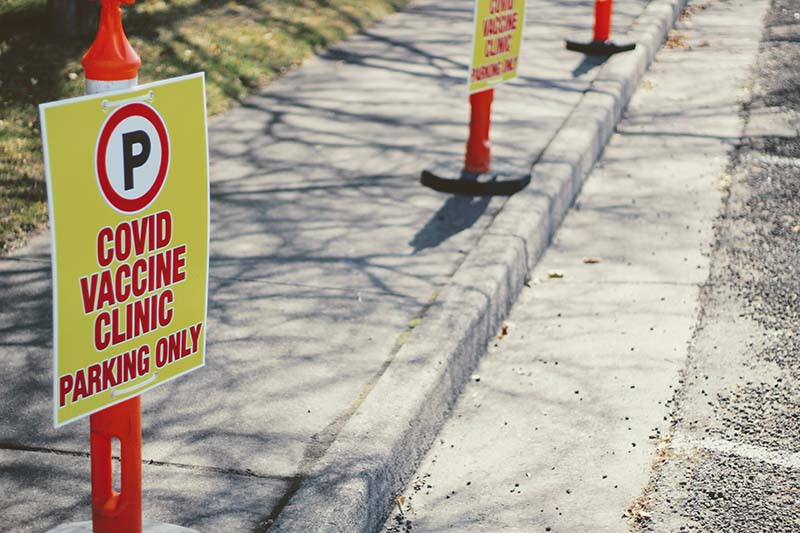 At one point, Parrish sent employees to a local pharmacy when they found out it had doses to spare. Now it’s much easier to get an appointment. Some pharmacies are even offering walk-in vaccinations.

Still, many technicians at Parrish, just like at many other HVAC firms, are putting off the shots. Couch said it follows a pattern of thought among many workers in the business. These are the same people who opt out of disability insurance despite working in high-risk jobs.

“They just don’t expect it to affect them,” she said.

So far, COVID has not personally affected any Parrish employees, thanks in part to the efforts of Couch and the rest of the management team. The firm’s office staff was already remote prior to the pandemic. Parrish added language about mask usage and social distancing to its pre-call messaging. Couch said they even added a few employees who left their old jobs because they found the environment less safe.

At some point, Couch expects the issue of whether technicians are vaccinated or not will grow larger. She said the firm is looking at its options going forward on requiring vaccination. Couch said a few customers have already asked about it.

“The more people get vaccinated, the more common that question is going to become,” she said.