New campaign promotes geothermal as “Energy we can all agree on”

On November 18, the Geothermal Exchange Organization (GEO) launched a campaign to raise awareness of geothermal heating and cooling as an affordable, renewable, and efficient way of controlling an indoor climate. The campaign centers on one message: “Geothermal: Energy we can all agree on.”

“I’m driving across the heartland of America,” he says in one of the ads, “trying to get everyday people to stop using fossil fuels and to start using geothermal, before our planet bursts into flames.”

But this task is made difficult by the climate change skeptics he encounters. They come from a variety of backgrounds, and all are convinced climate change is a non-issue. These are all non-actors who were cast for the campaign based on their real world beliefs.

“Do you know how many times the world is supposed to have ended already?” one of them says. “Lots.” 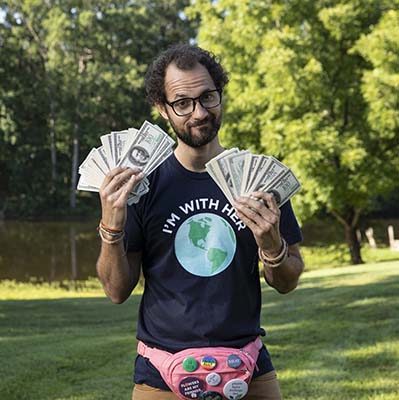 In response to the skepticism, Eric offers them an energy audit of their home, and shows them the savings geothermal could have offered them. For one man, this totals $40,000. These numbers were actual results from an energy audit performed on the homes they live in. The ads end with Eric and the skeptics finding common ground in geothermal heating and cooling. Eric wants to protect the Earth, the climate change skeptics want to save money, and geothermal is the solution for both.

Tim Litton, director of marketing communications for WaterFurnace International, said that the campaign uses humor to bridge gaps over what can be a contentious topic in a polarized country.

“Energy we can all agree on,” Litton said. “That’s meant to communicate that geothermal uniquely sits at the crossroads of savings, conversation, and environmentalism.”

The campaign also features 15-second ads that emphasize the benefits further: Cost savings, the environment, comfort, and conservation. “Red or blue,” Eric says in an ad, “We can all agree on green.”

GEO partnered with three of its manufacturing members (ClimateMaster, WaterFurnace, and EnerTech) to create a consistent marketing strategy. 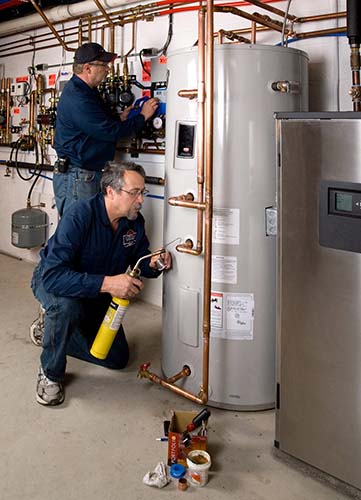 “Instead of having each brand represent themselves, why not have a brand-agnostic, technology-centric message that really represents the benefits of the technology?” said Ryan Dougherty, chief operating officer of GEO. “So that’s exactly what we did.”

The coalition worked with ad agency 180 LA, which has done previous work with the University of Phoenix and Lululemon. The campaign took 16 months to create, with three weekly status meetings, and several thousands of miles traveled. The ads will run on Connected TV, digital, and social media, pointing traffic to an educational website, geothermalforall.com, where customers can continue to learn more about geothermal and connect with a provider in their area. It will launch in thirteen states, centered in the Midwest.

If people see the ad, visits the website, and then requests more information about geothermal, they are entered into a further informational email drip campaign.

“We talk about some tips for finding an installer, some details about the federal tax credit,” said Bryson Buehrer, senior content creator for EnerTech. “All of this further educates those users that want more information, and at the end of every single email, it points back to WaterFurnace, ClimateMaster, and EnerTech, all from the perspective of the GeoExchange organization.”

GEO said that one of customers’ barriers to adopting geothermal is a lack of awareness. People know very little about geothermal as a viable heating and cooling solution, which the organization hopes to change with the campaign. When it comes time to choose an HVAC system, geothermal will be on the top of their minds as an option to consider.

“People don’t want to spend money on an HVAC system, they want to spend it on something that is flashy and fun, like their car or a new TV,” said Mallory Fohne, marketing director at Enertech. “We have to be seen as a lifestyle brand. As something you want to spend and make that investment on.”

“Most people when they’re thinking about their HVAC system, they aren’t really thinking about it unless it’s a problem,” said Scott Stayon, director of marketing and product management for ClimateMaster. “If they’re comfortable, things are good.”

AN OPPORTUNITY FOR CONTRACTORS

“We are thrilled at the prospect of contractors engaging with this campaign and sharing it,” said Dougherty. “And we would love for them to not just do it that one time and forget about it.”

He said the campaign would be promoted for the next several years.

“So I would urge contractors to not only engage, but engage regularly,” he added. “Make it a part of their quarterly communications by sharing it, posting it, liking it, etc., and getting it out to their customer base.” 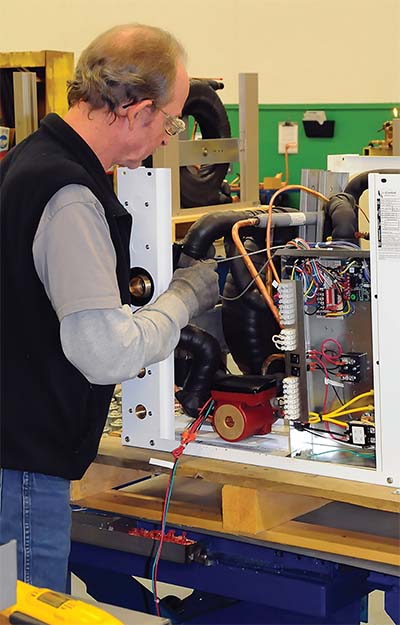 MANUFACTURED SYSTEM: A geothermal heat pump is put together on an assembly line in a factory.

By promoting geothermal, contractors can differentiate themselves from the competition. In addition, as energy dynamics and regulation change across the nation, geothermal should be considered as a potential addition to the portfolio, Litton said.

“People are becoming more and more interested in renewable energy every day,” he added. “So renewables, especially geothermal, is a great way for them to separate themselves from the competition and have a more innovative persona around the company.”

Some customers may be concerned about the upfront cost, so Litton recommended focusing on monthly cost versus system costs. He noted that financing has really driven the automobile industry, and a similar concept could occur with geothermal. With the tax credit, he’s seen payback returns in as short as three years between the cost difference between a conventional and a geothermal system.

“Contractors, in order to sell geothermal, absolutely have to focus on the lifetime performance of the equipment, which will last longer because it’s protected from the elements,” he said. “But on a monthly basis, [customers] are going to break even in a very rapid pace and be cash flow positive.”